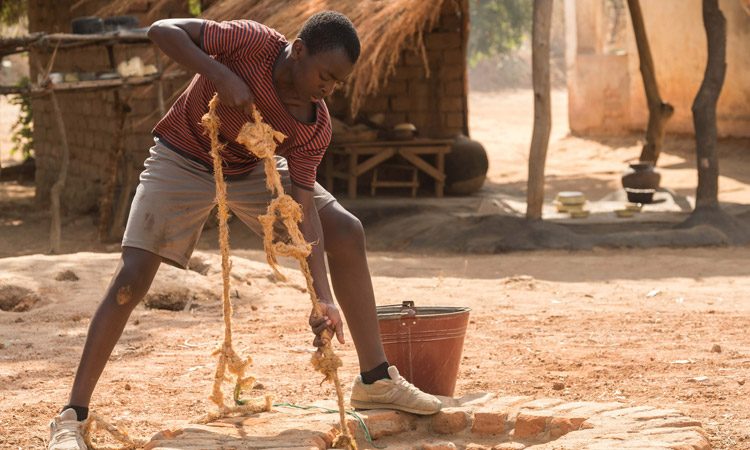 The title is what the film is all about. Real life events have inspired a book which is the base of the movie. When faced with dire circumstances that threaten to wipe away a community, a boy William Kamkwamba (Maxwell Simba) raises to the occasion, using his power of education. 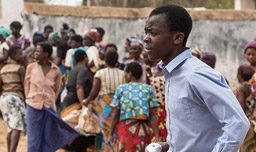 Chiwetel Ejiofor is not only the actor, but is also the director and credited as the writer for the movie. Phew! Well, as long as he has acted the way he has it doesn’t matter. There were multiple shades in his character that changes due to the tiring circumstances. Chiwetel showcases them all beautifully without ever going overboard.

The character arc is very well brought out by Chiwetel in a natural flow of the narrative. There are many scenes which stand out, but the one which sticks is the helpless anguish and frustration directed at his son when he proposes a solution. We feel for what the man has become due to the back-breaking conditions around him.

For his debut as director Chiwetel Ejiofor has picked a very challenging subject. The plight of the farmers and the struggles to meet the daily needs and their desperation has a universal connection even though the story is set in the village of Wimbe. Besides, there is a sweeping connection with the ultimate triumph of the underdog.

From the word go, Chiwetel adopts a heightened realistic tone for the movie. Everything is shown in such a way that the impact is more than usual, but in a way that it is not in the face. The dry lands, the storms, the rains, the pain is all done to increase the level of empathy visually. It doesn’t get to a distracting level to take the focus away from the main issue though. 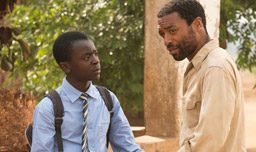 The various dynamics, inter-personal family and community relationships, the political landscape, the farm and the change in eco-system, are all adequately blended into the narrative without anything sticking out or jarring. The core, of course, dealing with education and fighting draught have been given the most prominence. They are well staged and acted all the way.

The downside on the movie is the less time given to the triumph. After all the impossible to survive struggle, and starving and frustration, leading to father showing his anguish on the son, the solution seems to happen so quickly. It is the issue with screenplay more than the direction or writing. The way the whole thing is concluded makes one feel it is only skimming the surface of the emotional depth that could have been.

Overall, The Boy Who Harnessed The Wind, is still a nice feel-good film within the hyper-realistic terrain. It shows the condition and suffering of the villagers empathetically. Watch it, to see how the basic situation of farmers in any part of the world is the same.

Maxwell Simba plays the “Boy” in the title. He is perfect for the part and has done an immaculate job in portraying the emotions of the kid well. The anguish and pain combined with helplessness are wonderfully displayed. The confrontation with the father character was fine, but it could have been better though. Among the rest, Joseph Marcell and Aissa Maiga standout with a brilliant scene each, while Lemogang Tsipa, Noma Dumezweni and Lily Banda are alright.

The music by Antonio Pinto is fantastic. It almost feels therapeutic listening to it. The exceptional quality here is that background score can be heard in isolation or with the visuals, and yet the impact wouldn’t be lost. The cinematography by Dick Pope is impressive. It is raw and gritty and showcases the reality and local flavour well without losing the sense of an epic. The writing is beautiful, but in the final scheme of things, it scores low.