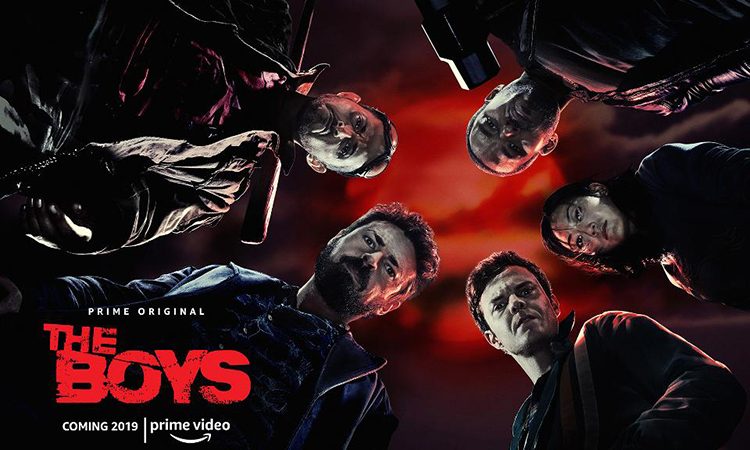 Hughie (Jack Quaid) loses his girlfriend due to a superhero. What does he do in retaliation? How he becomes a catalyst in forming a group of vigilantes where Billy Butcher (Karl Urban), Mother’s Milk (Laz Alonso) and Frenchie (Tomer Kapon) are other members. And can a group of ordinary men take on a team of Superheroes? 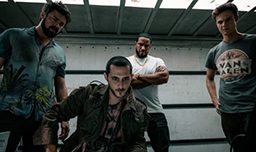 Karl Urban, who seems to be acting since forever, has got a compelling and entertaining role in The Boys. As a senior, he comes across as towering. He looms large over others with his confidence and ease in the portrayal of the character of Billy Butcher.

The character offers a lot of scope for drama, and Karl Urban raises to the occasion. The various shades are well showcased in a layered manner. Take the emotion and angle involving the wife; it gets significant as we get deep into the story instead of upfront. The actor manages to show that growth and frustration and anger in equal proportions. All the while, he maintains terrific chemistry with the rest of the members.

The sequences involving the track of wife, and scenes with Hughie (Jack Quaid) are the best parts. Others like the banter between him and Frenchie (Tomer Kapon) and Mother’s Milk (Laz Alonso) help in providing fun and entertainment. It is a well-balanced memorable part which the actor has nailed to perfection.

As many as eight directors are credited as directors for the series. However, there is a consistent tone right from the start to the end, and nothing feels jarring. Credit must go to the creator Eric Kripke for getting that consistency.

A series full of superheroes, in the current cinema atmosphere globally with superhero fatigue, can easily lead to another tiring and boring watch with clichés galore. However, The Boys happens to be the perfect antidote for the overdose of Super-hero based entertainment.

The basic plot centred on the collateral damage caused by Super-heroes is interesting. However, there is more to the narrative. It has an edge that is mostly missing in the works of these kinds, which has become a genre in itself.

In the eight episodes through the various Super-hero characters, the narrative addresses pertinent issues which are easily and instantly identifiable. The whole Starlight track juxtaposed with Queen Maeve, for example, deals with various feminism problems that are global talking points. There is also a touch of ‘MeToo’ as well.

Similarly, the dual nature exhibited by Antony Starr’s Homelander and the good-guy image he has to make up continually are all neatly included in the narrative without losing sight of the main plot. How it is a common feature across ‘The Seven’, and the way they have to live up to an idle has been brilliantly shown. 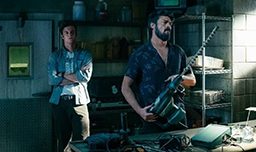 The opening parts take time to get used to, but the second episode in we are hooked onto the proceedings with various twists and turns. There is a lot of violence that is visibly and verbally felt via writing. It is what that gives the narrative an edge throughout. The fact that it is all related to the Super-hero stuff makes it even more potent.

As we get to the final, things do get tiresome, a bit. There is a feeling of repetitiveness seeping in which makes the proceedings a little less exciting and predictable. However, the climax again makes up for it with an unexpected ending. Mind you, it leaves with more questions than answers, and that means we have to wait for the second season which has already been commissioned.

Overall, The Boys is a huge breath of relief within the Super-hero stuff that we see on the big and small screen. It is contemporary and very edgy, making it a must-watch.

Apart from Karl Urban, there are Jack Quaid, Laz Alonso, Tomer Kapon, and Karen Fukuhara who are part of the vigilante gang The Boys. Besides the last name on the list, the others grow in screen presence and characterisation as the show progresses.

Jack Quaid is superb as a youth who has his individual coming of the age track going-on. His transformation from a reluctant boy to a person who seems to enjoy the violence is neatly done. Laz and Tomer hit it off instantly and continue the bonhomie until the end that is enjoyable to watch.

Antony Starr, Erin Moriarty, Dominique McElligott, Elisabeth Shue, and others part of The Seven and Vought International are perfect in their roles. Antony Starr is fantastic and gives a chilling account of a rogue superhero with a high streak of violence. Erin Moriarty gets the naïve girl coming to terms with reality right. The rest have also done an excellent job in the supporting roles they have got, which is crucial to the proceedings as a whole.

Christopher Lennertz gives an upbeat racy mood for The Boys with his background score. There is undercurrent energy flowing through all the way. The usage of classic songs at crucial moments is neatly done as well. Various people handle cinematography. The visual cue seems to be the late 90’s –early 2000’s action movie look which is achieved so precisely that sometimes The Boys looks like an old movie. The editing, again by multiple people, is impressive without too much flashiness and focusing on the content. The writing is excellent for the most part.

The Boys Review by Siddartha ToletiFollow us on Google News