Home Reviews The Girl On The Train Review – The Messy Screenplay Doesn’t Quite...
Binged Rating2/5 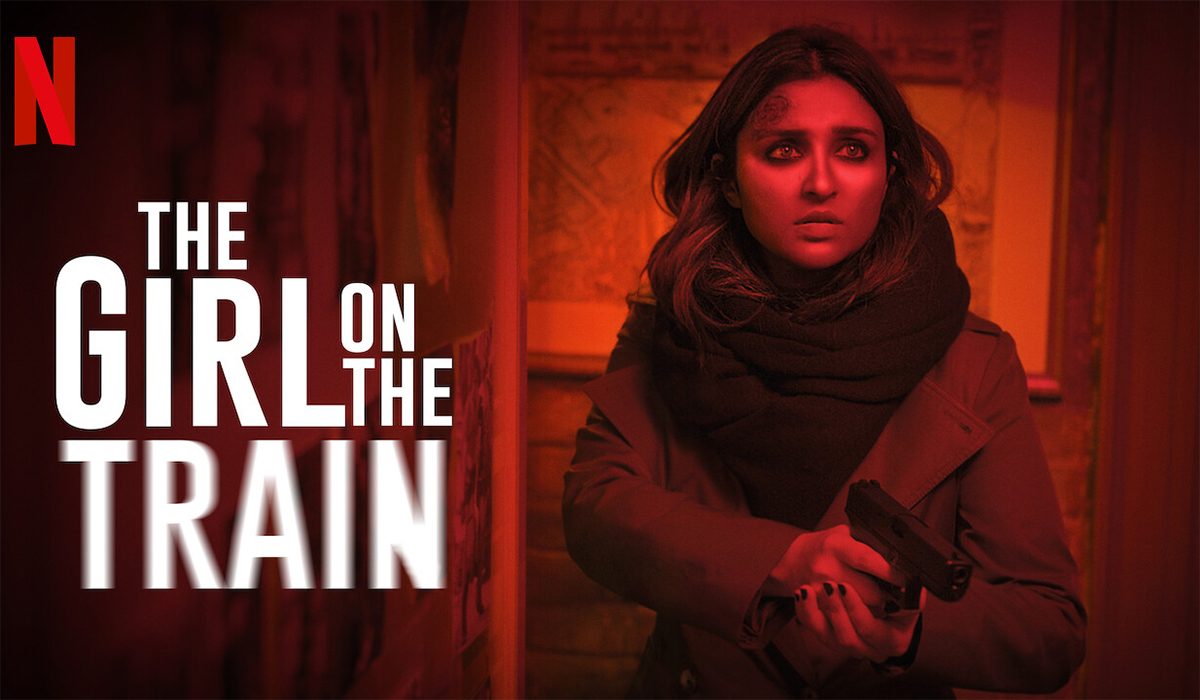 BOTTOM LINE: The Messy Screenplay Doesn’t Quite Get The Suspense And Thrill Right

The Girl On The Train is Netflix’s latest Bollywood direct to digital acquisition. The story is set in suburban London, just like Paula Hawkins’ eponymous book it is adapted from. 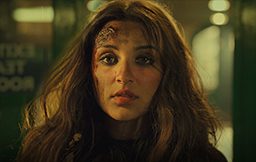 Meera (Parineeti Chopra) is a lawyer, who had a flourishing career and a happy married life once upon a time. An incident in her life shatters her blissful existence and gives her ante-retrogade amnesia – her brain is unable to form memories of recent events although her long term memory remains intact. Now divorced from her husband Shekhar (Avinash Tiwary), and a compulsive alcoholic, she finds peace in the voyeuristic ogling of the seemingly happy woman Nusrat John (Aditi Rao Hydari) she glimpses from the train everyday.

But one day Nusrat disappears, and her body is found in the woods near her home. To make matters worse for Meera, police investigation concludes that she was present in the woods that evening, bloodied and injured. But Meera has no recollection of the events of that evening. As the hard-nosed cop (Kirti Kulhari) closes in on her, will Meera be able to prove her innocence?

The Girl On The Train has been written and directed by Ribhu Dasgupta, and produced by Reliance Entertainment. 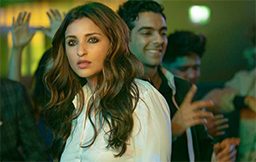 Parineeti Chopra is brilliant in the scenes that require her to be sane and sober. She carries off those scenes flawlessly. It is when she has to play drunk, vicious and out of control that she loses grip on her performance. Parineeti’s portrayal of an unhinged, unmanageable alcoholic comes across as contrived and pretentious as opposed to natural and intuitive.

Avinash Tiwary is average as Meera’s insensitive husband. Aditi Rao Hyadri is saddled with a muddled role, the reason for her less than accomplished performance. Kirti Kulhari’s portrayal of the cop is also unconvincing and contrived, again the result of a poorly conceived character.

The Girl On The Train is the perfect example of a murder and suspense drama that doesn’t quite get it right. The narrative is riddled with absurd errors and clunky dialogues. The sluggish pace of the storytelling, and the constant back and forth from present to past and back again, adds to the film’s woes. The story fails to suck the viewer into the events unfolding on screen, leaving them with a minor, dispassionate interest in the convoluted plot. 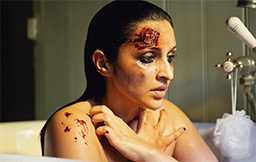 The suspense and the big reveals at crucial points happen so nonchalantly that they fail to make an impact. At no point in the film are we left gobsmacked with the unravelling of the suspense – which must be counted as the biggest failure of a supposed murder mystery.

It’s not just the narrative that is the weakest link of The Girl On The Train. The poorly conceived characters are a problem unto themselves. From Meera to Shekhar to Kirti Kulhari’s cop, the film is chock-full with soulless cardboard characters, as ineffective as they come.

To put it succinctly, Ribhu Dasgupta’s The Girl On The Train suffers majorly on account of the poorly fleshed out characters, the ill-conceived messy screenplay and the amateurish narrative. Not a must-watch by any standards.

Sunny and Inder Bawra and Vipin Patwa are credited with the soundtrack of The Girl On The Train. The songs are eminently forgettable, not to say, inessential to the narrative. Chandan Saxena’s background score succeeds in building up the tempo well.

Tribhuvan Babu Sadineni’s cinematography is average, nothing extraordinary. It is in fact a failed opportunity to leverage the enigmatic beauty of and the isolated countryside of England. The film would have done well to take a leaf out of Badla’s shrouded-in-mystery, atmospheric cinematography, another Indian suspense mystery shot in the English countryside.

Parineeti Chopra’s performance, to an extent

Watch only if you have nothing better to do

The Girl On The Train Review by Binged Bureau