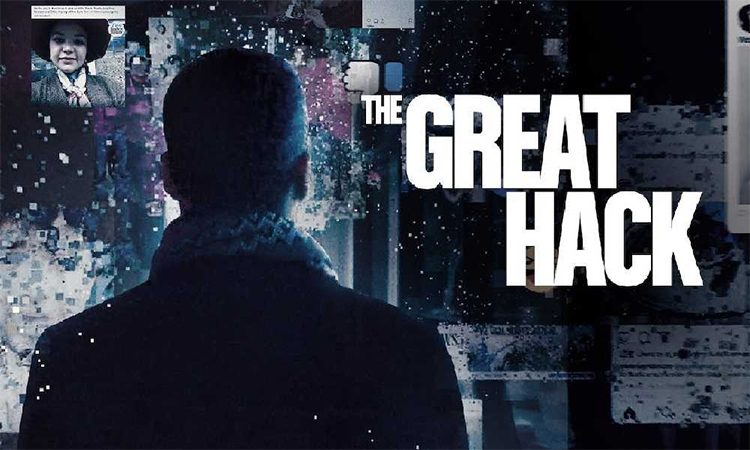 BOTTOM LINE: A Must Watch

Documentaries, in India, don’t attract the same kind of attention that they do in the west unless a star is attached to it. A prime example in this regard is Rubaru Roshani which as backed by Aamir Khan. They are usually avoided due to the dry narration of the subject it focuses on.

But, when it comes to Hollywood, documentaries are made on a wide variety of subjects in different styles. They are also adequately spiced up, depending on the content, and are sometimes informative and controversial as well. All this is to say that some documentaries are enjoyable and thrilling to watch.

The latest Netflix release The Great Hack belongs to the thrilling category. If you have never seen a documentary before, this would be a nice start. Karem Amer and Jehane Noujaim are the directors behind The Great Hack which takes an in-depth look at the Cambridge Analytica scandal.

The movie is narrated through three principle people, David Caroll, Carol Cadwalladr, and Brittany Kaiser. Each provides a different insight into what has actually happened, and the enormity of the issue at hand.

David Corell is a professor at Parsons School of Design is the common man perspective who tells us what it is exactly we are dealing. The opening alone gives a chill when we realise the amount of personal data we give away that affects us in ways we can’t imagine.

We are then slowly taken into the world of digital mining and theft of data with the introduction of Cambridge Analytica. Brittany Kaiser gives an inside perspective of how the organisation works and what is their motive and driving factor. The reality we know turns scary when we understand how much of our behaviours were manipulated and channelled into a direction that the bigger powers wanted.

For an Indian viewer, India is passed off nonchalantly as one of the places where the Cambridge Analytica has successfully proven its worth. The 2010 election is cited as passing bit of information. The West Indies election is shown with a more prominent detail.

However, the primary focus is on the 2016 US Presidential Election. The Great Hack tells how Cambridge Analytica through its targeted advertising based on the data obtained from Facebook etc. brought a change in the electoral process.

Most of what is shown will be known to people who thoroughly follow the updates in media, and read everything. However, The Great Hack still is an engaging watch due to the individual perspectives that is mentioned-above. The psychology of Brittany Kaiser, the whistleblower, is intriguing, and can’t be known through regular write-ups.

The involvement of Facebook and how, social media, in general, which came in the first place to bring people together has now become a weapon for powerful people, is well documented. It makes us think about how things are shaping around us.

The fear psychosis that social media has been able to develop is undeniable. The fake story narratives that lead to mob violence are visible everywhere. A chill passes through the spine, knowing how our data, at an individual level, is used to generate hate, smear campaign, the polarisation of views, on a larger scale. The connection which was meant to bring happiness is helping all the negativity find common ground.

At one point, Brittany Kaiser says it is a weapon-grade communication tactic and looking at how things transpired; it does seem right to say so. However, the frightening part is despite exposing all this stuff and shutting down of Cambridge Analytica; there is still no guarantee to safety of our data. Also, it is not officially recognised as a crime. We don’t know if others are existing doing the same, and are not aware of it.

In the end, it comes across as a bit dissatisfying or not to know what we can do to avoid them. But, that is a broader debate, and for that to happen, the general population need to be aware of it first. In that way, The Great Hack is a must-watch even though it offers no solution.