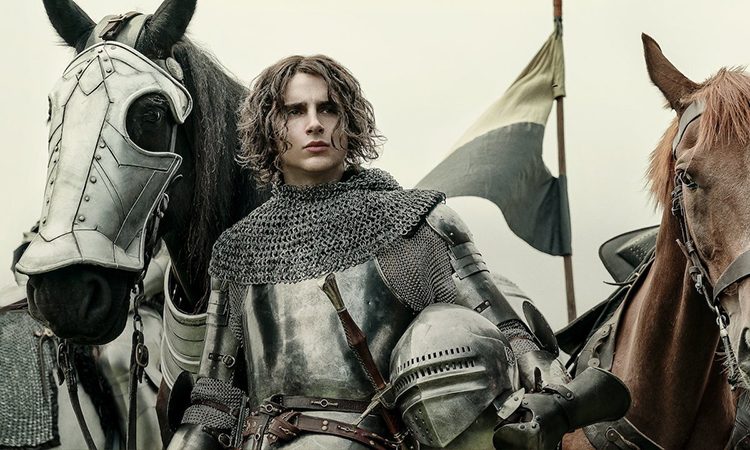 BOTTOM LINE: A Dramatic Tale of Royalty and Deceit

Based on William Shakespeare’s collection of historical plays Henriad, The King traces the journey of a young prince, the successor of King Henry IV in the English empire and the conflicts arising out of his military decisions. Hal and Thomas are the sons of the king, the latter despite being the younger of the siblings is the choice of the father to occupy the throne. Hal is a wayward child, who isn’t in favour of the policies of his father, boozing away, spending his time with the civilians more or less, making him a very unlikely choice for the royal chair. However, destiny has other ideas as the unexpected death of Thomas in a battle for conquest forces Hal to be crowned King Henry V. Will he emerge successful in taking control over the French territory? 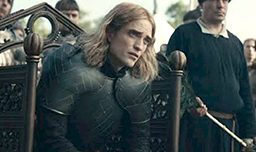 If there’s someone who holds the film together despite all its follies, it is a sharp Timothée Chalamet. The royal vibe of the story, the attire, the characterisation fit so well for the young actor, who comes after impressive performances in Call Me By Your Name and Beautiful Boy. There’s something so sensitive and fragile about him that helps him mirror the vulnerabilities of his characters quite effectively.

In terms of performances, the other actors are only adequate if not extraordinary. Robert Pattinson’s casting as The Dauphin may take you by surprise – the wild side to him, his quirky appearance and diction lend an uncanny appeal to the role. Dean-Charles Chapman in the shoes of Thomas displays the right amount of anger and restlessness for a prince who isn’t given his due.

Joel Edgerton, as a loyalist to a young king, brings more morbidity to the role than intensity. Sean Harris, cast as Gascoigne, offers an old-school yet a solid dramatic performance, who gets a terrific climax to display his prowess. The supporting actors fit into their parts but don’t have much scope for performance. 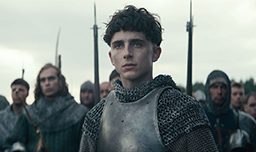 The director David Michod displays terrific meticulousness in getting the ambience of the medieval era right. With the sharp yet sophisticated dialogue, the dramatic foundation for the narrative, balancing the internal and the external conflicts of his characters, the filmmaker doesn’t take much time in drawing a viewer into the story. The costumes, the set design, the pitch-perfect casting contribute richly to the visual appeal. Though the acting is very subtle, the premise feels quite authentic and theatrical (of course, it is Shakespeare) to give the makers enough material to pull off a juicy narrative. They are generally successful in their attempt.

There’s hardly anything that goes wrong with the writing. The story takes an incisive peek into the plight of a young king, who’s forced to lead an empire without a true confidante by his side. The conflict between the brothers Hal and Thomas is quite arresting. Thomas is a clear choice for the throne, but his hotheadedness becomes a reason for his undoing. Hal is undeserving and unprepared as a prince and yet, transforms himself to be a man of great ideals in the time of crisis. His persistent attempts to avoid war, human loss and the much-debated perception that it is a sign of weakness, sustains the drama quotient of the narrative.

The underlining philosophies of war, monarchy, kingdom and conquests are explored across several situations, complemented by the enriching dialogue. There’s a lot in it to appreciate for the historical and literary enthusiast but the film engages in a lot of indulgent theatrics too that robs the richness of the story. The film tells more than it shows and that’s one reason it doesn’t traverse the narrative depths one expects it to. The staging of the war sequences is downright silly, the focus on war strategies seem too simplistic and sometimes idealistic.

The drama and emotions work for the most part, but one wishes there were more potently orchestrated sequences (more like the climactic sequence between Hal and Justice Gascoigne). Yet, one can’t undermine the honesty with which The King is made. Just that the makers were too much in love with Shakespeare and didn’t know where to draw the line in terms of inspiration and channelise his dramatic value into a film script. 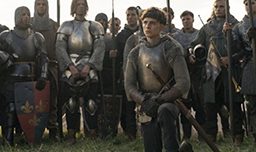 True to the setting, Nicholas Britell’s score is grand, euphoric and gives enough meat to the writing in the dramatic sequences. The cinematographer, despite being burdened by the production limitations, sets up the dark, eerie tone of the film with a great taste for detailing. The action sequences needed more vigour in them, and so did the characterisations in the film beyond its lead protagonist. The writing, despite being very alluring, is more suited for a theatre play than a film.