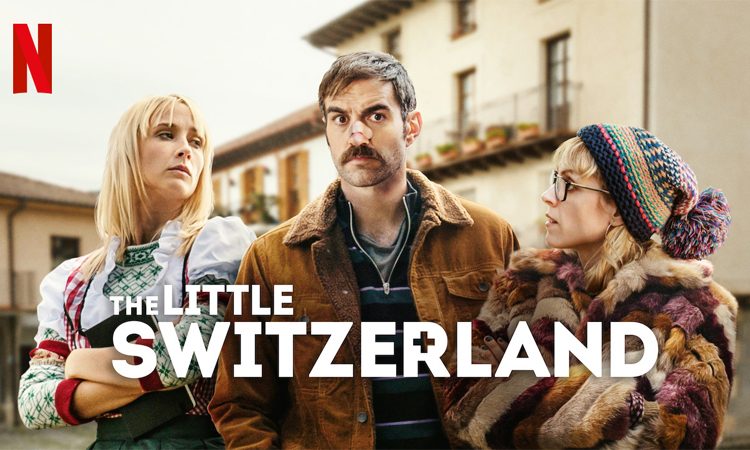 A village in Basque Country tries desperately to become part of Switzerland after an unexpected discovery. What is it that has been found? Do the villagers get annexed into Switzerland is what the movie is all about, told as a comedy. 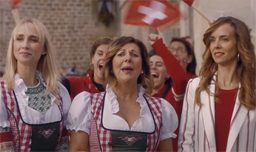 John Plazaola plays lead who is oblivious to what is happening around him. He is not entirely dumb but is kind of absentminded in his world. In this case, John Plazaola has his personal and professional work. The actor fits into the part extremely well and delivers an easily likeable act. There are no big dramatic moments to speak off, but he pulls off the typical role presented to him, well. It involves building chemistry with the female lead.

Kepa Sojo directs The Little Switzerland which gets inspiration for the story from the movie Passport To Pimlico that came as far back as 1949. It is a plot that is unique to the European continent. And the comedy and subtexts everything is rooted in their nativity.

To give an idea in the Indian context, since there has been a recent development that has become a hot topic. Recently Jammu And Kashmir have been integrated to India after Article 370 has been annexed. Now, imagine a situation where a village or a small town of the state discovers a written letter of some form which makes them part of another country. The events that unfold are told comically in The Little Switzerland.

The problem, unfortunately, with The Little Switzerland is that the comedy of errors doesn’t engage. There is chaos all around due to multiple characters and their motives. Amidst all this, a love story and other routine things are happening, which add to boredom.

Apart from the basic plot, there are a few parts which provide fun due to the sheer over the top context working at the narrative level. Besides those, nothing else works. Too many subplots involving multiple characters are the biggest issue with the movie. Eventually, it leads to a contrived-ness in the narrative which might not have been the actual intention. It makes even a one and half hour movie feel extremely lengthy and highly irritating.

Overall, if one understands the context of the movie and can get an idea of the location and whole scenario, there are a few laughs to have in The Little Switzerland. Otherwise, it is an easily skippable flick.

Maggie Civantos, like many others in the movie, has a neat role that is not utilised correctly. It is mainly a problem for her as the character has some length but lacks depth and is half-baked. It gets into a confusing zone as the narrative progresses, and the viewer’s feel the same. Ingrid Garcia Jonsson has a similar problem with lesser run time. Her character seems to be left out with no answers at the end.

The rest which comprises of names like Lander Otaola, Secun de la Rosa, Ramon Barea, Mikel Losada etc. have brief supporting parts that get too confusing as the narrative progresses. If you miss any of their intros, the chances are high that there might be confusion until the end as to who they are, and what is their motive. 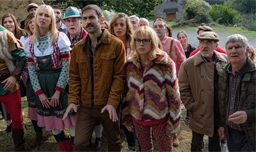 Kenneth Oribe is the cinematographer, and he captures the beauty of the countryside exceptionally well. Visually, the movie looks slick and reminds us of the British comedies in similar space. The music is mostly serviceable. Sofia Escude’s editing could have been better. However, it might be the other way around looking at the film in entirety. Sofia’s hard work and sharpness with the scissors must have made the narrative trimmer. Many people are credited with writing. It makes one wonder if this could be a reason for the overstuffed and disinteresting narrative of the movie.