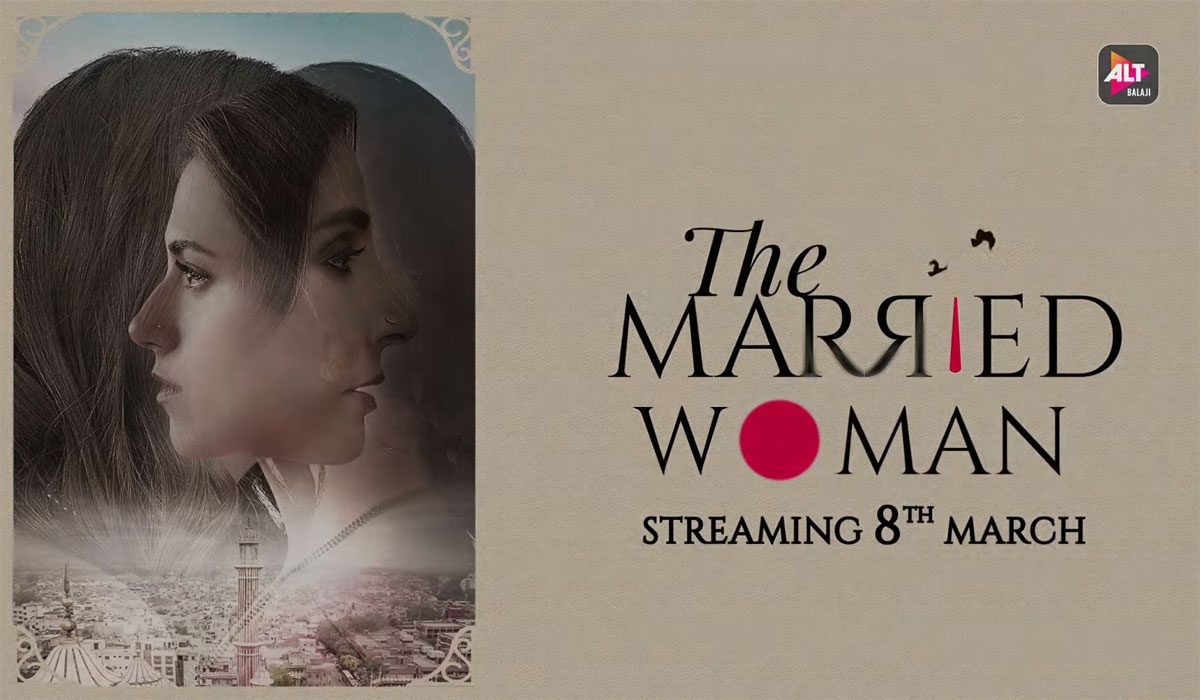 ZEE5 and ALTBalaji’s latest OTT offering, The Married Woman, is an adaptation of Manju Kapur’s 2003 novel “A Married Woman”. The series is set in the backdrop of New Delhi of 1992, when the city was racked by Hindu – Muslim skirmishes around the time of the Babri Masjid demolition. 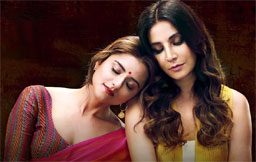 Aastha (Ridhi Dogra) is the typical Indian middle-class wife who puts family before self, and sacrifices the best years of her life in caring for an extended joint family. Her slightly self-centred husband Hemant (Suhaas Ahuja) has nary a clue to her wants, needs and desires. Astha is happy in her mundane life until she meets Eijaz (Imaad Shah), a liberal-minded, free-thinking play director. Eijaz’s sensitive personality and radical thoughts have a profound effect on Aastha, and she gets drawn to him despite herself and her traditional Indian housewife conditioning.

Much stronger than that, however, is the attraction she has towards Eijaz’s widow, Peeplika (Monica Dogra). The more Aastha meets with Peeplika, the more she finds herself falling for the unconventional charms of the whimsical Peeplika. The mutual attraction between them explodes into a full-blown lesbian affair. But there are other things to consider – Aastha’s children, for instance. Where will this taboo love lead the two besotted women?

The Married Woman is written by Jaya Misra and Surabhi Saral, directed by Sahir Raza, and produced by Juggernaut Films and Ekta Kapoor.

Both Ridhi Dogra and Monica Dogra outdo themselves in their respective roles. Ridhi Dogra perfectly brings alive the hesitancy and awkwardness of the strange new feelings developing within her. She’s great in the domestic scenes as well, conveying multiple complex emotions with just her expressions. Monica Dogra delivers a terrific performance as a radical-thinking nonconformist, with avant-garde ideas. Her scenes with Ridhi Dogra’s Aastha are beautifully presented – one scene in particular stands out – when Peeplika sizes up Aastha, circling her, watching her, while taking in the fragrance emanating from her – beautiful! 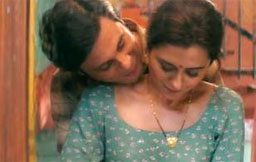 Imaad Shah leaves an impression in the short time he’s on screen. Suhaas Ahuja is delightful as the “every husband ever”, who considers himself the centre of Aastha’s universe by virtue of being the one who puts the bread on the table.

It’s quite apparent that A Married Woman has been made with a lot of loving care. The attention to detail and effort to stick to the period the story is set in – the early nineties – points to the thoughtful filmmaking that has gone into it. The story plays out beautifully, not sounding a single discordant note as it progresses with assured steps.

However, a few things stick out like a sore thumb – the long-winded, leisurely style of storytelling; the contrived American accent of several characters, which grates on the ears; the clunky dialogues in some places; needlessly stretched scenes; and so on. If only director Sahir Raza, and dialogue writers Jaya Misra and Surabhi Saral had paid a tad more attention in these areas, at the same time kept the storytelling shorter and crisper, A Married Woman would have been gold.

What is commendable about the series is that the blossoming of the romance between Aastha and Peeplika is shown in the most natural way possible. There is no awkwardness, no rough-around-the-edges feeling in the narrative. The intimate scenes between them are shot aesthetically, which adds to the naturalness of the proceedings. Seldom has an Indian show got lesbian love scenes right – A Married Woman is one show that does.

The narrative lays bare numerous finer nuances that make up part of the Indian set-up. Patriarchy, homophobia and Islamophobia are the more obvious ones. Peeplika’s fractured relationship with her mother (Divya Seth); Aastha’s sister-in-law Babboo Didi’s (Ayesha Reza) entitled behavior; Hemant’s lack of understanding for Aastha’s true desires; the simmering undercurrents of religious intolerance – are all examples of the above. Of course, Aastha and Peeplika’s relationship sweeps everything along in its fervour.

The scenes that capture Aastha’s domestic routine have a very ‘Thappad-esque” vibe to them – Aastha taking care of her family’s needs on automaton; Hemant’s jibes on her less-than-perfect rotis; his self-centred aspirations – all of it reminds you of the 2020 film. Aastha breaking the fourth wall is an effective narrative device, but is surprisingly done away with as the story gathers momentum. The sequences that show Aastha and Peeplika together are the best ones in the film. All said and done, a shorter, crisper screenplay would have done wonders for the series. For instance, the subplot involving Mudassar (Nabeel Ahmed) and Timsi (Samridhi Dewan) could have been done away with altogether.

Nevertheless, A Married Woman is quite watchable, if you keep one finger on the fast forward button to speed up the story. 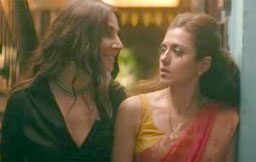 Satya Sharma’s editing is efficient and does the job well. John Wilmor’s cinematography is lovely to behold. The whimsical splashes of colour in almost every montage attracts and holds attention. The sights and sounds of Delhi are not captured as well as they could’ve been. The background score is soulful and understated. The title track is especially pleasing to the ears.

Performances of both female leads

Yes, but watch with a finger firmly poised on the fast-forward button.