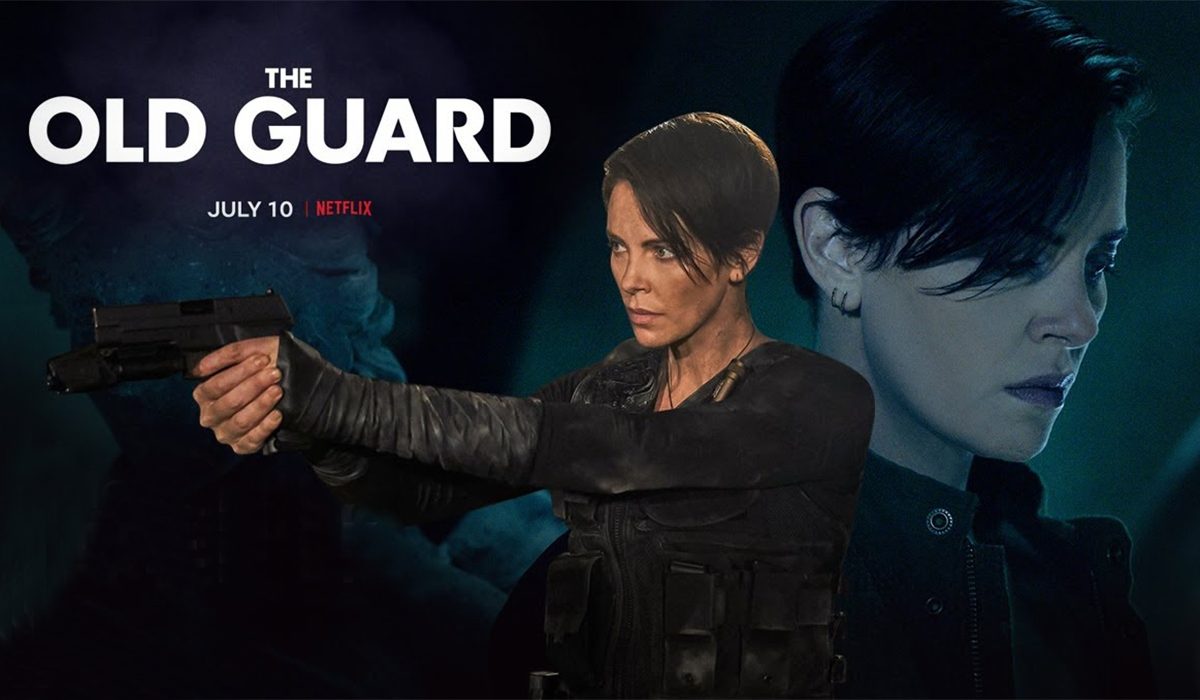 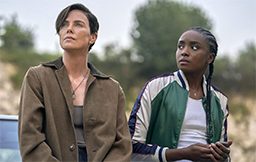 Andy (Charlize Theron), Booker (Matthias Schoenaerts), Joe (Marwan Kenzari) and Nicky (Luca Marinelli)  are an immortal warrior group. They fight for the right for the betterment of the world. One such mission exposes their superhuman abilities to Copley (Chiwetel Ejiofor).

Copley wants to replicate the superhuman abilities of the immortal warriors to other humans. He joins hands with a greedy pharmaceutical company. What happens when a couple of immortals are captured is the basic plot of the movie?

Charlize Theron as Andy aka Andromache of Scythia is seen in another kick-ass action role. What makes her different from others in the female action star space is the acting depth that she brings to any part. Charlize Thoran once again uses her dramatic skills to deliver emotions to a role that would have none and appear bland, otherwise.

All the scenes featuring Charlize Theron and Kiki Layne are a perfect example of the unique ability of the actress to bring an undercurrent emotional connection to the proceedings and character. Her action skills need to special emphasizing, and she does pull them off with ease and style. 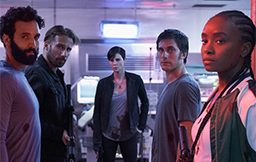 Gina Prince-Bythewood directs The Old Guard. It is a fantasy action thriller set in the modern world. The premise is the key here. If one connects to it, there is a decent, enjoyable film on the hands, but if that is not the case, one may excuse from watching the whole thing at the start.

The Old Guard is about immortal warriors. Their abilities and the crux of the plot are neatly established in the opening block. The action and story are deftly blended. They are followed by an emotional drama that adds to the overall experience. That is if one is on board the project.

The introduction of a new warrior and the brief history of the past are presented engagingly. The action takes a back seat to the proceedings. So, if one is in the movie only for the action blocks, they might be a little disappointed.

Another aspect of The Old Guard is that it demands an emotional investment of the viewers. There is no getting away from it. The makers take what they present serious, and the narrative is not overtly funny one or with self-irony in place (as is one of the prominent trends today). It is something that could leave the viewer split in opinion. We did not mind it. 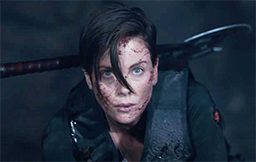 The core conflict involving the harvesting of the superhuman abilities and the greedy corporate giant (here a pharmaceutical company) is very typical and routine. The generic writing further dilutes the stern gravity of the situation the makers try to create.

There are hardly any twists in the narrative, but one’s present is neatly executed. They are tied to the overall story and narrative, well (notably, the first one).

However, what happens at the end (after a lot of action and bloodshed) makes The Old Guard a satisfying watch. The whole thing is like a set up for a bigger action franchise and what we have is a well-rounded foundation. It acts as an origin story of superhero movies to come in future.

Overall, The Old Guard is an engaging one time watch that blends action and drama. It is not an entirely bang-bang affair and demands a little investment in the story. Give it a try if you love action movies with a unique premise. 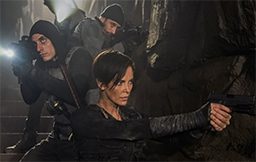 Most of the film contains artists who show acting chops. Everyone gets a scene or two at least to put their expressions to use and not just flex muscle and do fights. Matthias Schoenaerts is better among the four immortals. Marwan Kenzari and Luca Marinelli are adequate. Kiki Layne is the best of the lot. Her travel with Charlize Theron is the best part of the movie besides the action.

Chiwetel Ejiofor is superb in a small but crucial supporting role. His grounded intensity is what helps in the take-off of the movie. Harry Melling playing the typical rich, powerful and ambitious antagonist personality is alright. 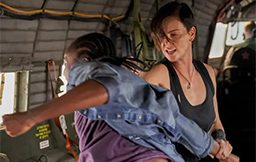 The background score for the movie is good. Along with the editing by Terilyn A. Shropshire, it helps in giving the action a momentum that gives one a fast-paced feeling. The cinematography by Tami Reiker, and Barry Ackroyd, is appropriate for the action-thriller. The writing could have been a little bit better, on the whole.