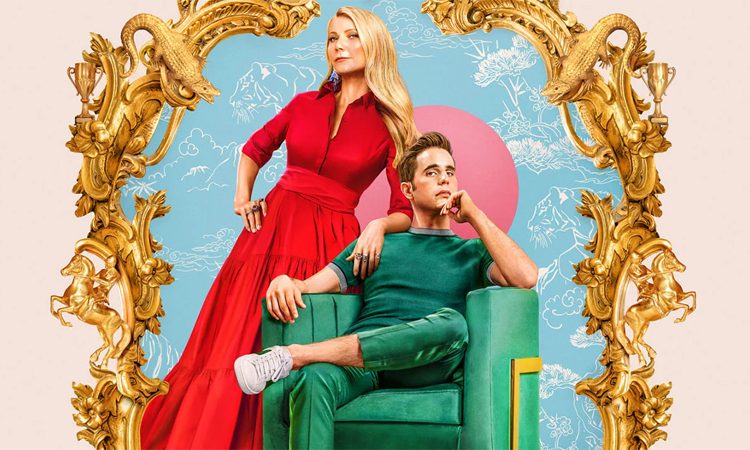 BOTTOM LINE: A Dummies Guide to the Throne

A teenager Payton Hobart, the adopted child among three siblings in a royal family, is fuelled by the desire to become the next President of the United States, ever since he’s had a mind of his own. He’s read every political biography of the former US presidents available in the market, to that of Ronald Reagan to Abraham Lincoln to George Bush and Barack Obama. Imbibing traits, ambitions unique to the political leaders, Payton channelizes his priorities, decisions and career plans accordingly.

Before he attempts to conquer the political bastion though, he has to get past the ultimate test of his high-school life i.e. being the presidential representative of his student counterparts at Saint Sebastian High School. A story of teenage angst, betrayal, manipulation, friendship and love, The Politician is here to take you on a roller-coaster ride. 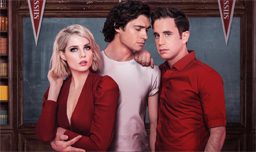 Ben Platt is the heart and the soul of the series and mirrors the inconsistencies of his character quite evocatively. The desperation, the sense of loss, the highhandedness, the compromises of the protagonist are reflected in his heartfelt performance that stays with you long after the series. Lucy Boynton as his presidential opponent gets a fascinatingly inconsistent character and comes up with an act that fits the pitch of her part like a T. Zoey Deutch, in an unconventional role where she fakes a potentially life-threatening disease to her advantage, is equally appealing. Despite his limited screen presence, David Corenswet lends so much warmth and zen-like quality to his character that belies his battles with his inner demons.

Although The Politician, as the title says, is everything about the quest for power, one-upmanship in the political space, it’s premise is unlike anything one has seen before. It tries to view the big-dirty world of politics through the eyes of a teenager amid the backdrop of student elections in a high school. What would have been a mere flashback episode of the protagonist in any regular political drama is the basic crux of this full-fledged series. The political tension in the series is, without doubt, highly exaggerated but is wickedly entertaining for its quirky bunch of characters and the breathtaking pace at which the narrative progresses.

Though Payton Hobart takes you through this story, the directors attach equal significance to other characters and don’t write them off as mere sidekicks. There’s some madness associated with their characterisation, it sometimes presents a side to you that you probably never knew of. The series is a witty take on teenagers, who haven’t seen life in its fullest depth yet, talking like know-it-alls, making informed political decisions and discussing deep-rooted philosophies. Top it up with a mix of teenage angst, their desperation to succeed, some forthrightness and manipulation, you’re in for a heady cocktail you can’t get over with ease.

The protagonist’s roots make for a classic case for exploration in a political series. Payton’s the ideal child in the family, adopted by his mother who has a murky past. He doesn’t have the trust of his father, lives under the roof with two wayward siblings, whom he has to compete for the ancestral property. Interestingly, his opponent in the high school presidential elections is his best friend and secret romantic interest River. He even attends an interview at Harvard, claiming that the University could do well with a student destined to become the US President.

From vote-bank politics to the diseased lot playing a victim card to faking authenticity during the speeches and losing their identity in the process, the series digs into several conflicts in the political space with ample detailing. It’s wonderful to notice its normalised portrayal of gender fluidity, homosexuality.

Beyond the mind games, the series doesn’t lose sight of its primary strength, the human drama. From noticing your best friend make out with your girlfriend, to fighting a battle for power with your romantic interest, losing them in the process, there are so many potentially dramatic situations that add bite to the viewing experience.

The tone of the series isn’t by any means realistic. There are too many cinematic characters, coincidences, conflicts, and threads running along simultaneously but surprisingly well-bound by the clarity of the makers. They’re always so sure of the story they are telling. Music becomes an integral element to drive and sometimes soften the narrative. Also, the finale sets up things interestingly for season two. There’s an addictive quality to the series, with its complexity that could reward multiple viewing. 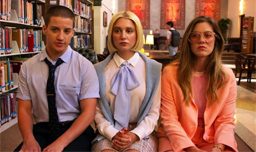 Julia Schlaepfer as Alice, Laura Dreyfuss as McAfee Westbrook and Theo Germaine as James, completing the world of the protagonist and remaining his emotional anchors, come up with assured performances. Rahne Jones in the shoes of a black candidate running for a vice-presidential post in her school, Benjamin Barrett as the weird sex-maniac, Jessica Lange in the part of a wily grandma, do justice to the well-established character arcs. Gwyneth Paltrow as a mother, torn between her bisexuality, the commitment to her husband and her love for her son, has a few poignant moments through the series.

Mac Quayle is the unsung hero of the series. He gives such a haunting quality to his music, that’s equally stirring at critical junctures. Music rightfully serves as a creative outlet to explore the pathos and the emptiness of the protagonist and as a layer that hugely contributes to the impactful result. The cinematography stays true to the spirit of the story and the colours on the frames complement the colourful characters as much. The writing of the story isn’t the sharpest, but the series is in the hands of filmmakers who have a terrific understanding of their material.