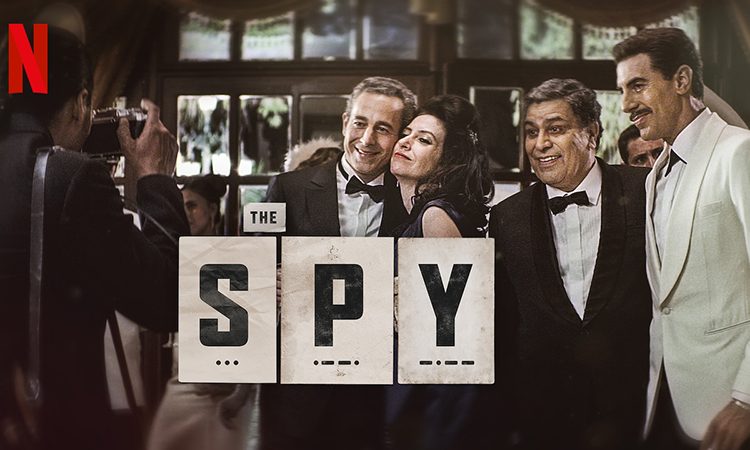 BOTTOM LINE: Predictable Thriller Held Together By The Lead

The Spy is based on a true story of a Mossad agent Eli Cohen. He infiltrates Syria and keeps Israel updated the secrets of the state as part of his job. How the work as spy affects him mentally and his relationship with his family? What happens, in the end, is what the series is all about? 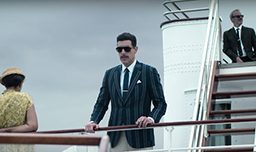 Sacha Baron Cohen is a legend when it comes to comedy. He has his unique, inimitable style. The Spy takes a stark departure from the usual and tries a full-on serious role. We have to say he holds it together with his dramatic acting as well.

In fact, as far as The Spy is concerned, it is Sacha Baron Cohen’s intense act that is the mainstay. The earnestness that he brings to the part is what makes one glued to the proceedings despite its highly predictable nature. Sacha Baron Cohen is able to channel the tension of the narrative and its excitement through his performance.

The character growth through the six-episode series and the breakdown in the final episode is well captured. Sacha Baron Cohen’s work is memorable with many moments involving him being stand out. Unfortunately, he is let down on the script and the rest of the characters sketches.

Gideon Raff, the main behind Prisoner of War (source for Homeland), the recent The Red Sea Diving Resort is the director of the series. One can Cdefinitely feel some touches of the director, and of course the knowledge of the space, he operates in.

As far as The Spy is considered, it is not near the classic Homeland (the first few seasons), but at the same time it is not as bland as The Red Sea Diving Resort. It is somewhere in between.

A sense of tension is created through the narrative courtesy of intense performance by Sacha Baron Cohen. His arc, how he gets selected, his dual personality, and how his strengths become weakness leading to him getting caught are the best moments of the show.

However, the rest of the characters and their arcs are poorly written. At times it is laughably weak due to the extreme cheesiness and silliness on display.

The whole screenplay is built on the clichés of the genre. One can see where it headed or sometimes even guess the suspense that is being built. The lack of surprise is a significant part of making the series dull.

The second issue is the dual nature of the spy, which the show promises. It is not explored to its fullest. It is almost one-way spy work for the maximum duration. It is only in the last episode that we get to the drama involving the duality. It is so short and feels like an afterthought considering all that happened before. 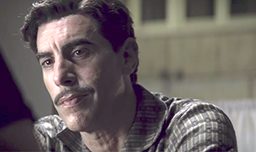 The Mossad office and its officers appear caricaturish rather than give a real impression. The writing and emotional aspect that is tried to shoehorn here is superficial and lacks depth. One gets a feeling that reality is something else, and despite knowing the truth, we (the audience) might be getting served something inferior or basic level stuff.

Overall, The Spy has moments that engage courtesy the terrific lead. Everything else around him is ho-hum. If you love this genre or if you are a fan of real-life stories, give it a try. Otherwise, you won’t miss much watching it.

Hadar Ratzon-Rotem plays the wife of the spy. She is critical to the proceedings of the series and gets the right amount of screen time. And yet, it is underwhelming, and we don’t feel anything for her character. It has got nothing to do with the acting, but more the way part is written and used in the narrative.

Noah Emmerich suffers from the same problem which has been mentioned previously regarding Hadar. His emotional suffering adds to the boredom (and frustration) as there is nothing to connect to him. Nassim Si Ahmed is better among the supporting cast. The cast paying the Syrian official look spot-on for their parts and appear unique. They do an adequate job. The casting and presentation of Mohammed Bin Laden seem laughable.

The background score by Guillaume Roussel is in sync with the proceedings. It is not too loud and subtly helps elevate the tension. The overall colour palate picked by the cinematography by Itai Neeman gives the proceedings a dull look. It works well only in parts. The editing Simon Herman is alright. The writing is a let-down in the overall scheme of things.

Yes, but with slight reservations

The Spy Review by Siddartha Toleti