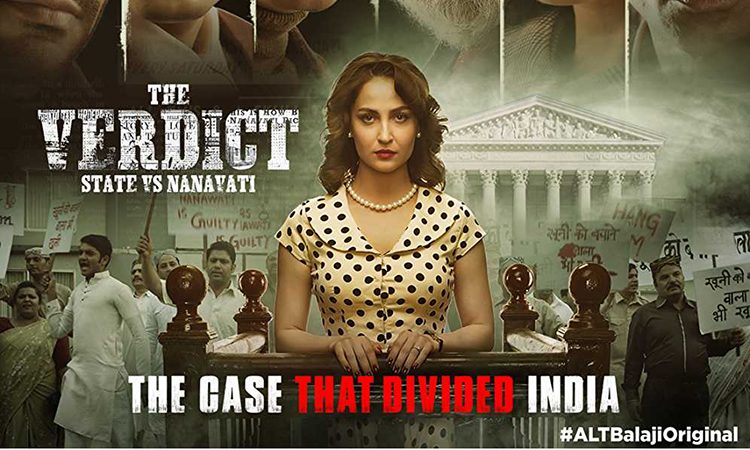 The Nanavati case has always enticed the filmmakers since the 60s and warrants their interest even today, and the reasons aren’t quite surprising. There is no better example than this innately flawed story to prove that reality can be stranger than fiction. For the uninitiated, the case revolves around a naval commander Kavas Nanavati, who murders a big-time socialite Prem Ahuja, after he finds out about his illicit affair with his wife Sylvia. Thanks to the patronizers within his community, he is held innocent owing to a mercy petition after being prisoned for a brief duration. The Verdict is a celebration of the human flaw, deceit, loopholes in the Indian judiciary, culminating into a no-holds-barred courtroom drama. 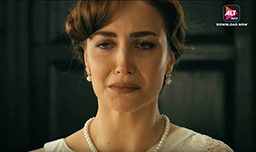 Though Manav Kaul may be seen as the central protagonist of the series, it wouldn’t be tough to label Sumeet Vyas as the show-stealer. The latter brings a lot of dynamism into his characterization, balances the sarcasm and arrogance in the criminal advocate with the right intensity during the courtroom arguments. Manav Kaul more or less underplays the role of Kavas Nanavati, yet the show needed an actor whose screen presence was much stronger. The actor stays true to the nature of the role but it isn’t any power-packed act either. Elli Avram emerges the surprise package of the show, with her Anglo-Indian accent done right, backed by her impressive range of emotions, depicting the plight of a tainted wife who goes through the motions after her relationship with her husband turns sour.

Makarand Deshpande is another bright spot of the series, as a small-time lawyer representing Prem Ahuja’s family. He brings an underdog flavour to the role and impresses with his uncanny comic timing in even the most intense of situations. Kubbra Sait, as the sister of Prem Ahuja, is expectedly sharp, but her transformation from a feisty woman to a God-fearing sadhvi seems rather strange. Saurabh Shukla, as an editor of a daily known for its gossips than its news, sleepwalks through his role with ease. Kabir Bedi lacks the firepower and the dramatics one would expect in an advocate and his pale dialogue delivery too doesn’t help him much.

The Verdict is definitely among the better series produced by Zee5 and AltBalaji and makes good use of the various layers in the Nanavati case. While most films based on the incident have narrated the story through the eyes of the Nanavatis and have painted Prem Ahuja in a notorious light, this show offers a balanced perspective of either side involved in the historic case. Though the courtroom drama doesn’t pan out as interestingly as it should, the detailing creates enough intrigue in a viewer.

The show works reasonably well because it doesn’t take a stance on what’s right and what isn’t. The makers build the tension surrounding the case exceedingly well, with a hint of sarcasm now and then. The timing of the show feels right because it involves a popular woman in an illicit relationship, who’s slut-shamed, questioned, blamed for her choices (which doesn’t seem to have changed much). It throws light on how the ideology of a society is influenced by its big boys in governmental bodies, who have little clue of gender parity and consider women either as sluts or as torchbearers of sanctity and nothing in between. 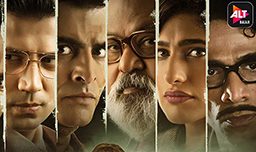 The series also throws light on the clashes between two communities – the Sindhis and the Parsis, talks about mob justice in a conservative society, character assassination of a woman in times before pre-feminism, the influence of media over the judiciary in an era before the dawn of social networking. Most characters in the series have been named after real-life figures involved in the case and unsurprisingly, it’s Ram Jethmalani’s no-nuisance attitude that catches your attention. The makers try to indulge in some unwarranted humour with his personal life too, like Jethmalani’s camaraderie with his two wives.

The length of the show is utilized to its advantage, for it gives the makers the time and the scope to explore the story in different dimensions. The effect of the case on children of Nanavati, his parents, the sister of Prem Ahuja who feels incomplete without her brother, is portrayed in impressive detail and the sincerity in the narration shows. The atmosphere remains engaging at some level but is not always arresting. The inner demons of the characters aren’t fleshed out visually, the facts seem to have been the focal point of this series over the human drama. The superficial performances too don’t help you identify with them as much as you would want to.

The music in the series is just adequate – in the ‘neither good nor bad’ territory. The cinematography isn’t quite extravagant but gives a good canvas for the drama to play out. The writing should have focused more on the emotions of its protagonist than trying hard to incorporate every single detail of the case into the show. That’s a reason why the show doesn’t reach the dramatic heights it was expected to.

The Verdict The State Vs Nanavati Review by Srivathsan Nadadhur