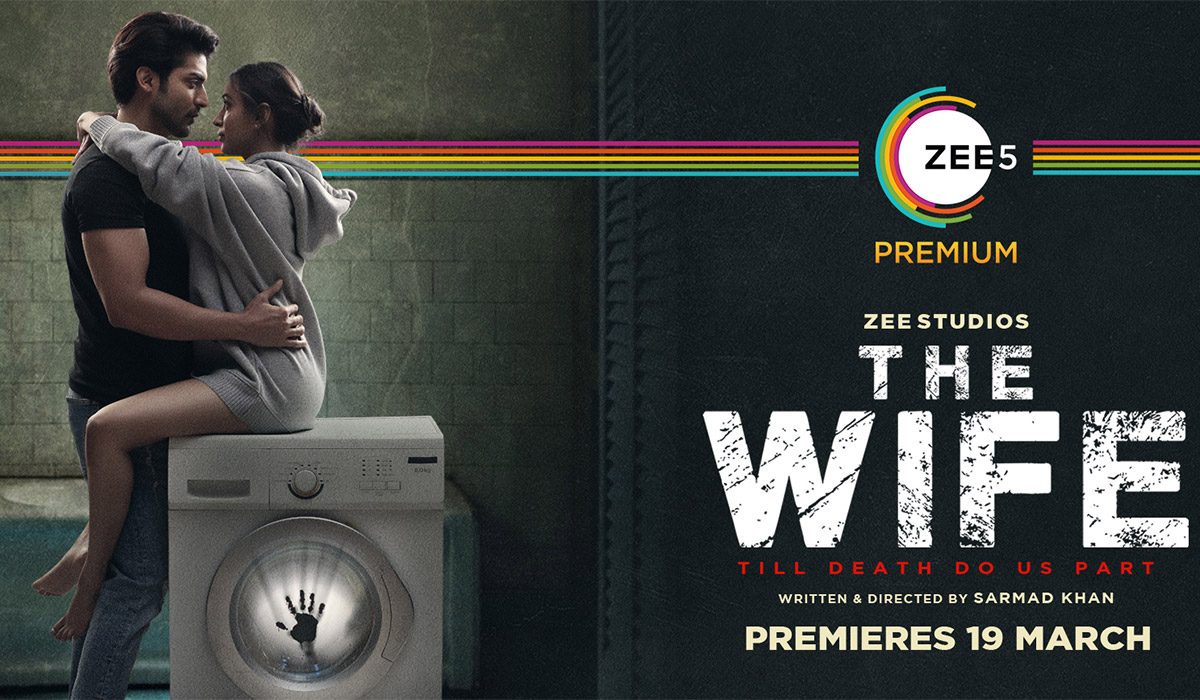 The Wife is ZEE5’s latest Original film. It is a horror drama that oscillates between an urban present and a rural past. 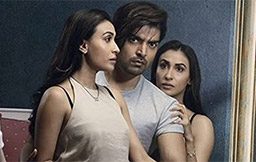 Varun (Gurmeet Choudhary) and Arya Desai (Sayani Datta) are newly married, and set up home in a pretty Mumbai apartment. Unnatural events begin to occur around them from the day they move into their new home. After much ado, Arya gets in touch with a psychic Dr Raima Das (Shweta Dadhich), which is when they find out that the spirit of a girl called Sarika (Aanchal Singh) is haunting their married life.

The Wife is produced by ZEE Studios, written and directed by Sarmad Khan, with dialogues by Manoj Kalwani.

Sayani Datta impresses in her acting debut. Her delivery of dialogue and performing skills are natural and flawless. Gurmeet Choudhary is cast well in the clueless husband who doesn’t believe in ghosts and spirits. He is curiously unemotive in crucial sequences; for instance, the scene where he is informed of Sarika’s return, his brother’s death, the child’s horrifying death in his home, among others. Shweta Dadhich lends adequate support as the learned psychic.

The Wife is a well-made horror film — subtle and sombre in execution, unlike the shrill and screechy rendering that is the bane of the Indian horror genre. Though Samrad Khan unleashes jump scares on the viewer, even those are done with fine restraint. The wardrobe jump scare in the first ten minutes of the film, for instance, gives a jolt to the senses, but not in an unpleasant way. For this reason alone, The Wife is a light and easy watch for the senses. 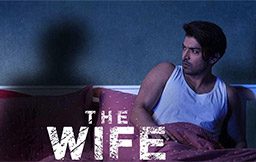 That said, the writer-director fails on one important count – he takes way too long to build up the story. Repetitive scenes that never lead up to much; redundant scenes, such as the spirit-summoning scene with Arya’s friend, again not leading anywhere; silly plot structures such as Varun not getting a contract due to the spirit calling him up incessantly from Arya’s phone — these, and similar tropes drag down the pace of the narrative considerably.

The painfully slow plot-building gets dreary to watch after a while, especially since the narrative is low-key and low-octane even otherwise. The spirit is also quite benign in a way – she doesn’t wreak much havoc in Varun and Arya’s lives; and whatever she does, happens in the background. We are never shown anything happening – just told that it has happened – the child’s ordeal in their home, Varun’s brother’s death, and so on. This makes the horror part of the film quite tepid and unadventurous.

The end is a major letdown. After the lengthy building up of the plot, the end feels rushed, tame and distinctly underwhelming. All said and done, The Wife is a good start for Sarmad Khan, though not a wholly worthwhile watch. Not being loud and grating to the ears is its biggest achievement.

Director of Photography Kedar Phadke has done a good job with the play of light and dark, a crucial part of any horror film. He’s also captured the rural scenes of the film quite well. Editor Manish More does an efficient job. Production Designer Mansi Dhruv Mehta imbues Varun and Arya’s home with the right urbane vibes. Sound Designer Shantanu Yennemadi must be commended for the subtle and refined sound work of The Wife.

Shailesh S Suvarna and Hyacinth DSouza background score is pleasing, at the same time delicately haunting – quite unlike the cacophonous background music of Indian horror films.

And now for the best part of the film – the “Chhaap Tilak Sab Chheen Li” number. Composed by Utkarsh Dhotekar, and sung by Harjot Kaur, it is exquisite, ethereal and haunting. Dhotekar’s composition of Amir Khusrow’s words, and Harjot Kaur’s voice will resound in your mind for hours after you’ve finished watching the film – that’s a guarantee. The full song plays as the credits roll – listen till the end, thank us later!

Subtle, sombre execution, as against shrill and screechy

Painfully slow build up of plot

It is strictly average

Watch it only if you have nothing better to do

The Wife Review by Binged Bureau