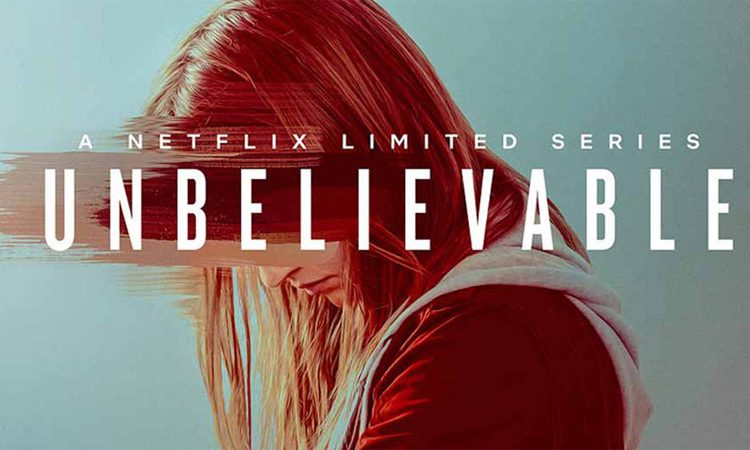 Maria Adler (Kaitlyn Dever) files a rape complaint and then backtracks the statement. In other districts, two detectives Karen Duvall (Merritt Wever), and Grace Rasmussen (Toni Collette) is tracking a rape case individually. How the two separate cases come together and become a serial rape issue. And how does all the investigation connect to Maria Adler?

It is based on real incidents and books written on the 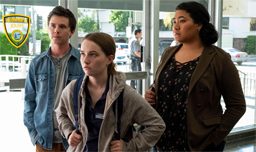 There are three primary characters in the series, Maria Adler, Karen Duvall and Grace Rasmussen played by Kaitlyn Dever, Merritt Wever, and Toni Collette respectively. We would go with Kaitlyn Dever as the lead performer.

Among all the actors, Kaitlyn Dever has the most challenging part emotionally. It is a difficult role mainly keeping the age and background info in mind. Kaitlyn has done an excellent job in conveying the various emotions. At times, when she pauses, there is a feeling of blandness, but whenever she emotes, it hits the right notes.

The initial recounting of the rape details highlights the trauma. The interrogation scene where she (Marie) takes back her word after giving multiple conflicting versions shows the confusion and fear. The utter frustration out of helplessness that arrives later, Ketlyn portrays various shades with ease.

The monologue like sequence towards the end with one of the counsellors is the best part, impact wise. The character growth that is shown is remarkably real and believable.

Three names, Lisa Cholodenko, Michael Dinner, and Susannah Grant, is credited for direction. They have done a fantastic job of maintaining a consistent and engaging tone throughout.

Unbelievable has two basic plots running parallel and leading to one overarching theme related to the rape and its stigmas. One of the plots is institutional involving the police, and the other is societal. The former showcases two detectives coming together to catch the culprit through relentless efforts. But in the process, they see (we understand) how the system treats a rape issue. In the latter, the brutal psychological impact on a teenager (primarily) and multiple women is shown in detail. The way the friends, the people at the workplace, the guardians, each react to the girl’s problem is gut-wrenching. It is especially more potent in the current MeToo environment.

The breakdown to the tiniest bits in taking the story forward makes Unbelievable narratively laborious. However, it is ultimately rewarding and has great satisfaction and emotional payback, in the end.

The natural progression of the bond between the two detectives and the growth of teen after going through all the suffering is beautifully brought out. The character arcs of these parts along with the closure of other women who have gone through a similar ordeal, bring emotional fulfilment.

And then, there are the usual police procedural portions. They constitute a significant part of the narrative. They are engaging and work well as a slow burn thriller on the lines of classic series The Wire.

Overall, despite its sluggish pace, Unbelievable is a must-watch for its impactful writing. It hits home the core point in an engaging manner. Give it a try even if it might be a difficult (content-wise) watch. The ending will surely make the journey worthwhile.

Toni Collette and Merritt Wever playing the two detectives investigating the case are fabulous. Their distinctive qualities set them apart and also make the narrative engaging. There is a conflict in approach, and yet they have a common goal to reach. The bonding in the process, professionally (from condescending attitude to letting take the credit) and personally are brought out brilliantly and acted out very naturally. Kai Lennox and Austin Hebert playing the husband parts complete their world.

On the other side, we have Elizabeth Marvel, Bridget Everett and Brent Sexton play the foster parents of Marie at different stages. They are all adequate and also help in taking the narrative forward by revealing a layer at a time of the teen they have (and are) taking care.

Eric Lange is superb in a small role that adds to the emotional fulfilment block. Scott Lawrence and others are adequate. 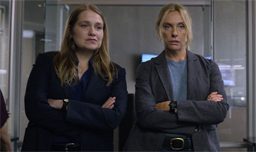 Will Bates background score is dominant in a subdued way. There is not much happening in general, but the recurring music is used well to varying degrees of intensity. The cinematography is a bit uneven, and we know why when we realise three different people working on it. The editing by Jeffrey M Werner and Keith Henderson, is excellent. It is the reason why, despite the slow pace, we are engaged in the narrative. It also helps in building the emotional block piece by piece and creating a proper pay-off by the end. There are multiple writers on work, but they have done an excellent job and given a cohesive output.