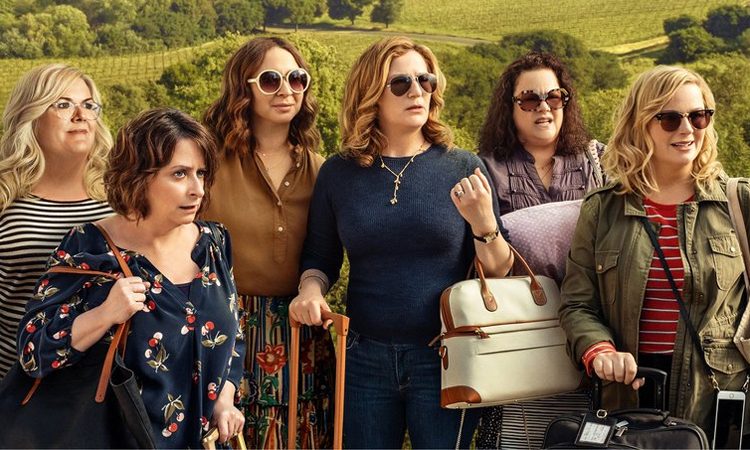 Six aged women plan a weekend birthday party at Wine Country to get together and celebrate. What happens at the place and how it all ends is what the movie is all about?

Amy Poehler not only directs but also acts in the movie. Her character is not particularly unique, and she gets to share equal credit with all other female artists. She has a couple of stand out of the crowd moments towards the end, but that’s it. 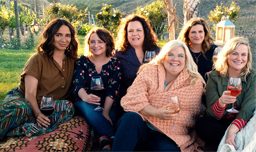 Wine Country is coming of age genre, but involving females with a midlife crisis. There are six female each dealing with problems individually. The setup and the story are fine, although nothing extraordinary. It needed excellent writing and performance to make an impact, but Wine Country fails at that. Add to that, the formulaic nature of the narrative makes the whole enterprise boring.

The first act until all the character reach the location, Wine Country is nice. The various characters and their quirks and the setting set the right mood and feel for things to follow. It is the first layer, and that is neatly done.

The next stage is getting to know more about the character and the camaraderie they share. It is decent in parts as all the ladies do hit it off together initially. But, the scenes lack the depth needed to engage and connect on a deeper level. The issues appear surface level, and there is an apparent lack of attention to individual parts as slowly a chaotic nature sets in.

With the introduction of a few more characters and the setting up of the conflict through a tarot card reader, the superficiality takes precedence over insightful writing. What happens afterwards seems like a direct take off from the incident rather than come out organically.

Each character starts to behave erratically all of a sudden and slowly but steadily, the interest is lost. By the time we reach the final act, there is no real involvement in the characters or the problems they are facing. The writing is to be blamed for that more than the direction, which is alright or the performances.

Finally, the climax with a running down the hill to liberate and bring back the friends together feels so out of place. It doesn’t work, and one wishes they all vanish into thin air from there, for all their cribbing’s. By the time, the end arrives instead of the characters growing on us; we, as an audience, outgrow them for their silliness.

On the whole, Wine Country is a wasted opportunity that is well packaged, but ultimately has a clumsy and exhaustive narrative. There is never any connect and barring a few scenes here and there boosted by the spontaneity of some of the actor’s nothing works. Watch it if you have nothing else to do in the weekend, otherwise, skip it you won’t miss much. 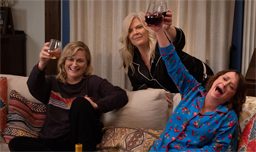 Rachael Dratch, Ana Gasteyer, Maya Rudolph, Paula Pell, and Emily Spivey, are the other five ladies along with Amy Poehler. They are all alright as a bunch. Each gets an own backstory that is partly fresh. Some play the usual cliché. The problem is no one stands out among them. Tina Fey, who isn’t part of the gang and has limited screen time, steals the spotlight whenever she is around. Cherry Jones, Jason Schwartzman, and Maya Erskine are alright in their brief parts.

The music by Lisa Coleman and Wendy Melvoin helps get the right feel. It goes well with the flow of the narrative. The cinematography by Tom Magill is colourful giving chirpy and yuppie vibe even though it’s a middle-aged cast. The editing by Julie Monroe could have been better. The whole narrative carries a rushed effect to it that also makes it less likeable. The writing, as mentioned previously, is the weakest part.