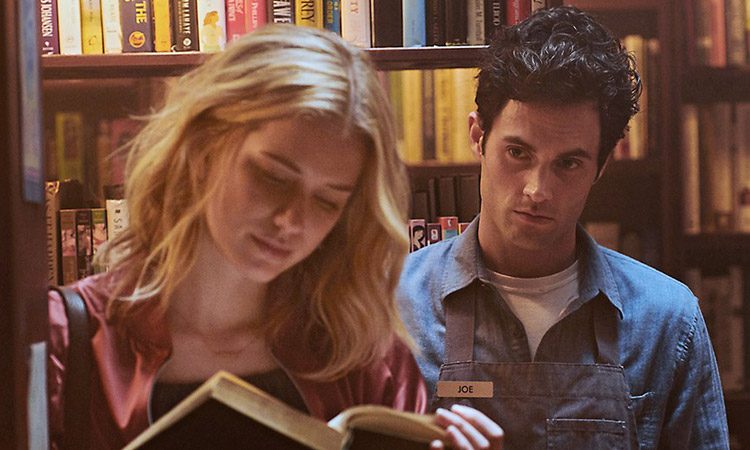 Joe Goldberg (Penn Badgley) is a book store manager in New York City. His obsession with books finds a perfect match in Guinevere Beck (Elizabeth Lail), a budding writer who visits his store one day. They instantly hit it off and Joe, through his stalking makes sure, Guinevere falls in love with him. ‘You’ is all about the lengths to which Joe takes his obsession and stalking behavior to get Guinevere and where it end? 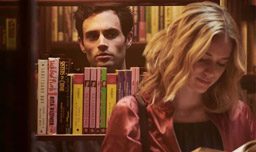 The character of Penn Badgley is a beaten to death cliché in the romance genre. But what makes it unique and captivating is the internal perspective presented from the stalker. It is given a modern makeover and feels edgy. The best part is Penn Badgley looks tailor-made for the role. The actor neatly expresses the growth of the character and its inner feelings.

You take off spectacularly and doesn’t let one of the hooks until a few episodes down the line. Right from the opening, we get engaged in the proceedings. The characterization of Joe Goldberg and the way he draws us into his world, justifies his actions, through the sharply written dialogues are a treat.

The music and cinematography further enhance the appeal, and the various characters part of the narrative provide entertainment as well as a social commentary of the times we live in simultaneously with ever getting boring. 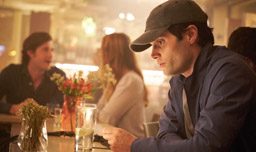 The writing is spot on in that it brings out the inner turmoil’s and conflicts of a disturbed psychotic guy very well. The fact that, as an audience, we are charmed and began to take his justifications as right, at least in the initial segments, shows how well the narrative is being driven and directed.

The problem with ‘You’ is its distinctive shift in tones and narratives. They aren’t running parallel; rather it feels like they are coming one after the other as if we are into a different story after passing of few episodes. The initial psychotic thriller plot transforms into a mushy romance and breakup saga in the middle and then turns to a revenge drama in the end. All through the change, it is Joe’s perspective that forms the crux and pivot around which the whole world revolves. It is simple then if, by the time the shift in tone occurs, one is connected to the lead character and his vision of the world and subsequently his action, it is smooth and engaging ride until the end with a logical conclusion to his world.

In the end, the unique insight-into-the-mid character of Joe Goldberg is the break or make deal, for You. If you like it, you watch it, and if it bores, the same will happen with the viewing experience. Though, it must be said that the chances of being annoyed are less.

Elizabeth Lail plays the girl next door kind of role whose simplicity attracts opposite genders of similar extreme quality. She looks the part and acts that way as a simpleton. But Lail fails to express other developing emotions as the character progresses convincingly and comes across as irritating at times. Shay Mitchell proves useful as long as she gets into a particular state. Hari Nef is annoying on her own, but in combination with Zach Cherry, a spot on small supporting part, she is bearable. Luca Padovan is adequate in his role that helps bring a different angle out of the lead. Daniel Cosgrove and Victoria Cartagena) do a neat job with their parts that showcases an abusive relationship.

Blake Neely’s music is sensational. It helps in setting up a fresh and trendy vibe and is one of the first things to register as soon as we start the show. The next item on the list in a similar vein is the cinematography by W Mott Hopfel III and David Lanzenberg. It is fantastic and together with the music, give ‘You’ a very urbane and classy look without sliding into the glossy terrain. The grunge and realistic aspect are always kept intact. The editing is sharp and maintains a consistent pace throughout.

You Season 1 Review by Siddartha Toleti