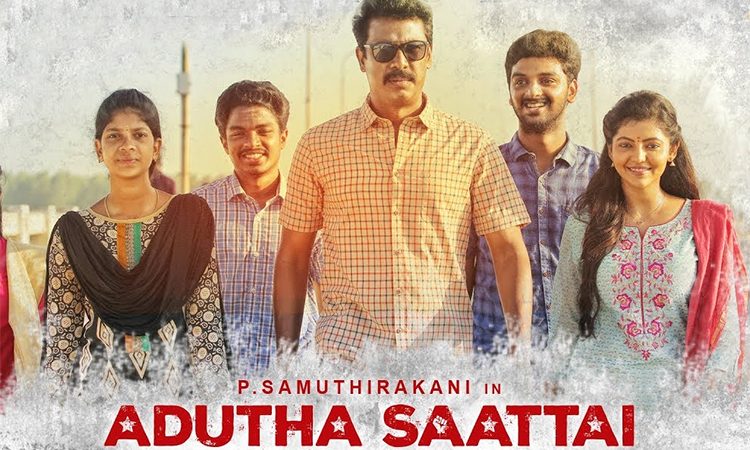 Adutha Saattai is a Tamil language action movie starring Samuthirakani and Thambi Ramaiah in the lead roles. It is a sequel to the film Saattai. It opened with poor reviews upon its release on November 29th, 2019. Adutha Saattai sticks to the formula of the previous two movies in the Saattai series. Samuthirakani and Thambi Ramaiah reprise their roles as Dhayalan and Singaperumal as they did over the last two outings. Only here, the setting is changed to an art and science college. Dhayalan is the righteous always sermonizing lecturer who fights against the egoistic principal Singaperumal. The issues related to the students picked here change and the solutions offered makes the difference in an otherwise by the numbers formulaic fare. M Anbazhagan directs the movie. He is also the director for Saattai which started the franchise. The film comprises of a large ensemble cast as a number of students and parents are seen as part of the narrative. Samuthirakani also provides the screenplay besides acting and co-producing Adutha Saattai. Justin Prabhakaran is the music director. https://www.youtube.com/watch?v=0So4H3rv1RE 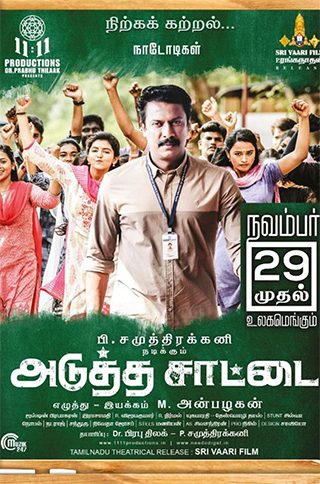