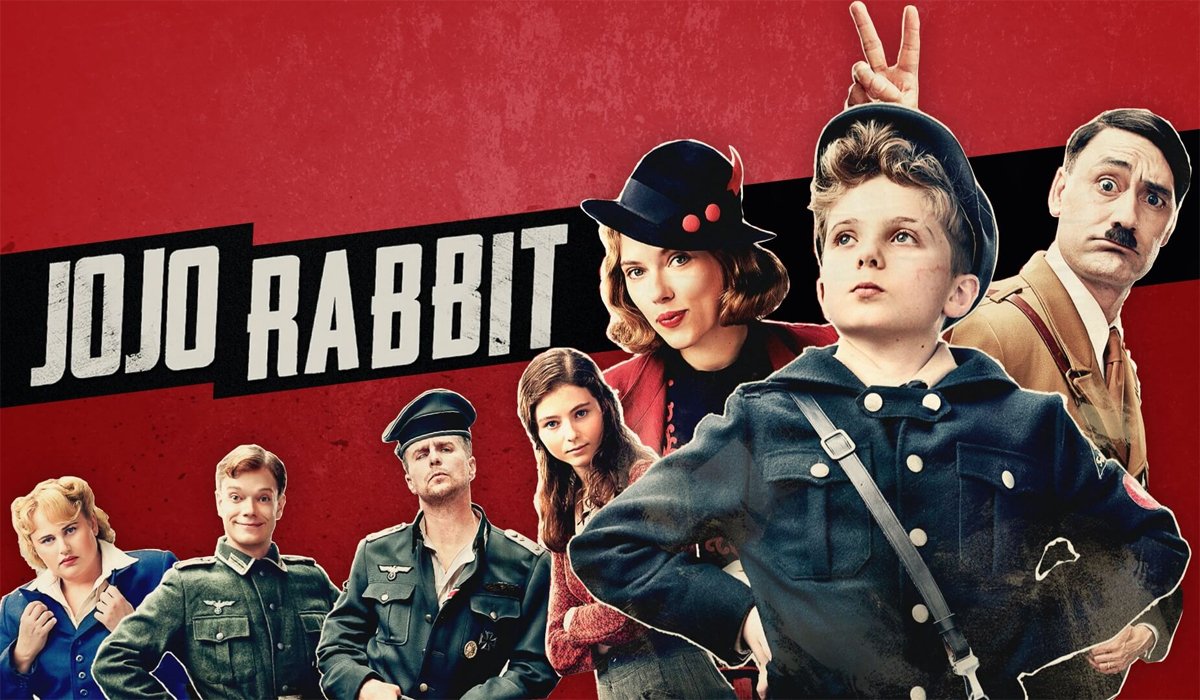 Jojo Rabbit, English movie is streaming online watch on Disney Plus Hotstar with Hindi subtitles, release date 2nd June Jojo Rabbit is an English Hollywood film, based on Christine Leunens’s 2008 book Caging Skies. It is a comedy satire that speaks against war and all the atrocities committed against fellow human beings by war mongers in the name of nationalism. Johannes “Jojo” Betzler (Roman Griffin Davis) is a young and lonely German boy. He is a member of the Hitler Youth, an organisation that recruited youngsters in the German military cause. He is fiercely nationalistic and idolizes and looks up to Hitler, and believes in the tenets espoused by Hitler. One day he discovers that his mother (Scarlett Johansson) is hiding a Jewish girl (Thomasin McKenzie) in their attic. All his beliefs are at stake as he wages war between his thought process and the consequences of his mother’s doing. He is spurred on towards the cause of Germany by his imaginary friend, a fanciful version of Adolf Hitler (Taika Waititi). Through these sequences, the movie takes a stand on the politics of the war but one that is filled with humour and comedy. Jojo Rabbit is a powerful anti-war satire that is as affecting as it seems fanciful. Starring: Scarlett Johansson, Thomasin McKenzie, Roman Griffin Davis, Taika Waititi, Rebel Wilson, Stephen Merchant, Alfie Allen, and Sam Rockwell. Written and directed by Taika Waititi https://www.youtube.com/watch?v=tL4McUzXfFI Jojo Rabbit English Movie Streaming Online Watch on Disney Plus Hotstar