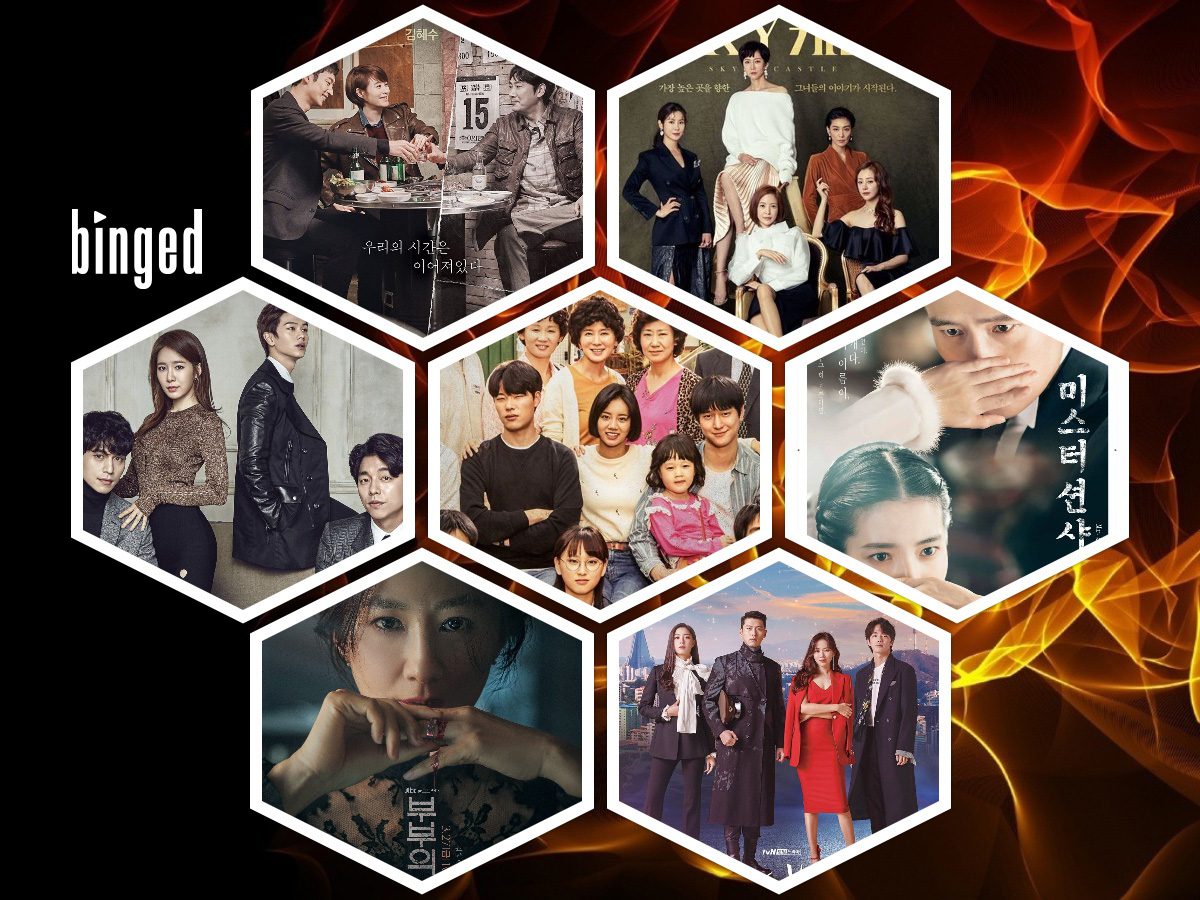 There are times when watching only hindi and english shows or movies gets a little boring. Why not try switching language? (Obviously the subtitles will be there) Korean films and shows have been extremely popular in India for the last few years and the explosion of streaming platforms has now made access easier, with Netflix boasting of an impressive array of titles.

Most of these shows have a single season, with limited episodes and genres ranging from feel-good romances and political thrillers to upscale high-school dramas and unconventional sci-fi tales, there’s something for everyone. Good looking leads and gripping narratives makes it easy and inevitable to get obsessed with Korean dramas.

We here have a list that might help you get that change on screen and we are pretty sure you will fall in love with them.

“Signal” is a crime thriller where the past and present collide through a mysterious walkie-talkie. Based on real unsolved murder mysteries of the Hwaseong serial murders that occurred in the 1980s (1986 – 1991), three detectives from 1989 (Lee Jae-Han played by Cho Jin Woong) and 2015 (Cha Soo-Hyun played by Kim Hye Soo and Park Hae-Young played by Lee Je Hoon) transcend time in their quest for truth and justice. Combining the power of foresight and hindsight, they crack one cold case after another, changing the past and the present (but not without unintended consequences).

A show that took audiences across Asia by storm, ‘Crash Landing on You’ has Hyun Bin playing a North Korean Soldier and Son Ye-Jin, a rich entrepreneur from Seoul who fall in love after she crash lands in North Korea following a para-gliding accident. Apart from the chemistry between the leads, the show has an array of funny and warm characters.

A poor boy born into a house servant’s family travels to the United States during the 1871 Shinmiyangyo incident. He soon grows up to become an American military officer who returns to his homeland and falls in love with an aristocrat’s daughter, all while unveiling a sinister plot by foreign nationals to colonize Korea.

This satirical drama revolves around four housewives residing in the exclusive residential area of SKY Castle. Ruthlessly ambitious, the women will stop at nothing to get their children into Seoul National University, Korea University and Yonsei University – that makes the acronym SKY.

Kim Shin (Gong Yoo) is a goblin who is also a protector of souls. He lives together with an amnesiac grim reaper who is in charge of taking deceased souls. Shin doesn’t want to be immortal anymore and seeks a human bride in order to end his immortality. Meanwhile, Ji Eun Tak (Kim Go-eun) is a high school student who despite her painful reality, remains optimistic, ends up falling in love with the goblin. Sunny (Yoo In-na) is an owner of a chicken shop, she is a bright and attractive girl who is loved by all men. However, while encountering hardship in her reckless life, she’ll meet the reaper and begin to change.

This engaging 2014 Korean series follows a night courier who goes by the name Healer(Ji Chang-Wook), a tabloid news reporter (Park Min-Young), a star reporter(Yoo Ji-Tae) and the events that bring them together. The show makes for an entertaining watch thanks to its solid back story about a group of five friends who used to run a secret pro-democracy radio broadcast and the warm relationship between the leads.

This drama is inspired by the life of South Korean Olympic weightlifter gold-medalist Jang Mi Ran and it’s about college athletes fighting for their dreams, experiencing and finding love in the process. Kim Bok Joo (Lee Sung-kyoung) is a student in Hanwool College of Physical Education. She has shown strength like no other since she was a child as influenced by her former weightlifter father. She looks thoughtless at a first glance, but inside she’s as fragile as glass and has deep recognition. Jung Joon Hyeong (Nam Joo-hyuk) is Kim Bok Joo’s best friend. He is a born swimmer but ever since he was disqualified from his first international event, he suffers from ‘start trauma’. Along with Kim Bok Joo, he overcomes his troubles and finds his dream and love.

The story begins when UN peacekeeping troops are dispatched to the war-torn country of Uruk. Captain Yoo Shi Jin (Song Joong-ki), team leader of the Special Warfare Command unit, meets Kang Mo Yeon (Song Hye-kyu) , a volunteer doctor with Doctors Without Borders. As they work alongside each other in disaster and disease-stricken zones, Shi Jin and Mo Yeon clash then fall in love.

The story chronicles the life a revered medical doctor who’s seemingly perfect life is overturned when she discovers her husband’s infidelity. In her pursuit to retaliate against his betrayal, a bitter back-and-forth ensues between the two as they both seek to exact revenge on the other. This show is one of the highest rated in Korean television dramas.

Five childhood friends who live in the same neighborhood of Ssangmundong rely on each other as they enter the peak of their turbulent teen years. The show follows its teen-aged protagonists as they celebrate, bicker, and plunge into a newly borderless world of pop culture. The show will take you on a nostalgic trip to the 1980s.

Ranked among the top ten highest rated shows in Korean Drama history, this new series chronicles the trials of an ex-convict (Park Seo-Joon) who opens a bar in Itaewon with one goal on his mind – to succeed. The show has come in for praise for its unconventional storyline, handling of themes and strong performances of its actors.

The series follows Do-Bong Soon, a young woman born with superhuman strength, who becomes the bodyguard of a rich heir Ahn Min-Hyuk (played by Park Hyung-Sik). He’s the CEO of a gaming company and she wants to create a video game which will star her as the main character. The series was a massive hit when it released and still remains a favourite for its fantastically-written female lead.