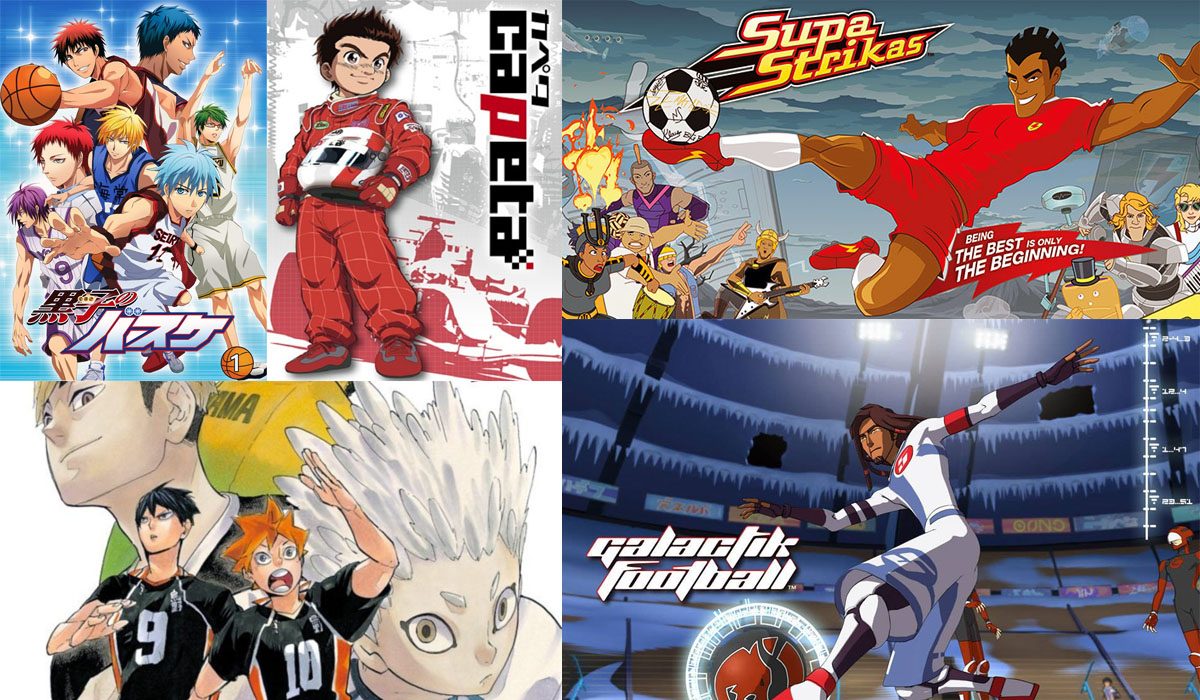 Growing up, sports play a vital role in many aspects of a child’s life. It is one of the first few mediums through which children learn the importance of team work and inculcate the spirit of sportsmanship. Continuing to instil athletic values and moulding young minds to aspire a fit life, the animation industry in India has made sure to deliver a host of animated shows which introduce kids to premium sports based content globally.

Here’s a list of top 5 all-time favourite sports based animated shows that have been celebrated widely.

Hungama’s new show Supa Strikas, released recently on 21st December, is a popular South African leading soccer series which follows a football team through their journey on a quest to win the prized Super League trophy. It introduces kids to new age football stars El Matador, Shakes, North Shaw and many more. The show has garnered praise globally and has now taken over in India. It is currently trending in the country with immersive viewership and increasing popularity.

Galactik Football, a French animated television series, aired on Disney XD in 2006 and is now available on Netflix. The story begins during a football match between the home team of planet Akillian and the Shadows. The show’s protagonist Aarch aims to create a new Akillian Galactik Football team (Snow Kids) capable of winning the Cup, and selects a group of talented teenagers for his team. The decade old animated show continues to be celebrated even today.

2012 Animax show Kuroko No Basuke now available on Netflix, is Japanese sports manga series, centring on the “Generation of Miracles”, the regulars of the Teikō Middle School basketball team who rose to distinction by demolishing all competition. This mysterious player is now a freshman at Seirin High, a new school with a powerful, if little-known, team. The show ranks amongst the top sports anime watched in India.

Aired on 14th July 2008, on Cartoon Network India, Capeta is an award winning anime series based on sports. The show revolves around a 4th grader boy Taira Capeta and his new found passion for racing. Post his mother’s death his father introduces him to a racing cart that he grows attached to. Filled with teachings and entertainment, the age old show is still a must watch.

Released in 2015, Haikyuu is a Japanese Manga series, following the story of Shōyō Hinata, nicknamed “the small giant” determined to become a great volleyball player despite his small stature. Aspiring to be like the volleyball championship’s star player, he joins his school’s volleyball club. The 4th season of this widely celebrated series released recently on 3rd October on Netflix India. It is trending amongst the most watched animated shows on the platform.