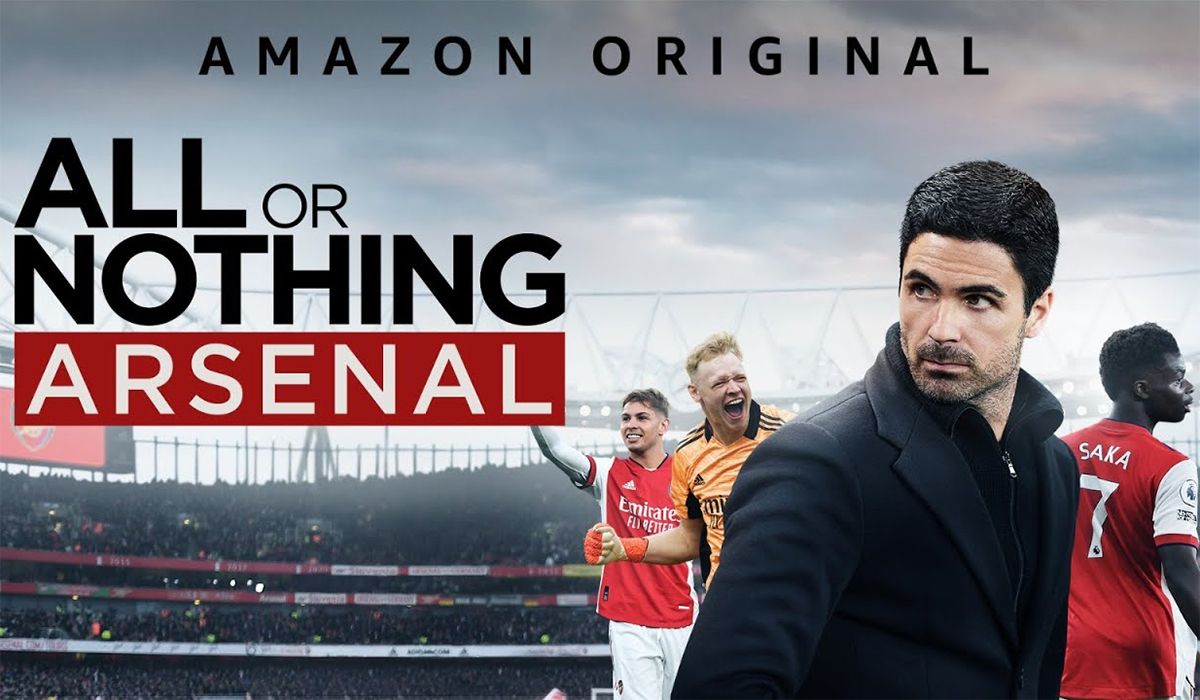 Amazon Prime Video has dropped the official trailer of ‘All Or Nothing: Arsenal’ docuseries. It is one of the most highly-anticipated documentaries featuring globally prominent Arsenal stars like Pierre-Emerick Aubameyang, Bukayo Saka, Martin Ødegaard, and many more along with the team’s manager, Mikel Arteta.

Academy Award-winning actor and a diehard fan of Arsenal, Daniel Kaluuya, has narrated the upcoming docuseries. The on-screen Venom, Tom Hardy, served as the narrator of the previous season, Tottenham Hotspur.

Apart from witnessing the daily challenges faced by the Arsenal players, the viewers will watch them going through their highs and lows in the forthcoming Prime Video documentary. Additionally, it features the sudden and highly dramatic exit of the team’s former captain, Pierre-Emerick Aubameyang. His highly publicised feud with Arteta resulted in his unexpected departure from the team.

‘All Or Nothing: Arsenal’ consists of a total of 8 episodes. The first three episodes will hit the streaming service on August 4, the next three on August 11, and the entire docuseries will conclude on August 18. It will premiere in more than 240 countries

The upcoming docuseries is produced by 72 Films, with Clare Cameron, Mark Raphael, and John Douglas serving as executive producers.

‘All Or Nothing: Arsenal’ will launch on Amazon Prime Video on August 4. Stay tuned for more updates.