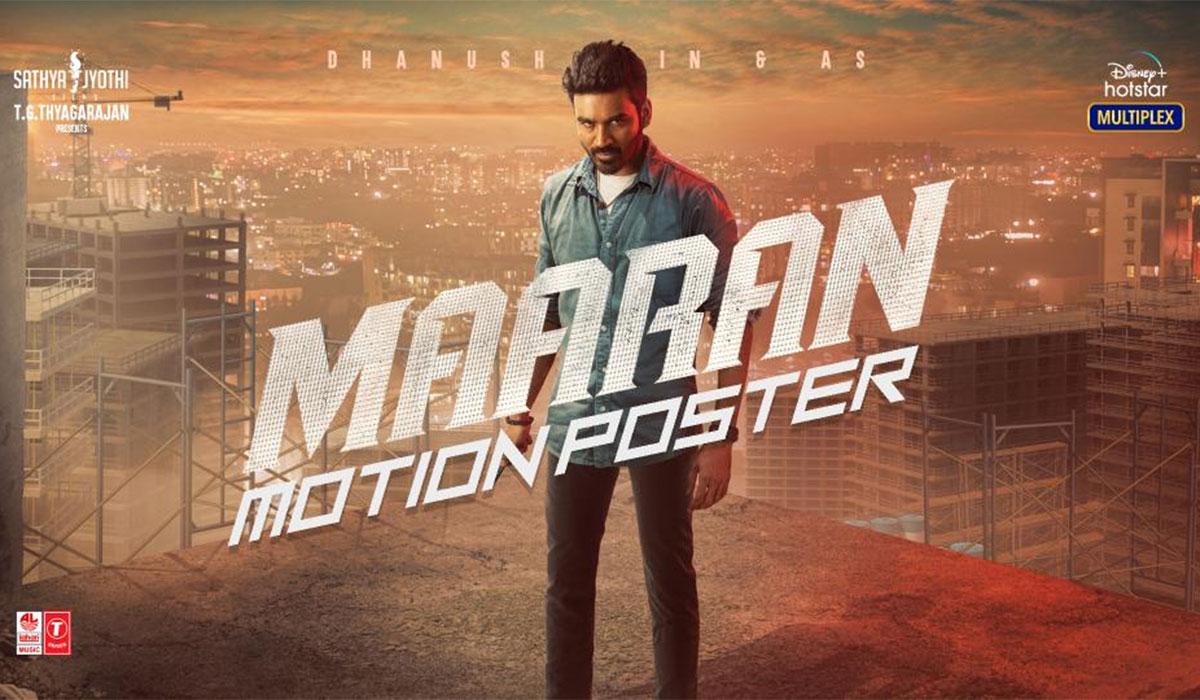 We had earlier informed our readers that Dhanush’s much-talked-about and keenly awaited crime drama ‘Maaran‘ will skip theatres and release directly on OTT. We had also shared that as per our calculations, Maaran will release on Disney Plus Hotstar on the occasion of Republic Day 2022, that is 26th January.

The motion poster features a stylishly shot sequence involving a towering helical staircase that spirals above to reveal Dhanush’s name. The background music accompanying the shot mimics the pow-wow of fast-paced fisticuffs, amplified by the scores of bodies lying scattered in the montage. Quick shots reveal the rest of the crew, culminating in a shot of a pen dripping blood. The shot sweeps up to reveal a Dhanush poised and determined to make his pen count. The entire one-minute motion poster is sleek and stylish, and a play upon the central premise of Maaran. Reportedly, Maaran is a crime drama, set in the backdrop of journalism.

‘Maaran’ is the third Dhanush film back to back to skip theatres and release on OTT. The much-talked-about ‘Jagame Thandhiram’ released straight on Netflix in May. Bollywood film ‘Atrangi Re’, which stars Akshay Kumar and Sara Ali Khan along with Dhanush, released directly on Disney Plus Hotstar in December 2021. Now, ‘Maaran’ is also hitting OTT directly.

‘Maaran’ is a crime and action thriller, set in the backdrop of journalism. The film features pretty actress Malavika Mohanan in the lead, alongside Dhanush. Mahendran, Samuthirakani, Smruthi Venkat, Jaya Prakash, Krishna Kumar and Master Mahendran make up the rest of the cast. The film is directed by hotshot young director, Karthick Naren, and produced by Sathya Jyothi Films.

Have a look at Maaran’s motion poster, revealed on and Disney Plus Hotstar Tamil’s Twitter handle today –