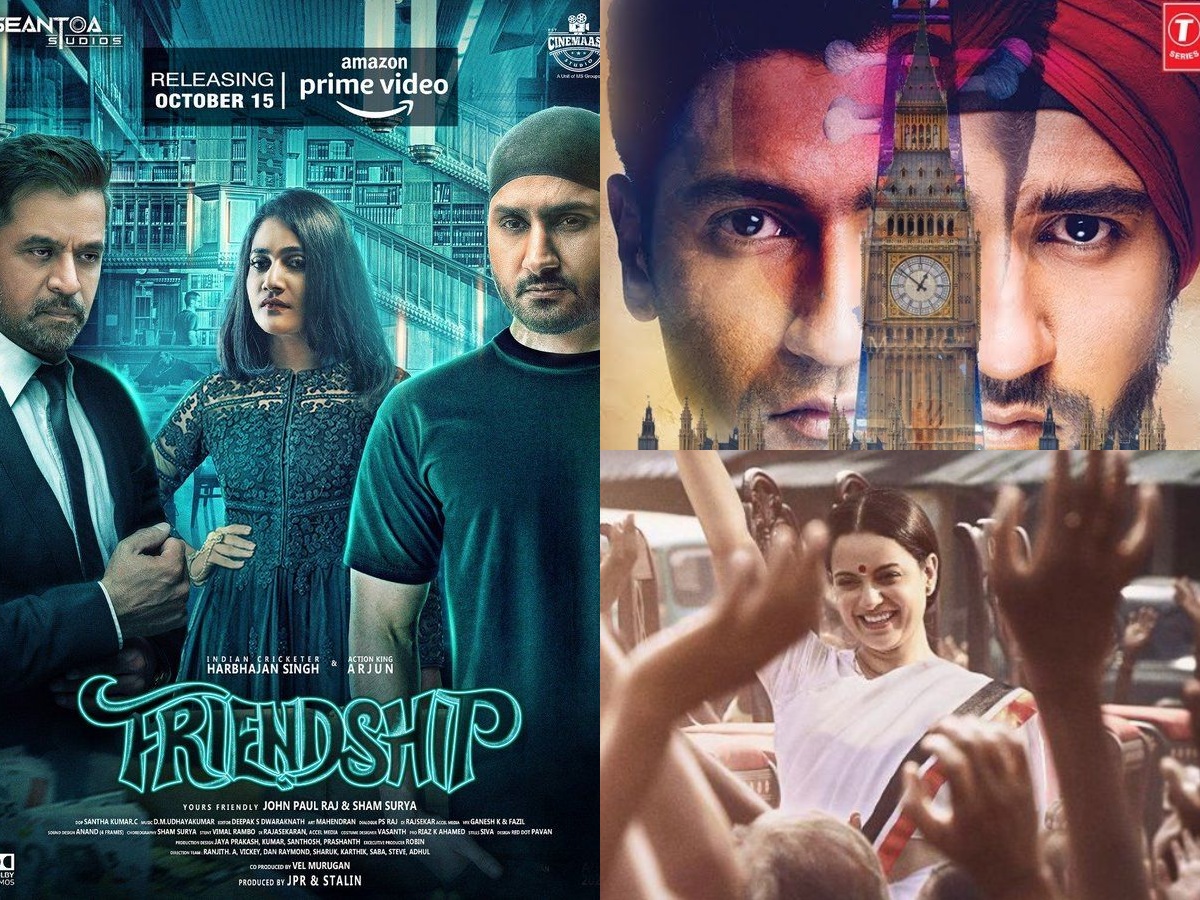 Friendship, Thalaivii, and Sardar Udham Singh are three of the four domestic titles premiering on Amazon Prime Video this week. While Friendship has team India former cricketer Harbhajan Singh, Arjun, and others in important roles, Sardar Udham Singh has Vicky Kaushal in the titular role. As for Thalaivi, the biographical political drama has Kangana Ranaut and Aravind Swamy in the lead role.

Friendship marks the acting debut of former Indian cricketer Harbhajan and it has senior actor Arjun, and a Sri Lankan news anchor named Losliya Mariyanesan in other important roles. The sports comedy drama is skipping theatrical release and premiering on Amazon Prime Video on the 15th of October. The film is directed by JPR and Sham Surya.

Sardar Udham Singh is a biographical action drama with Vicky Kaushal in the titular role. The film brings to life the courageous journey of Sardar Udham who assassinated Michael O’Dwyer, the man who orchestrated the 1919 Jallianwala Bagh massacre in Amritsar, India. The film is directed by Shoojit Sircar and it features Banita Sandhu, Stephen Hogan, and Amol Parashar in other lead roles. The film can be streamed from the 16th of October.

As for Thalaivii, the Kangana Ranaut and Aravind Swamy directorial unravels the life journey of firebrand politician, and the late chief minister of Tamil Nadu, Jayalalithaa. The film garnered decent reviews following its theatrical release but couldn’t rake up the moolah at the ticket counters. The Hindi-language version is already streaming on Netflix. The Telugu and Tamil versions will be made available for streaming on Amazon Prime Video from the 10th of October.

Undanparippe is the fourth film on the list and it is billed to be a social drama. It has noted senior actress Jyothika in the lead role. It premieres on Amazon Prime Video on the 14th of this month.