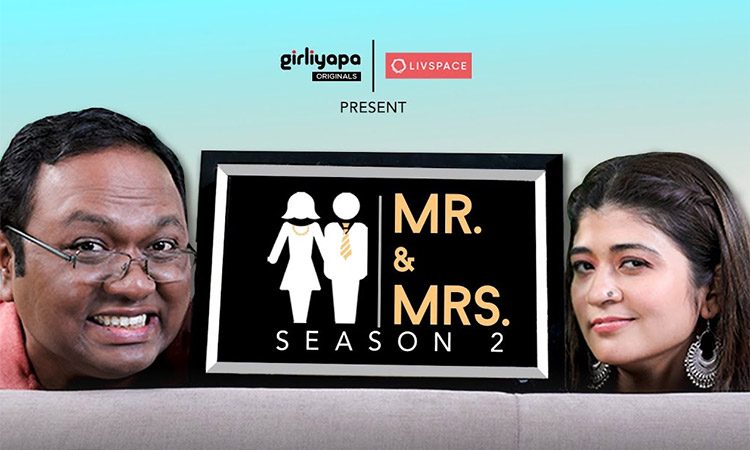 Girliyapa, a division of the popular digital content company The Viral Fever, has just dropped the trailer of the second season of its highly appreciated web series, Mr & Mrs.

Along with the trailer, it has also announced a release date for the show, and that is – 7th January! More specifically, the first episode of the show will release on 7th January, on Girliyapa’s official YouTube channel. The show is also available for watching on their app, TVF Play.

Girliyapa releases one episode of the show per week, which, although not conducive to binge-watching, keeps interest in the show high, week after week.

The series stars TVF regulars Biswapati Sarkar as the Mr, and Nidhi Bisht as his Mrs, bound together in a hilarious marital relationship. The episodes feature good-natured fights, humorous banter and funny situations between the couple, involving everything, from meddling mothers-in-law to freeloading friends to petty pressures.

The trailer of season 2, which was released recently, points to the second season of Mr & Mrs being as engaging and entertaining as Season 1.

Mr & Mrs streams on the Girliyapa YouTube channel from 7 January 2020.

In the meanwhile, here’s the trailer for you to enjoy!