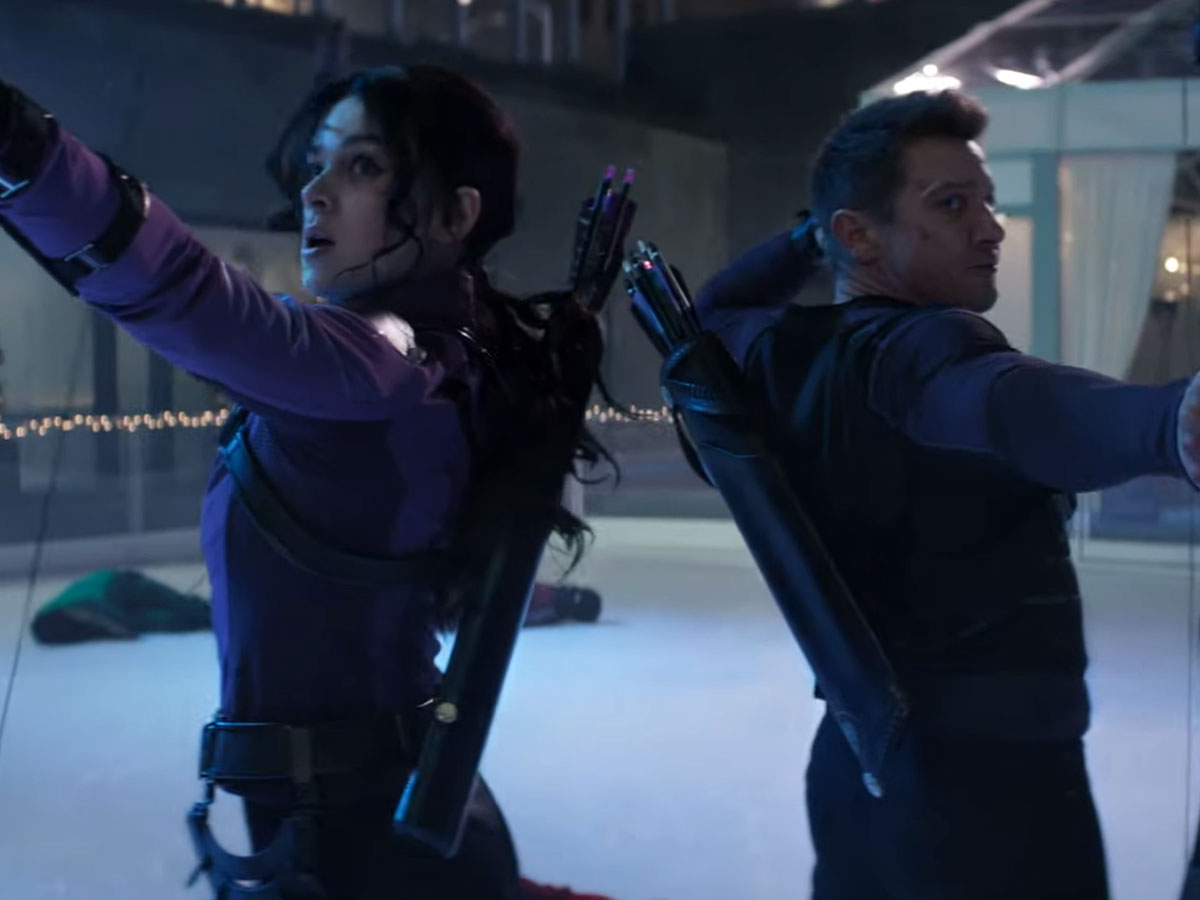 Marvel Studios has raised the bar with each one of its TV shows on Disney Plus so far. Hawkeye, its next, seems on track to better all the four previously released shows, WandaVision, The Falcon And The Winter Soldier, What If…?, and yes, even Loki. Marvel Studios has just revealed the trailer for Hawkeye, and it is eminently compelling and visually appealing. Moreover, its introduction of a new member to the Marvel Cinematic Universe is smooth, seamless and very interesting. Hawkeye releases on Disney Plus, and on Disney Plus Hotstar in India, on 24th November, 2021.

The trailer confirms that the story of Hawkeye takes place after the events of Avengers: Endgame. Clint Barton, aka Hawkeye, is trying to make up to his family for all the lost time, when he was mostly absent from family celebrations. It’s Christmas, and he just wants to enjoy the time with his wife and kids.

A masked vigilante, masquerading as his alter-ego Ronin (seen in Avengers: Endgame), draws him back into his past, as he says in the trailer, “The past has caught up with me”. Additionally, enemies he made in times gone by want revenge. The trailer introduces the new character of Kate Bishop, who’s enamored with Hawkeye. The two team up to take down the bad guys, but not before we get to feast our eyes on some well-structured action set-pieces.

Jeremy Renner reprises his role as archer par excellence Clint Barton, while Hailee Steinfeld plays Kate Bishop. The trailer has some enchanting interactions between Clint and Kate as mentor and mentee respectively. The post-credits scene of Black Widow has already told us that Florence Pugh is back as Yelena Belova in Hawkeye, intent on extracting revenge on Barton for Natasha Romanoff’s death. The remaining of cast includes Vera Farmiga, Fra Free, Tony Dalton, Zahn McClarnon, Brian d’Arcy James and Alaqua Cox as new character, Maya Lopez aka Echo.

The trailer doesn’t give a glimpse of the rest of the cast, nor does it give any hint of Kingpin’s rumoured presence in Hawkeye.

Hawkeye premieres on Disney Plus and Disney Plus Hotstar on 24th November. Have a look at the trailer of the upcoming show here –