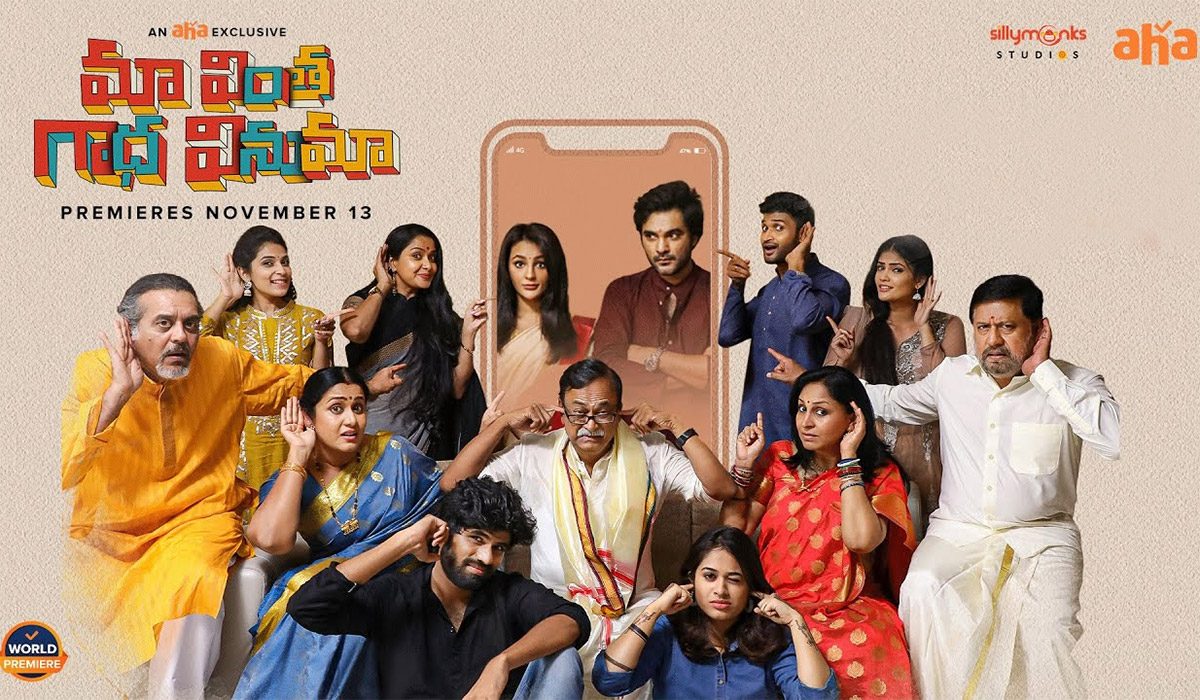 ‘Krishna and His Leela’ Hit Pair – Siddhu Jonnalagadda and Seerat Kapoor are coming back for another film – Maa Vintha Gadha Vinuma. The movie is an AHA Original and is all set for its Digital Premiere on 13th November as Diwali Special. The Regional OTT App for Exclusive Content has started its promotions with the release of the First Look Teaser.

The teaser has a funny voiceover introducing Siddhu’s Character and His Love Struggles. It is impressive and so are the dialogues of the Protagonist. There are several shots that indicate Siddhu’s funny antics and the troubles he faces in his love story are quirky. If the same translates to the film, AHA will have another winner in hand. Siddhu looks at ease in a role which needs subtle humor. Seerat Kapoor looks pretty. The visuals and music are also impressive.

Maa Vintha Gadha Vinuma is directed by a newcomer Aditya Mandala. Tanikella Bharani and Kamal Kamaraju are playing crucial roles in this Rom-Com entertainer. Sri Charan Pakala has composed the music for the film. AHA seems to be going aggressive for this Diwali. It has lined up two films and a Web Series for the festival. All of them are releasing on the same day i.e., November 13th.