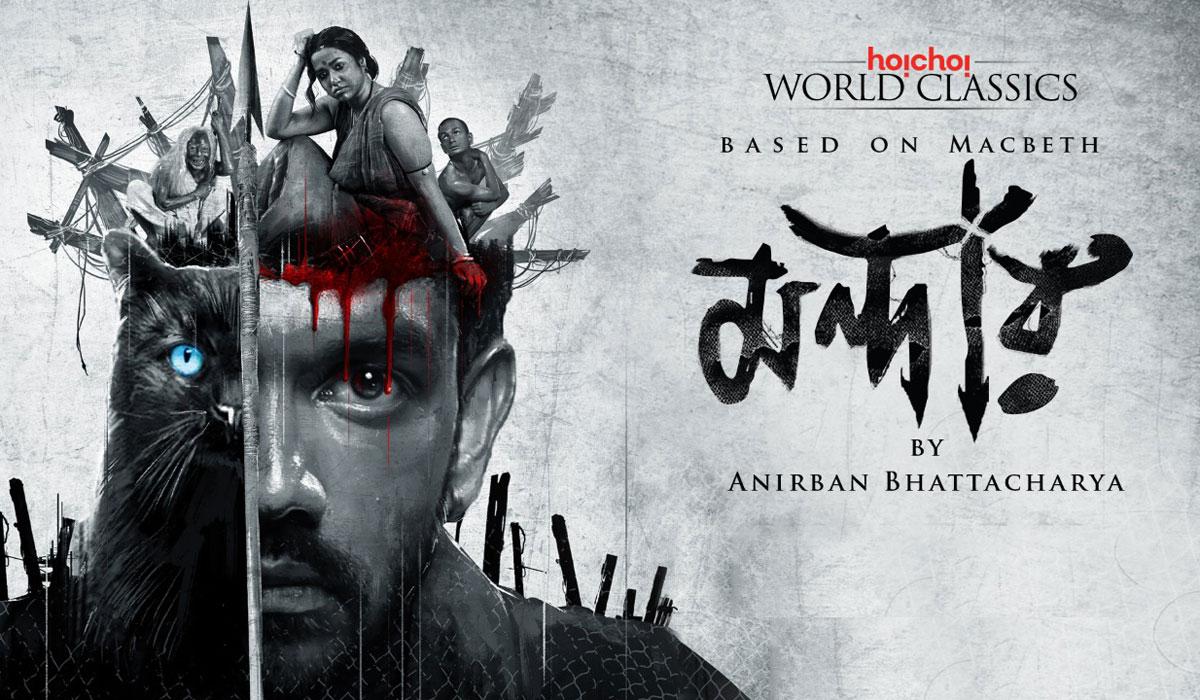 Hoichoi TV launched the trailer of the highly anticipated ‘Mandaar’, its first web series under its newly-minted category of ‘World Classic’. The series is a dark and gripping adaptation of Shakespeare’s classic play, ‘Macbeth’. The original play itself is decidedly dark, and thus, in today’s time of dark content, Hoichoi’s ‘Mandaar‘ is as dark as night. Stellar actor Anirban Bhattacharya turns director with ‘Mandaar’, another feather in his over-flowing cap.

Hoichoi launched the trailer of ‘Mandaar’ with much fanfare in the presence of the cast and crew of the show, at a press conference held at a prominent theatre auditorium in Kolkata. The exclusive Bengali streaming service decked up the auditorium to create an ambience of drama, just like the drama that oozes out of every frame of ‘Mandaar’.

The trailer of Hoichoi’s ‘Mandaar’ brims with a forbidding vibe, complete with blood, gore and edgy elements. The series is set in the backdrop of a fishing village called Geilpur, allowing director Anirban Bhattacharya to crank up the drama with glassy-eyed, lifeless fish, bodies speared to death and sinister-looking fishing boats lending the perfect backdrop for evil to fester.

Apart from the treatment given to Shakespeare’s source material, another exciting thing about ‘Mandaar’ is its exceptional cast. Sohini Sarkar as Laili (Lady Macbeth), Debasish Mondal as Mandaar (Macbeth), Debesh Roy Chowdhury as Dablu Bhai (King Duncan), Anirban Bhattacharya as Muqaddar Mukherjee, Sankar Debnath as Bonka (Banquo), Lokenath Dey as Modon (Macduff), Diganta as Moncha (Malcolm), and Korak Samanta as Fontus (Fleance) among many others, lend heft to the series. And oh yes, ‘Mandaar’ also has the three witches of Macbeth – Sajal Mondal and Sudeep Dhara as Mojnu Buri and Pedo, and the third witch being personified as a cat called Kala.

Mandaar premieres on Hoichoi TV on November 19th. Have a look at the trailer here-