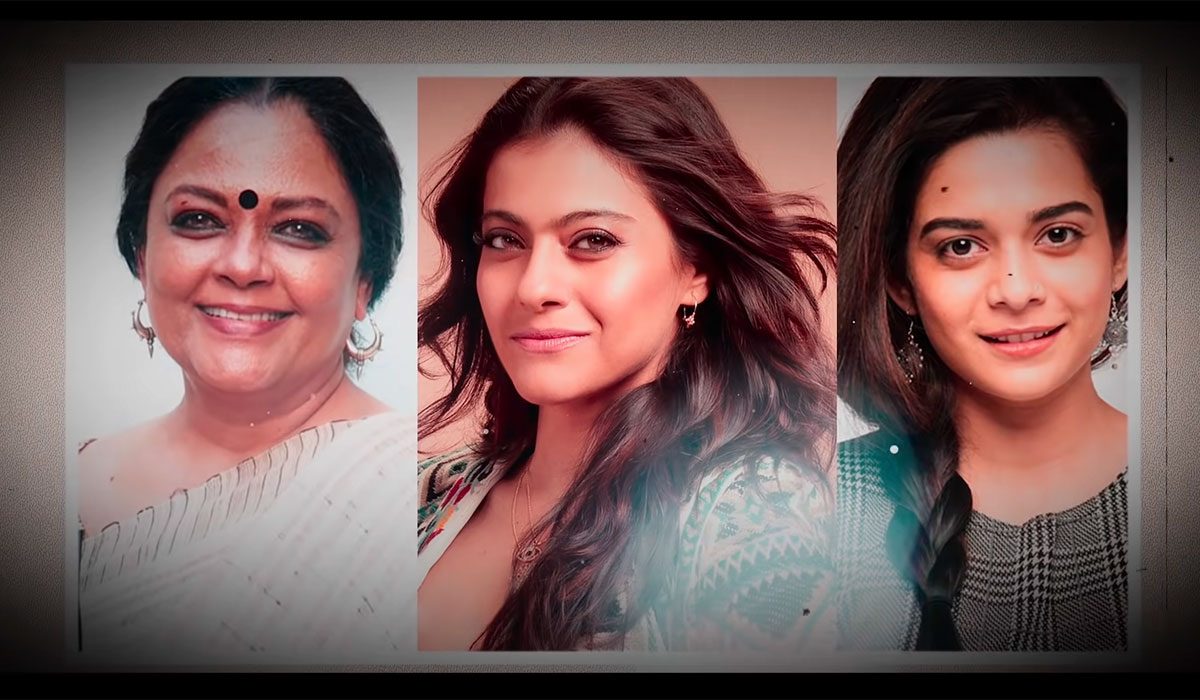 The film’s name ‘Tribhanga’ takes its inspiration from a pose in Odissi dance which is ‘disjointed and asymmetrical, yet mesmerizing and sensuous’. That’s how the life of these 3 woman, Nayan, Anu and Masha, coming from the same family is.

The story in Netflix’s ‘Tribhanga’ follows Anuradha Apte (Kajol), an actress and a single mother, who has had a troubled childhood, but now has made a name for herself in the entertainment industry. While telling her story in an interview she goes on to describe her mother Nayan (Tanvi Azmi), herself and her daughter Masha (Mithila Palkar) as three different poses of classical dance.

She describe her mother as ‘Abhanga’, who is a bit weird but also a genius and her daughter as ‘Samabhanga’, one who is completely balanced, caring and kind. And when it comes to herself, she compares herself to ‘Tribhanga’. But things start turning uncomfortable when her estranged mother Nayan goes into a coma.

The same journalist (Kunaal Roy Kapur) who had earlier talked to both Anu and Nayan, feels like there is more to their story and wants Anu to tell her about it and that Anu’s side would really help Nayan. But Anu doesn’t want to because the past she remembers is ugly, where she didn’t feel safe in her own house because of her own mother.

And that’s what made her protective for her daughter Masha, as she didn’t want her to go through anything even close to that. But as they say bad times make you reflect back on a lot of things and it’s then that you notice what you had missed. Anu soon realises that though her relationship with her mother has been complex but it’s her mother, her family who tried to do the best for her even when it didn’t feel like. Will Anu be able to grapple with all the regret and resentment about her strained relationship with her mother and face her, if and when Nayan wakes up?

‘Tribhanga: Tedhi Medhi Crazy’ on Netflix is going to be an emotional tale of women of a dysfunctional family, where its all about the barriers one creates depending on the things one experiences in life. But times change and there comes a point when nothing’s left but to cross over such mental barriers and go beyond the differences because after all its family, one thing that matters the most.

Directed by Renuka Shahane, ‘Tribhanga: Tedhi Medhi Crazy’ on Netflix stars Kajol, Mithila Palkar, Tanvi Azmi, Kunaal Roy Kapur, Vaibhav Tatwawaadi and Kanwaljit Singh among others. The trailer is endearing, with sentiments written all over it and when it comes to performances by the amazing cast, in one word, it’s just impeccable.