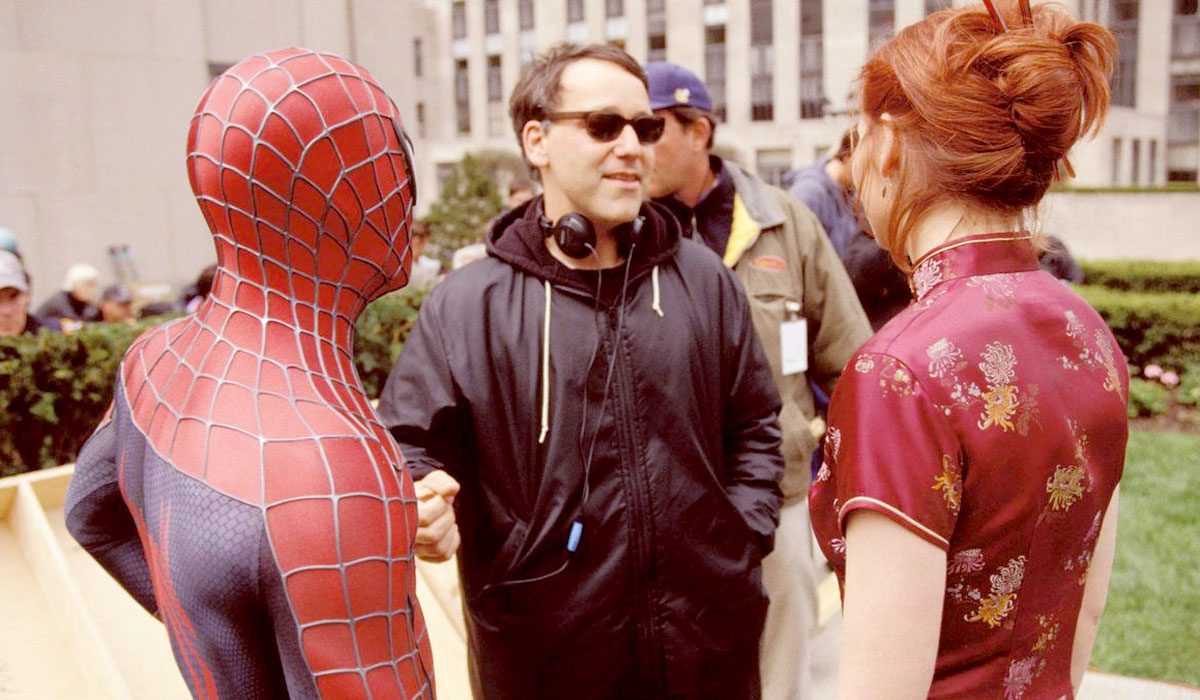 Creator of the Marvel Cinematic Universe franchise Kevin Feige disclosed in a very recent interview that the sequel to Benedict Cumberbatch’s ‘Doctor Strange’ movie namely ‘Doctor Strange in the Multiverse of Madness’ is reportedly in the final week of wrapping-up its filming schedule in London.

The ‘Doctor Strange’ sequel had a change of hands from the 2016 film’s director Scott Derrickson to Kevin Feige’s former associate Sam Raimi (They had apparently worked together in the 2007 film ‘Spiderman 3’ starring Tobey Maguire).

It is a well-known fact that Sam Raimi’s debut film was the 1981 low-budget horror flick ‘Evil Dead’, which featured his old friend Bruce Campbell in the lead role. The horror film was a classic example of a sleeper hit as eventually it went on to gain a cult following from genre fans. It acted as the perfect launchpad for Sam Raimi’s cinematic career.

The success of the film motivated him to helm the highly successful sequel ‘Evil Dead II’, which, unlike the serious and spine-chilling parent film, was essentially a horror-comedy. Raimi concluded the horror franchise with the third and the final film of the Evil Dead trilogy – ‘Army of Darkness’, in the year 1992.

Not many know that Raimi’s first rendezvous with the superhero genre was with his big-budget film ‘Darkman’ starring ‘Taken’ actor Liam Neeson alongside Oscar-winning actress Francis McDormand (Fargo). The film was a revenge-thriller that revolved around a scientist (Neeson) and his quest to seek vengeance against those responsible for burning him alive. It was a box-office success and generally received positive reviews.

Raimi’s next was a western actioner ‘The Quick and The Dead’ starring Sharon Stone, Russel Crowe, Gene Hackman, and a young Leonardo Di Caprio. A beautifully shot film, it remains to be one of the most underrated Sam Raimi films.

Then, in the year 1998, came his neo-noir snowy crime-thriller ‘A Simple Plan’. Bearing tonal similarities to the 1996 film ‘Fargo’, the movie was regarded as Raimi’s version (w.r.t. treatment) of the Coen Brothers’ cult film.

Interestingly, Joel Coen had been one of the editors of Raimi’s debut film ‘Evil Dead’. Despite ‘A Simple Plan’ failing to ignite the box office, the film was a critics’ darling, eventually garnering an impressive Metacritic score of 82 besides gaining two Academy Award nominations.

However, Sam Raimi’s true comeback film was the big-ticket silver-screen adaptation of Stan Lee’s comic book superhero – ‘Spider-Man’, which came in the year 2002.

Subsequently, Raimi made his comeback with the horror film genre with his 2009 film ‘Drag Me to Hell’, which was released to critical acclaim and commercial success.

His next venture – the fantasy adventure flick ‘Oz the Great and Powerful’ came after a hiatus of four years. The film featured ‘Spider-Man’ actor James Franco in the lead role. It was considered a visual delight and grossed over $493 million worldwide.

Even today, Sam Raimi’s ‘Spider-Man 2’ is still regarded to be one of the best comic book movies ever made. And further considering the box office and critical success of the 2016 ‘Doctor Strange’ film, the expectations for Raimi’s comic-book directorial comeback with ‘Doctor Strange in the Multiverse of Madness’, are naturally sky-high.

But, as per a quote in Raimi’s own film ‘Spider-Man’ – “With great power, comes great responsibility” and the brilliant filmmaker that Raimi is, he understands the far-reaching implications of being an integral part of the flourishing MCU’s Phase four slate – better than anyone else. In fact, Raimi has the rare ability to even surpass the hype.

Ironically, even Sam Raimi had ostensibly used a Doctor Strange reference in one of his ‘Spider-Man’ films. Perhaps, it was God’s way of telling us what’s in store after almost two decades since his first ‘Spider-Man’ movie came out.

Interestingly, with Raimi on board, Kevin Feige had recently described the upcoming Doctor Strange sequel as MCU’s first scary flick.

Moreover, following the television show WandaVision’s conclusion, the sequel will see Elizabeth Olsen reprising her role as the Scarlet Witch.

The sequel is also said to have a connection with Tom Holland’s film ‘Spider-Man: No Way Home’, which is expected to release at this year’s end. Also, Rachel McAdams who played the role of Dr.Christine Palmer in the first film is reportedly set to return.

Regarding the speculated connection between these films, Kevin Feige had earlier said, “The biggest clue is the title of the second Doctor Strange movie. That’s the biggest clue of where the Multiverse of Madness is taking us and how we’re exploring that”.

Initially scheduled for a May 2021 release, ‘Doctor Strange in the Multiverse of Madness’ is now currently being targeted for a March 2022 theatrical release. It is supposed to be the 28th film of the Marvel Cinematic Universe.Follow us on Google News