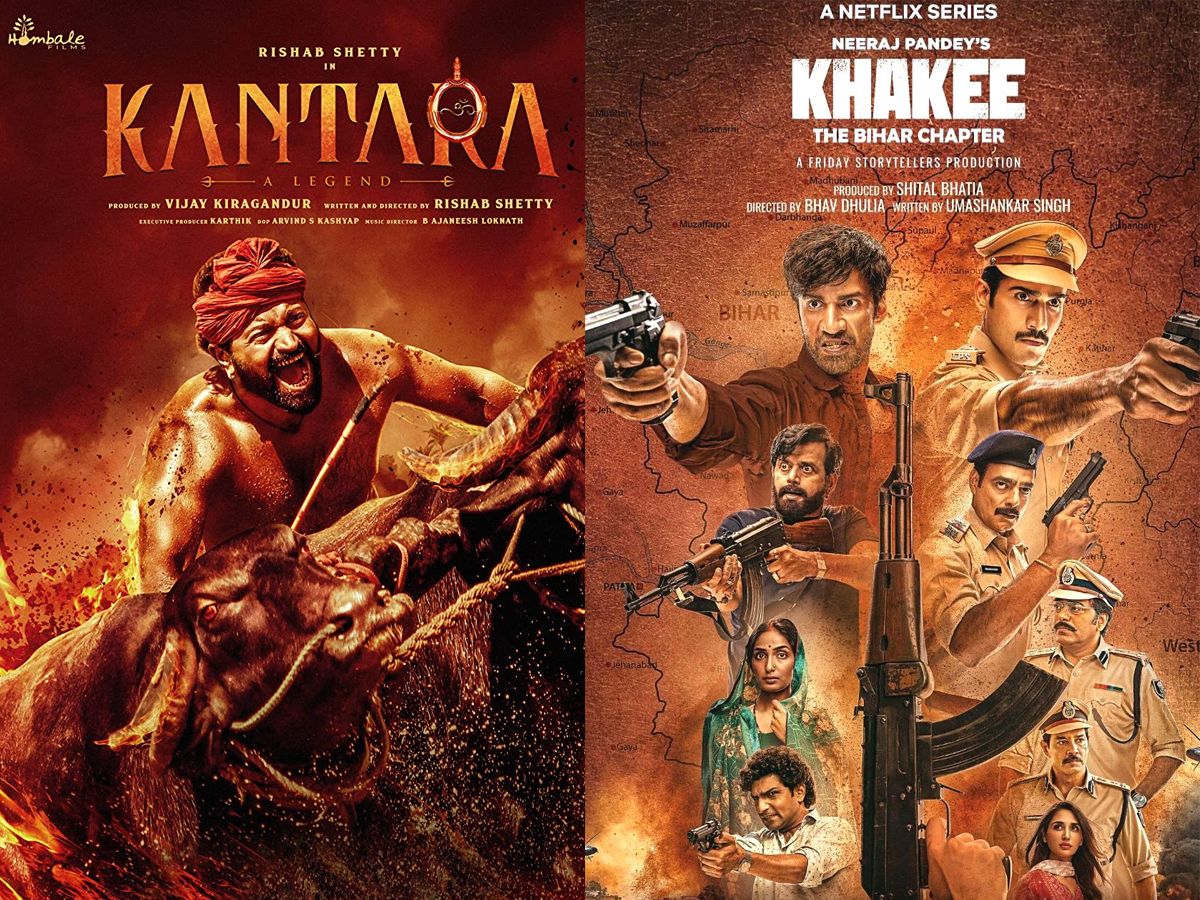 Last week was marked with the arrival of some exciting Indian OTT titles including several films and web series such as ‘Dharavi Bank’, ‘GodFather’, ‘Sardar’, and ‘Hostel Daze Season-3’, to name a few.

The man vs nature centric film has been written and directed by and features actor-filmmaker Rishab Shetty. Set in the fictional village of Kantara and narrated in three timelines, it follows the story of a hot-headed henchman named Shiva (Rishab Shetty). When a forest officer Murali (Kishore) tries to stop the local superstitions in the village and save the forest from the residents, Shiva locks horns with Murali with support from his landlord (Achyuth Kumar).

Khakee: The Bihar Chapter (Streaming on Netflix from 25th November)

Neeraj Pandey’s crime action-drama series revolves around the violent face-off between an upright super-cop and a dreaded criminal amidst the backdrop of chaos, violent and rampant corruption. It features an ensemble cast that includes Karan Tacker, Avinash Tiwari, Abhimanyu Singh, Ravi Kishan, Ashutosh Rana, and Anup Soni, amongst others.

The psychological romance thriller movie follows a Mumbai-based, disgruntled psychopath, who targets those film critics who he thinks have not done justice to the films they have reviewed. After a series of brutal killings, a senior cop makes it his mission to track the culprit and bring him to justice. Helmed by R. Balki, the film features Sunny Deol, Dulquer Salmaan, Shreya Dhanwanthary, and Pooja Bhatt, in pivotal roles.

Directed by Hanish D Kalia, the comedy drama show follows the story of four girls and how they deal with their relationships and face and fight several personal crises in their lives. Get set to go back and revisit your hostel days once again.

The political action thriller movie focuses on the oppressed segment of people in Northern Kerala. The film’s plot follows the protagonist Ravi (played by Nivin Pauly), who takes a stand against an opportunist politician and becomes the saviour of the oppressed and the downtrodden in his village.

Anudeep KV’s bilingual drama features Sivakarthikeyan alongside Ukrainian actor Maria Ryaboshapka, and Sathyaraj. The film’s story is about a Pondicherry-based teacher who falls for a beautiful British teacher who works in the same school. He tries to woo her and eventually marry her, much to the chagrin of the society they live in.Follow us on Google News