Home News Vadham on MX Player: A Fierce Cop’s Battle Against All Odds 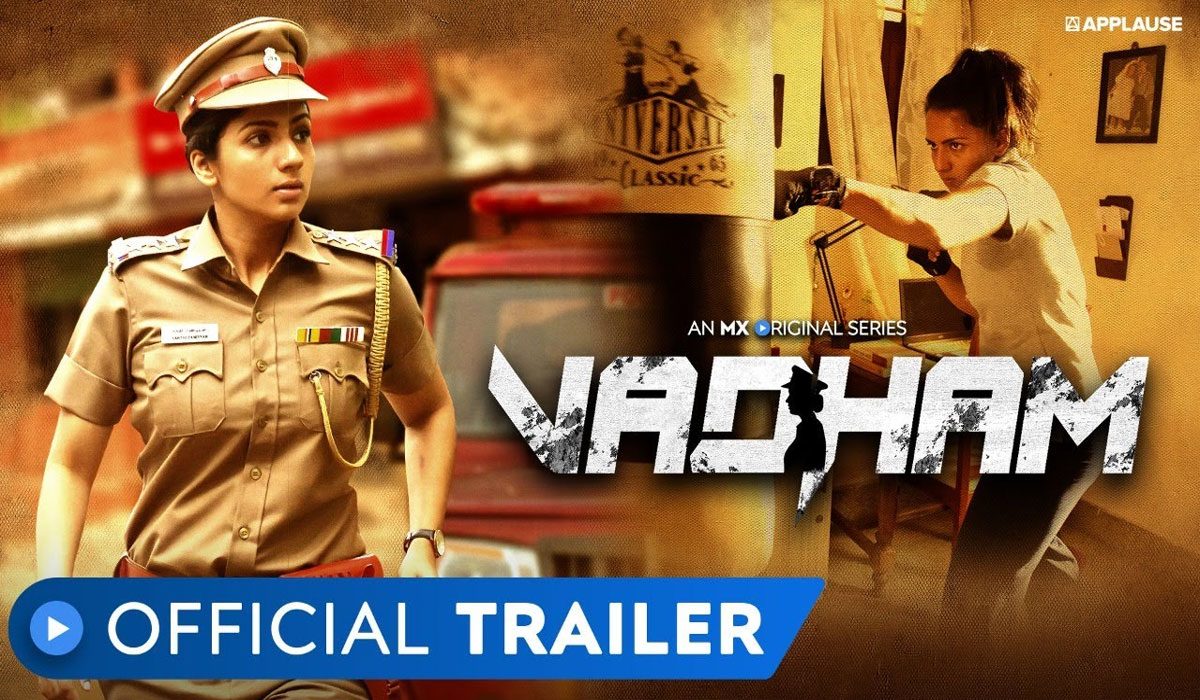 Indian OTT Platform, MX Player had unveiled the trailer of its latest web series – Vadham starring Sruthi Hariharan. The actress plays Sakthi Pandiyan, a tough cop who goes to any extent to solve a case even if that means going against the law. She is entrusted the murder case of Vignesh, a close-aide of the Union Minister from the State’s Opposition Party.

When she tries to crack the case, the entire system including her own department tries to create hurdles for her. The story seems to be all about how Sakthi and her team overcome those challenges and defeat the perpetrators.

The locations shown at the start of the trailer are impressive. The buildup visuals in the start to establish Sakthi’s character are also good. The background score is also impressive and creates the urgency that is needed for a crime thriller. The success of the web series will depend on how the director Venkatesh Babu entwines the story in various twists and unravel all of them interestingly towards the end. The trailer looks promising as of now. The web series which has twelve episodes in total will be premiered on February 12th. Vedham will be available in Tamil, Hindi, and Telugu languages.