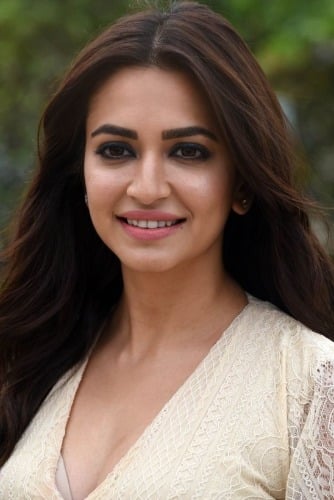 Kriti Kharbanda (born 29 October 1988) is an Indian film actress who appears primarily in Kannada and Telugu films. Born in New Delhi and brought up in Bengaluru, she worked as a model before making her acting debut in the 2009 Telugu film Boni. Subsequently she went to become one of the top actresses in Kannada. Kriti made her debut in Hindi cinema as well. She played the lead in Raaz Reboot directed by Vikram Bhatt and co starring Emraan Hashmi.In 2017, Kharbanda starred in two films: the comedy drama Guest iin London and the romantic comedy Shaadi Mein Zaroor Aana.In 2018, she made a cameo appearance in Karwaan and played the lead in the Kannada film Dalapathi. Her other releases in year were Veerey Ki Wedding and Yamla Pagla Deewana: Phir Se.In 2019, she starred in the ensemble reincarnation comedy Housefull 4, playing the double role of Rajkumari Meena and Neha.As of November 2019, her upcoming films are Anees Bazmee’s Pagalpanti,Rumi Jaffery’s Chehre,Bejoy Nambiar’s Taish and a travelogue Tamil film Vaan opposite Dulquer Salmaan.