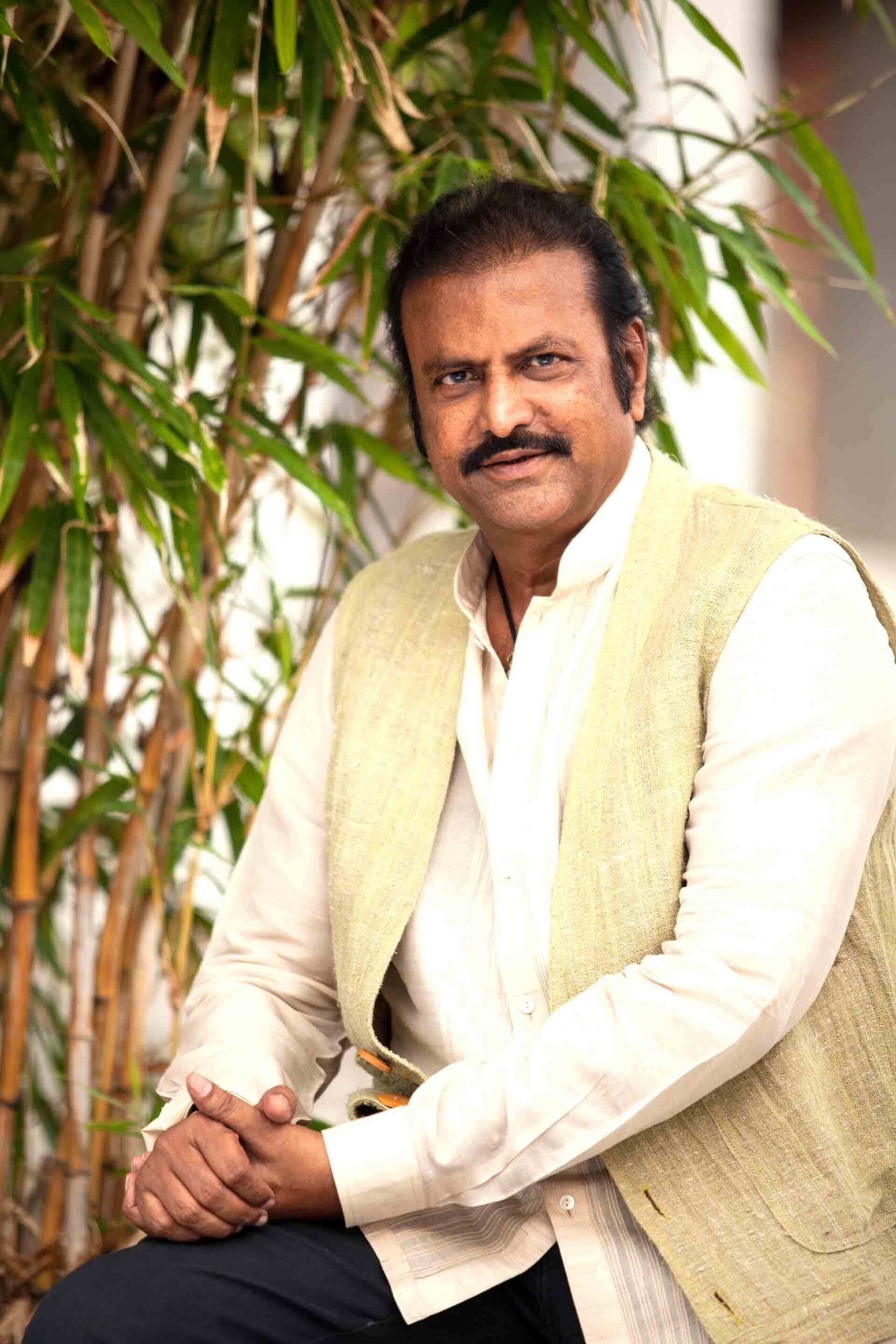 Mohan Babu was born on 19 March 1952[4] to Narayanaswamy Naidu and Lakshmamma in the Modhugulapalem village near the banks of the river Swarnamukhi. His birth place is sandwiched between two famous pilgrim centers – Tirupati (abode of Lord Venkateswara) and Sri Kalahasti (abode of Lord Vayulingeswara) in the Chittoor district of Andhra Pradesh. He was named Bhaktavatsalam Naidu in reverence to Lord Eswara by his parents. It was not until he stepped into the film industry that his name changed to Mohan Babu. Mohan Babu grew up with his three younger brothers, Ranganath Chowdary, Ramachandra Chowdary, Krishna and his sister Vijaya. After finishing primary schooling from Yerpedu village, he attended the S.P.J.N.M High School in Tirupati. As a child, Mohan Babu developed an interest with the stage and actively appeared in school plays from the age of 14. His father, a headmaster, was keen on his son pursuing an academic career. It was during this time that Mohan Babu moved to Chennai and acquired a degree in Physical Education from the YMCA College of Physical Education. He then moved on to attend the Madras Film Institute to pursue a career in the film industry. He was also a class mate of superstar Rajinikanth who is one of his closest friends in the film industry.[5]a