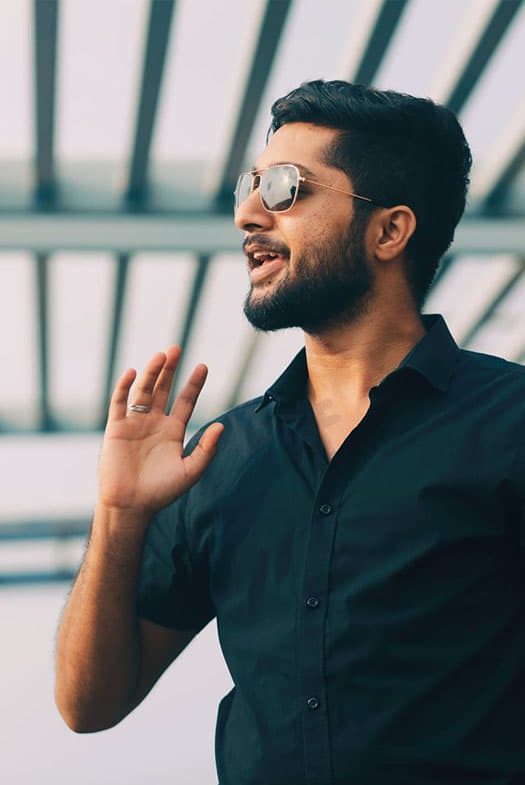 Shebin Benson is an Indian film actor who predominantly features in Malayalam movies. He made his debut in the 2013 film Idukki Gold, under the direction of Aashiq Abu. Revolving around a group of friends who are on the lookout for their old friends, Shebin was cast to play the younger self of Maniyanpilla Raju’s character in the film. He then went on to feature in the Mammootty starrer drama film Varsham, followed by the role of teen Aloshy in the Amal Neerad movie IyobintePustakam and also did the teen Dawood in the action comedy film Inspector Dawood Ibrahim (2016). His other project in 2016 was Don Max’s directorial venture 10 Kalpanakal, in which he starred as part of the supporting cast, whereas Anoop Menon and Prashant Narayanan played the lead roles. His 2017 movie includes Kaattu, which stars Asif Ali, Murali Gopy, Varalaxmi Sarathkumar and Manasa Radhakrishnan in the lead roles, under the direction of Arun Kumar Aravind. In 2018 he did his first lead movie Kaly which is directed by Najeem Koya and produced by August CInemas and he also played the younger version of Sethu Madhavan in the movie Mohanlal directed by Sajid Yahiya. His upcoming movies are Paviettante Madhurachooral and Oronnonnara Pranaya Kadha.