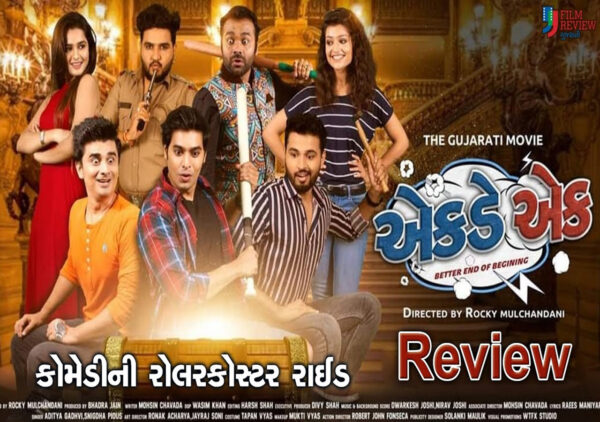 What Is The Story About?

Oho Gujarati’s latest offering ‘110‘ is a 4-episode series that centres on a good-hearted, overweight man, Falgun (Kavin Dave), who leaves a cushy corporate job to achieve his dream of becoming a successful RJ. Along the way, weight issues and lack of a love-life take centre-stage in his simple, Gujarati middle-class existence.

110 is written by Abhivan Vaidya, directed by Anish Shah and produced by November Films.

‘110’ is Kavin Dave’s show all the way. The actor has rendered a commendable performance that is clearly straight from the heart. The subtle shifts in his body language, tenor of voice and expressions convey the ups and downs of his character perfectly.

‘110’ does not re-invent the wheel with its story of an aspiring RJ who has multiple other issues to deal with. It is an oft-told tale that has been done to death. However, 110 scores in its simple, heartwarming way of telling the tale. Falgun’s story is realistic and commonplace. Falgun could be anyone in real life – you, me or your next door neighbour. All of us struggle with career and weight issues, are body-shamed in snide ways, harangued by parents to settle down in life, worry about finding the love of our lives. We are thus able to relate perfectly to the happenings in Falgun’s life.

The scenes depicting Falgun relationship with his parents, and the chatter they share at home give a warm and lived-in feel. There’s nothing artificial or contrived about it. His struggle with weight issues is also handled with a deft touch of humour and lightheartedness, which never allows it to get too melodramatic or overbearing. Weaving Falgun’s weight-loss journey into his RJ turn is fun and heartwarming to watch.

110 is altogether a breezy and enjoyable watch. The best part is that it’s only four episodes long and can be watched at one go. However, we do feel that the episodes could have been shorter. At 35-38 minutes per episode, the story tends to meander aimlessly in between, and feels stretched at places.

Music And Other Departments?

The background music is well matched with the narrative – peppy and upbeat in the pacy sequences, subtle and understated in the emotional ones. The editing is fine. The sound design leaves a lot to be desired. It is riddled with glitches throughout the series. The background noises creep into some sequences, while the sound feels muted and beset with inconsistent levels at other places.

The story feels stretched and meandering sometimes, due to overly long episodes

Sound leaves a lot to be desired

Yes, in most parts

Do I recommend it?

For older audiences, not for the Gen-X