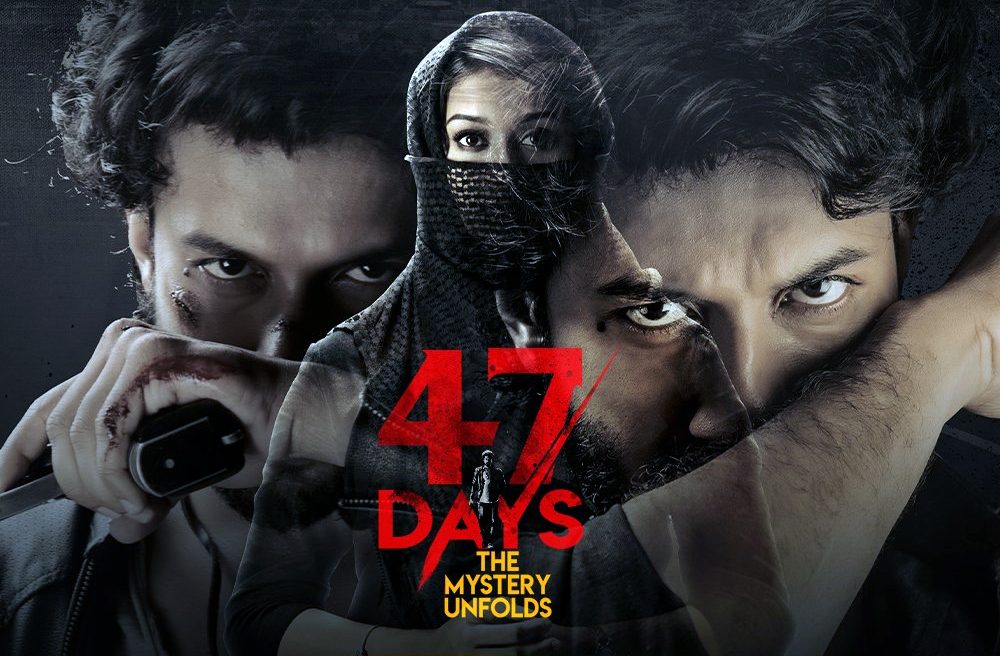 Ravi (Ravi Varma) handles a case which he is in a hurry to close. He meets his friend, ACP Satya Dev (Satya Dev) and tells him the details over a drink. Later Satya Dev finds that there is a link between Ravi’s case and his wife’s death.

Satya Dev is a suspended ACP. He finds it as an opportunity to find answers to his wife’s death (by suicide) and also prove his credentials as a cop. What is the mystery he uncovers in 47 days is what the movie is all about?

Satya Dev is the only decently developed part in the entire movie. He comes up with a sincere act and is also the only reason if anyone would want to sit through the mess.

There is a scene post-intermission where Satya Dev talks about him being a loser. It shows the glimpse of the fine actor that he can be. Unfortunately, 47 days is not the film.

Pradeep Maddali makes his debut as a director with the movie. For a mystery thriller, he has come up with a simple plot and fails on all critical aspects of the narration.

Right from the start, we know that 47 Days is off track. The opening scene itself feels unconvincing. Still, a benefit of the doubt is given. But, things look ominous (not in an exciting way) very soon.

The way the screenplay leads to re investigation thought in the mind of the lead character is poorly executed. The griping quality, which is so necessary for any thriller to engage is entirely absent.

The writing is so predictable and thin and gives nothing to invest in the narrative. It just moves from one scene to the other with the only ambition to reach an end. It is as if one is going through the motions knowing at the outset itself that it would be a lost cause.

The thrills are on expected lines with no real twists. The one in the apartments is done so often that the novelty is lost. The rest, including the climax one, are terrible, to say the least.

With each passing day (screenplay wise and hence the title), the proceedings only get worse. There is no interest whatsoever in the happenings. One might as well skip the whole thing and reach the end, and nothing would go amiss.

The twist in the tale at the end comes across as one last desperate attempt of a dying person to say something, whom we know is going to die for sure. It doesn’t matter the movie is dead by that point. The ‘attempt’ only seems like an additional pain.

Overall, 47 Days is a terrible thriller and one of the laziest written and executed in a long time. There is zero effort to make it work. If you like Satya Dev, forget that this film exists. If you love thrillers, make sure others (including you) feel the same as those who like Satya Dev.

There are a few actors in the movie, including two female leads. Suffice to say none have an adequately developed part. Every character is half baked and sketchy with no depth. Between, Pooja Jhaveri and Roshini Prakash, the latter has a comparatively better part.

Among the rest, which include the likes of Ravi Varma, Srikanth Iyer, Sathya Prakash, Hari Teja etc. only Srikanth Iyengar manage to stand out. He does go overboard, though. When we use the words like ‘better’ and ‘stand out’, remember it is only said within the mess that has been created.

Raghu Kunche gives the music for the film. It is another aspect apart from the hero, where one gets the impression that someone is making an effort. It is another matter that it doesn’t work out that well. The cinematography is uniformly poor with few parts being on the level of short films. The editing could have been better. The writing is ordinary and adds a lot to the predictability.