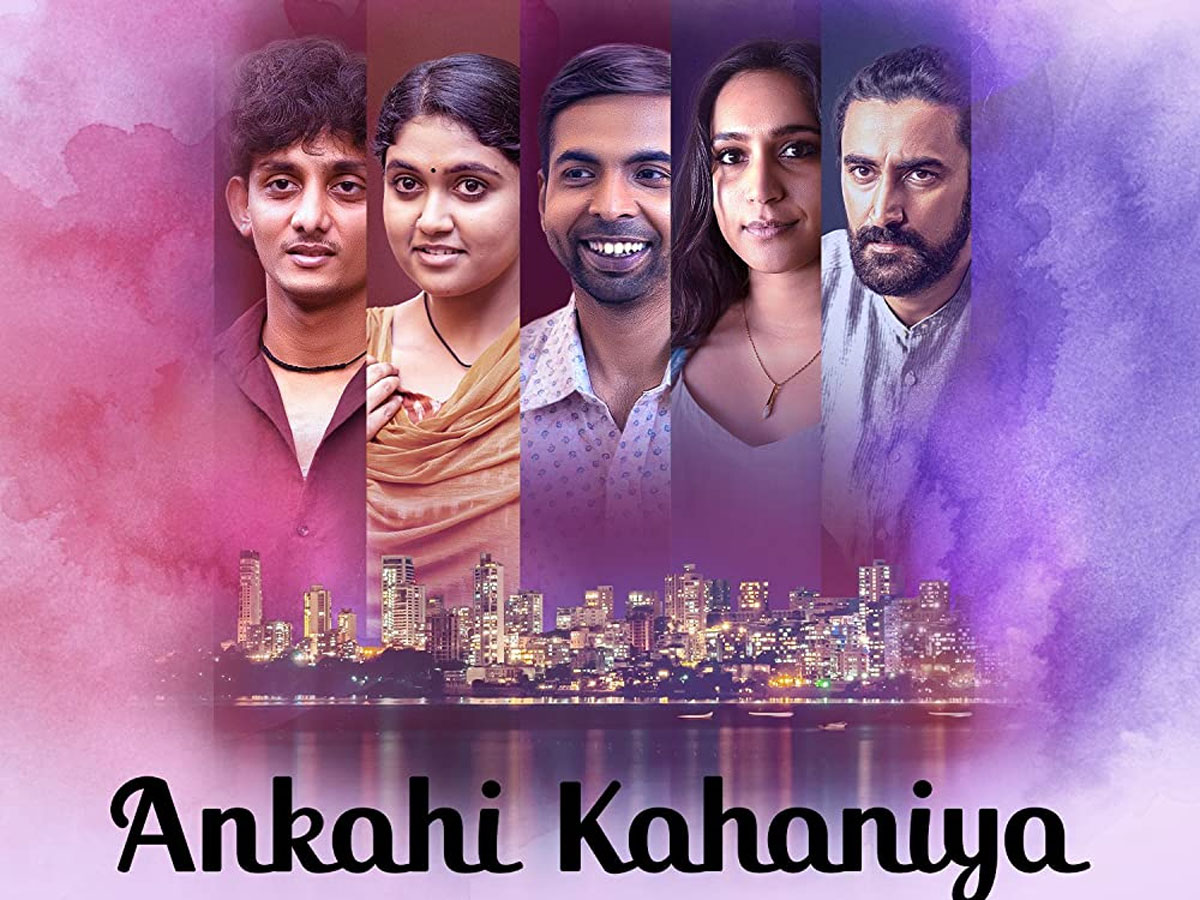 Ankahi Kahaniya is Netflix’s latest Indian Original offering, an anthology film comprising three short films. The stories are quaint, all three based on a hint of fantasy; fantasy that dissolves as it obviously will, into a messy reality that is not always pleasing, but invariably optimistic. The stories are set in the backdrop of Mumbai, where grime and glamour reside side by side.

The performances are good across the board, with every member of the lead cast rendering precise and and realistic portrayals of the characters they play. Kunal Kapoor, Abhishek Banerjee, Zoya Hussain, Nikhil Dwivedi, Palomi Das, Rinku Rajguru and Delzad Hiwale step up to the plate to deliver the needful. Rinku Rajguru is especially effective as a girl living in a tiny chawl apartment in the shadow of overbearing patriarchy. Delzad Hiwale lends superb support to the in-form actress in the Abhishek Choubey-directed film.

All three short films in Ankahi Kahaniya are imbued with a certain whimsical quality, giving them a fantastical streak, but also steeped in the reality of life in a city like Mumbai. There is a hint of sadness in the proceedings, though the endings are far from sad – they end on a note of hope and optimism that says that if not the present, maybe the future will bring that elusive emotion known as happiness.

Ashwiny Iyer Tiwari’s film has Pradeep (Abhishek Banerjee), a migrant worker from a small Madhya Pradesh town, who leads an utterly lonely life in Mumbai. One fine day, his employer buys a beautiful female mannequin for the garments shop where he works. The lonely Pradeep’s repressed imagination personifies the mannequin into Pari ji, helping him to dispel his loneliness as he chats with it, dances with it, and in one moment of craze, even takes it down to the beach for an imaginary date. Those who grew up in the eighties will likely be reminded of the hit film, ‘Mannequin’, but only just. This is the only story that ends on an outright happy note. The premise is of course incredulous, but Abhishek Banerjee makes it kind of believable. The objective of the film is obvious at the outset – to depict the loneliness and tedium of migrant life, especially in the lower rungs of the societal ladder.

Rinku Rajguru’s short film, directed by Abhishek Chaubey, is set in eighties Mumbai. She plays the outspoken Manjari, who is tired of to contending with daily patriarchy, and submitting to the lecherous male gaze and touch of random men. Marathi movies with swashbuckling heroes are her only escape into a world of fantasy. She finds unexpected kinship in the equally hapless Nandu (Delzad Hiwale), a young employee at the single-screen theatre she frequents. The ending is strange and surprising, yet leaves one with fleeting hope for the two aspiring entrepreneurs. It is a sweet story, not too impactful, but meaningful nevertheless.

Kunaal Kapoor‘s short film, directed by Saket Chaudhary, is the least impactful of the lot. It is a cynical portrait of married life, declaring infidelity as an inevitable part of every marriage. It has an inconclusive, ambiguous plot, leaving one confused whether the infidelity is real or a figment of Tanu’s (Zoya Hussain) imagination. The parting shot of the film is an ill-conceived attempt at female empowerment that neither inspires nor impresses the viewer. Tanu’s epiphany at the end – to not play second fiddle in her marriage – feels like a convenient way and lazy way to end the story on an optimistic note.

To sum it up, all three short films in Ankahi Kahaniya are good while they last, but fail to leave any kind of lasting impression on the discerning viewer. Abhishek Chaubey’s segment is the only one that gets us invested in its protagonists, which is simply not the case with the other two short films.

Sylvester Fonseca has done a good job of capturing the sights and sounds of Mumbai in Ashwini Iyer Tiwari’s film. Avinash Arun Dhaware’s cinematography is the best of the lot – he’s caught lower middle class Mumbai perfectly and precisely, with its ramshackle chawls and run down cinema halls in all their seedy glory. The background score of the three films is subtle and not too overwhelming. The editing is fluid and faultless.

Not too impactful storytelling

I found it average

Strictly as a one-time watch