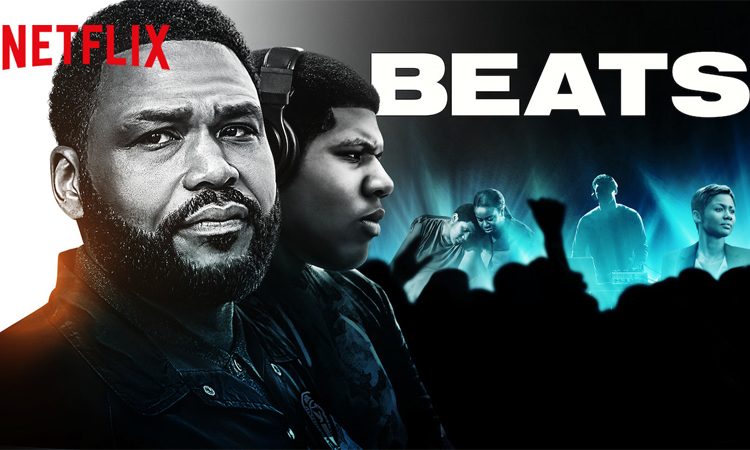 BOTTOM LINE: An Underwhelming Tale Of Coming Of Age

August Monroe (Khalil Everage) suffers from PTSD attacks post a traumatic incident and stays indoor with his mother taking care of him. How he overcomes the problem and shines in life from an unlikely guardian Romelo Reese (Anthony Anderson), a part-time security guard at the school with his musical past to deal with is what the movie is all about?

Anthony Anderson delivers a solid act on which the entire film rests. He conveys the pain the character is going through with his subtle yet intense acting. The bonding he shares with the kid feels so real and is what drives the predictable narrative forward.

There are many moments which stands out due to his camaraderie with the young-adult kid played by Khalil. The musical sessions they go through are a joy to watch because of him even though nothing actually is happening story-wise. 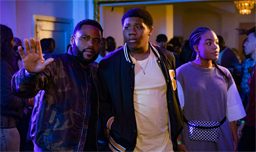 Beats is a straightforward narrative which needs a definite direction. While Chris Robinson doesn’t entirely fail, he isn’t able to imDdrapart the required energy and momentum to the proceedings.

The best part of the predictable narrative is the mentor and student type of bond formed between the two main protagonists August and Romelo. A sense of enjoyment is felt in a dull story whenever they are together. It stays that way until the end.

However, the various other subplots involving the primary characters, August with his mom, and Romelo with his wife are far from adequate. They seem to be present to fill the world, the space, just like the characters of Niyah and Terrance do. But, the depth is missing. It is the same case with the musical scene and the people in that backdrop.

In short, everything else besides the bonding of August and Romelo feels lacking. There is a critical moment when Niyah gets angry at August and let her angst be known to him. The following sequence makes one feel for August when he breaks loose and destroys musical equipment. The movie required more of that sort of dramatic impact. But it wasn’t to be because the relationship between them hasn’t been properly built. And a couple of sequences like this aren’t enough for the predictable narrative.

Also, the neighborhood which is supposed to be troubling August hasn’t been appropriately developed to connect to the plight of the youngster. That is where Beats fails. It lacks the energy the premise requires to keep one engaged.

Overall, Beats has its low-key moment’s right, but it fails to get the right amount of drama to make it soar. It only manages to skin the surface of the potential it had within its predictable terrain.

Many characters are part of the proceedings, but none have any profound impact on the narrative. Khalil Everage has done his part well with conviction. We do feel for him at the start, but after a point, the lack of meat in the story makes one feel as if it is not progressing at all and is stuck in a loop. Still, the pre-climax and climax emotional outbursts work out.

Among the rest of the supporting parts, Uzo Aduba as the mother of August and Emayatzy Corenialdi playing the estranged wife of Romelo have some bigger arc to them related to the main pl. However, they come across as half-baked and repetitive after a few scenes. More than the performance, the writing and lack of story are to be blamed for that feeling. 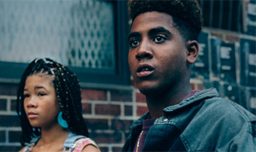 The music of the film, mostly hip-hop, belongs to the enjoyable part of the tale. One can feel what Romelo is going through as a manager while listening to it. The cinematography Joshua Reis is decent. It attempts to give a different look to the Chicago setting, but the whole thing feels derivative somehow. The editing by David Blackburn is fine. It keeps the flow plain and simple. The writing by Miles Orion Feldsott is alright. It works well in parts.