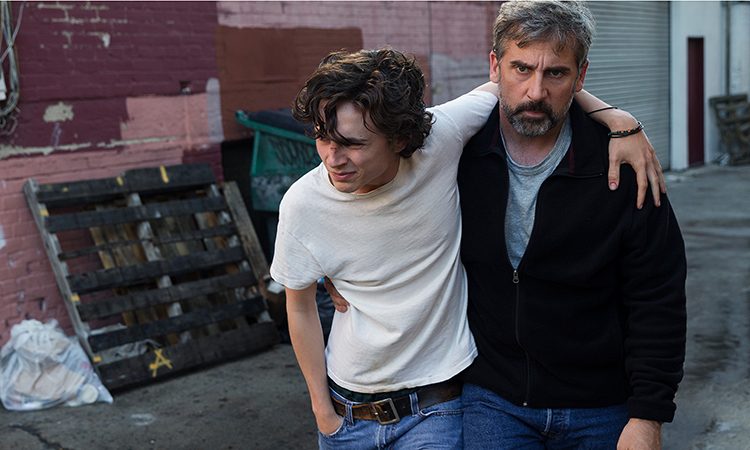 The film, based on a series of books written by David and Nic Sheff, narrates a father’s journey while dealing with the repercussions of his teenage son’s newfound drug addiction (particularly to crystal meth). The story has the father David pondering over the reasons behind his son Nic’s change for the worse as he recollects vignettes from his childhood, wondering what went wrong with his parenting. The parents nearly give up on the son’s recovery, presuming his addiction has reached an irreversible stage until a miracle turns things around. Beautiful Boy is about the trials and tribulations of a father dealing with the not-so-rosy side of parenting a problematic child. 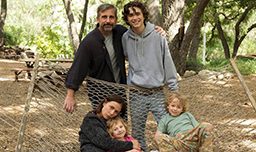 As a film, Beautiful Boy doesn’t have any subplot to strengthen its core and you wonder if that’s the reason behind the sometimes-flat narrative. So there are only a handful of actors in the film whose performances are very instrumental in conveying the essence of the plot. Timothée Chalamet, after a superbly affecting performance in Call Me By Your Name, finds a worthy successor to his act. In the shoes of a helpless, hopeless drug addict, as a lost son, the young actor breathes intensity into his role with a powerful performance that strikes an emotional chord.

Steve Carell as the father gets a tougher role. The father is crushed inside, full of self-doubt about his parenting but he needs to stand up for his son, act like he’s normal. The underplayed performance is full of impressive nuances – the glares, the hugs, the unsaid words do well to lend conviction to his act. Most other actors have little else to do, including Maura Tierney and Amy Ryan as the stepmother and the mother. Their supporting acts are memorable but the storytellers don’t do much to establish their perspective of the story. A peek into their mind could have brought more depth and variety to the father-son thread.

The director Felix van Groeningen indeed had a tough task on his hand while adapting the father-son memoir series for the visual medium. Although it may a poignant tale of transformation and parenthood while flipping past pages in a book, Beautiful Boy’s plot is too simplistic to work for the visual medium. The lows are more frequent than the highs, the path towards the recovery of the protagonist is time-taking and doesn’t offer much hope till the very end. It all had to boil down to performances and the depiction of the father-son equation to work, and that’s what salvages this digital-offering from biting the dust.

The film, because of the obvious absence of a well-fleshed out plot (the nature of the story is such), focuses on the little moments that shaped the protagonist’s early years. From Nic having to deal with a new parent after his father’s divorce and bonding with his step-siblings to the time he spends with his mother in the summer holidays, you notice that he is a happy go lucky kid who has very little to complain about. The director keeps you guessing about his addiction and what prompted him to do crystal meth in the first place. Even by the end of the film, the answer doesn’t seem to be quite straightforward. It’s like him almost saying, ‘It just had to happen.’ 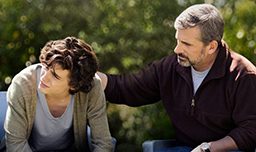 The father’s pain completely comes across in the film. The director is successful in portraying the restlessness of a father while trying to understand his son’s dramatic change. There’s more hopelessness than hope here. He hears traumatic stories of parents having to deal with the death of their wards in similar situations. He sees a son stealing pocket money from his 10-year-old sibling. It’s the worst nightmare for any parent and the internal chaos of the father is reflected well.

But, as a narrative, the film doesn’t always work. This is like an American version of Vaaranam Aayiram (Surya S/O Krishnan) minus the romance. It’s always stuck in the ‘past versus reality’ mode. The behavioural patterns of a drug addict, though detailed well, become too monotonous as a viewing experience. It’s almost like a viewer waiting to see what newer low could the protagonist stoop down to. Though the emotions in it are sincere and performances are honest, the plot needed more meat, more breathing space to keep a viewer hooked. Beautiful Boy appears to be a story that could crush you mentally but a fleeting narrative doesn’t quite help its cause. 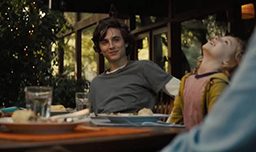 The music goes a long way in bringing authenticity to the little moments that establish the father-son bond. There’s a dramatic arc in the background score providing a larger-than-life vibe to the narrative. The cinematography is sharp, precise and equally beautiful within the scope of a dark story. The writing needed more meat and though it’s appreciable that the writers have stayed true to the essence of the book, they seem to have made a compromise with its cinematic appeal.