Home Reviews Bombay Begums Review – Can A Woman Have It All, Asks This...
Binged Rating6/10 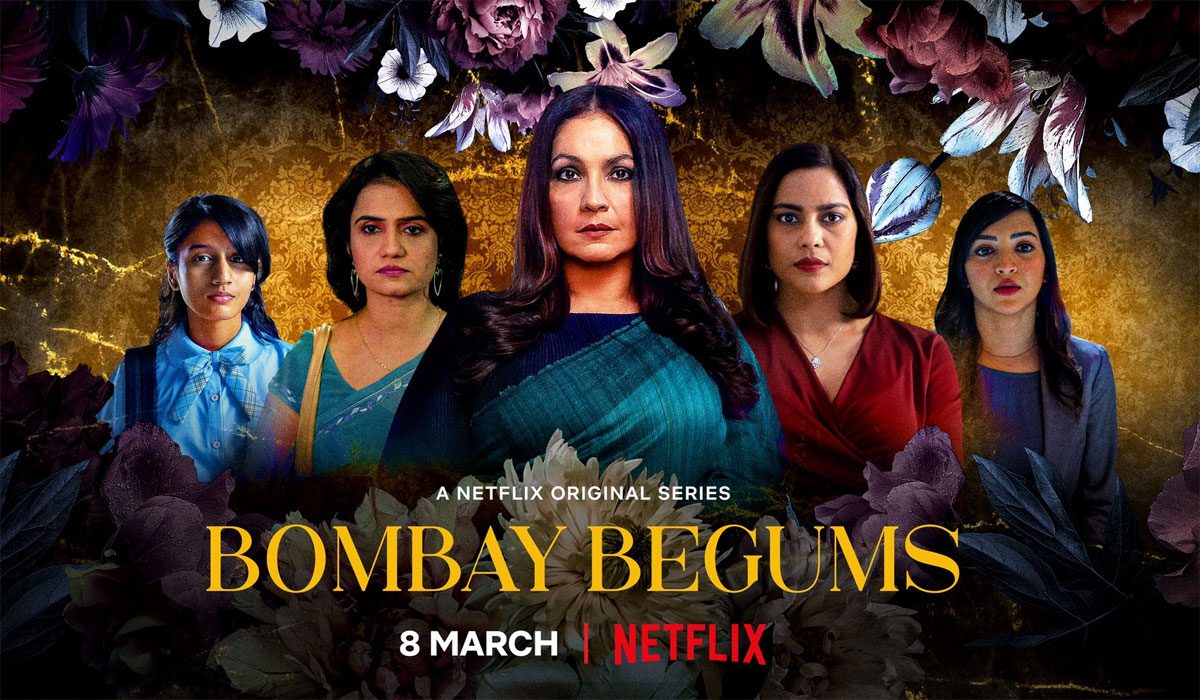 BOTTOM LINE: Can A Woman Have It All, Asks This Electrifying, Empowering Show

Netflix’s latest Indian Original show ‘Bombay Begums’ centres on five protagonists, all female, all from different walks of life, yet caught in the same milieu – a patriarchal world, where women have to face judgement for the simple reason that they are, well, women. 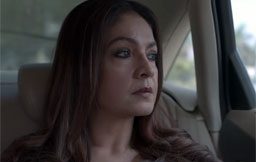 Rani Irani (Pooja Bhatt) is the freshly-minted CEO of the Royal Bank, who has to stand up to backstabbers within and outside her organisation, along with managing a largely disapproving family at home. Fatima Warsi (Shanaya Goswami) is trapped in a situation where her heart is constantly at war between her husband Arijay’s (Vivek Gomber) desire to have a baby and her fast-ascending career trajectory as Rani’s Number Two.

Lily, aka Laxmi Gondhale (Amruta Subhash) is a former bar dancer turned prostitute, who wants a decent upbringing for her son, and something she craves more than anything – respect in society. Ayesha (Plabita Borthakur) is an aspirational employee at the Royal Bank. She wants it all – a successful career, a fulfilling sexual life in her just-discovered bisexual identity – but not at the cost of her dignity.

Tying all these women and their stories together is precocious teenager Shai Rani (Aadhya Anand), who acts as the de facto narrator of the show. Shai is Rani’s stepdaughter, introverted, pre-pubescent, but with a deeper understanding of a lot of womanly things than most mature women.

Bombay Begums has been written and directed by Alankrita Shrivastava, along with Bornila Chatterjee.

Pooja Bhatt is simply brilliant as Rani, taking your breath away with her scene-stealing performance. Those who remember her as the sweet unassuming girl of Dil Hai Ki Maanta Nahi and Sadak – prepare to be stunned! Amruta Subhash delivers yet another excellent performance in a role that seems to have been written especially with her in mind. Shanaya Goswami, Plabita Borthakur and Aadhya Anand are equally good in their roles. 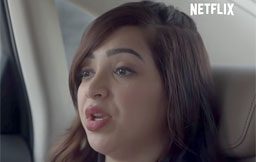 While the women undoubtedly steal the show, the male leads lend commendable support. Manish Sharma is excellent as the wily Deputy MD of the bank. Danish Husain is the much-needed calming presence in the constant turmoil of the narrative, and his performance is likewise – calm and assured. Rahul Bose is competent as always. Vivek Gomber delivers a flawless performance as a clueless husband who oscillates between supporting and censuring of a more successful wife.

Bombay Begums, in essence, is a spiritual sequel to the director’s earlier Lipstick Under My Burkha. Like that seminal film, this one casts a thought-provoking eye on the myriad things that being a woman entails – big and little. Shai is unsure of herself and lacking in confidence at school. And all because she’s not started menstruating yet, and she’s not curvy like the other girls – a reality she tries to alter by puffing her chest out and hunting for the perfect padded, underwired bra. And by painting blood stains onto the back of her school skirt. Ayesha is caught between telling on the man she idolises or letting his transgressions pass – the latter is what the whole world wants her to do. She finds an unlikely ally in Lily, who advises her to stand up to the bullies. At the same time, she strives to get comfortable in her bisexuality — newly-discovered courtesy sultry jazz singer Chitra (Sanghmitra Hitaishi). Rani is menopausal, something she doesn’t want to acknowledge, but which gets thrown in her face time and again, by supposedly helpful female colleagues and snide sarcastic male ones.

The narrative brims with these, and gazillion similar instances of provocative storytelling. Bombay Begums, however, scores in the other, more nuanced issues it touches upon. It brings into sharp focus the duplicity of the 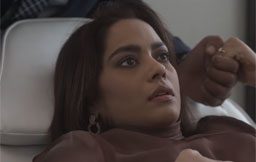 society we live in – a duplicity where, let alone men, even women are ready at the drop of a hat, to pull down other women as a means to various ends – success in career, misplaced loyalty to a mentor, getting even or one-up, as the case may be, and what not.

The series suffers from a stretched and dragging screenplay in the middle episodes, when the story appears to be not moving forward but circling around the same issues and subplots. But it recovers smartly and races ahead at full steam towards the end.

Sexual harrasment at the workplace, and getting away with it with the connivance of the powers at be; being the stepmother who can never stand up to the first wife, however hard she tries; the mandatory lesbian relationship – Bombay Begums touches upon all of these, and much more in the six episodes of its first season. Though the narrative is familiar, and we can even guess where it’s going to lead in the new season, if there is one, yet Bombay Begums is a compelling watch because of its brilliant performances, deft direction and stellar storytelling. Alankrita Shrivastava’s gripping screenplay and well-written dialogue succeed in keeping the viewer hooked to the screen, eminently caught up in the story unfolding on screen.

Akshay Singh’s camerawork is excellent. The play between light and dark, the shot compositions, the muted lighting in the grave moments, the false brightness of the corporate boardroom, Singh brings all of it alive with deft skill. Charu Shree Roy’s editing is fluid and flawless. 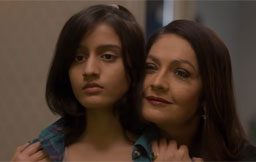 The music and background score of Bombay Begums are its crowning glory. The jazzy numbers sung by Chitra are sweet, mellifluous and melancholic, and stay with you for long. We would love to listen to the entire songs if they are made available at a later date, as we’re sure a lot of people will.

Brilliant performances, including a scene-stealing one from Pooja Bhatt

A slight drag in the middle episodes