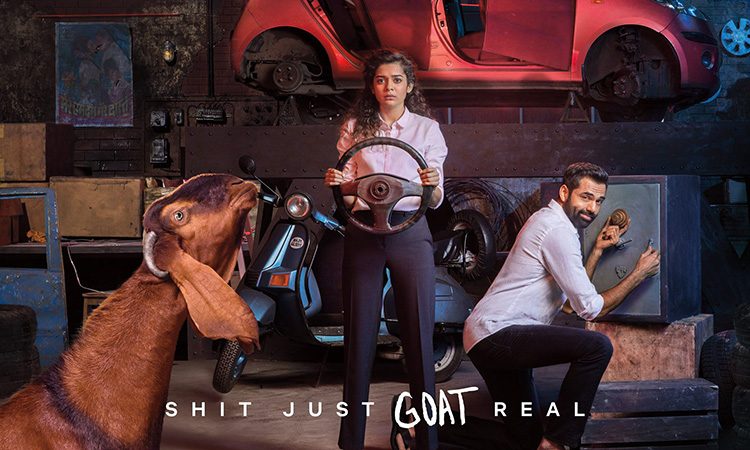 Nirma Sahastrabuddhe is a timid girl working as a Chinese translator in a private company. After saving up money to buy her much-beloved car and buying it, she miraculously loses the car near a temple on the very day she purchases it. Chopsticks tracks her efforts to retrieve her car, which is ultimately in the hands of a goat-loving gangster Fayaz. Will she make it? 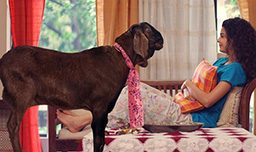 Mithila Palkar is the face of the film and continues to be the effortless performer she’s always been. However, the filmmaker here reduces her to the role of a bubbly girl with little grey matter, the kind of space she’s now been getting typecast with. Her on-screen wit helps us forget this though. Abhay Deol returns to action after a long time and provides amiable company to her. His role as a conman who’s good at unlocking stuff doesn’t get established well. Though it’s an assured, confident performance, it appears that Abhay has stiffened up as an actor. He’s too relaxed in his approach to making this work.

The idea of a timid girl chasing a dangerous gangster to win back her car is a very interesting premise to have on a script-level. That it happens with the help of a budding chef who has a knack of opening safety lockers creates some initial curiosity. But Chopsticks never rises from there and in fact, it’s a free fall towards boredom. The narrative drifts away from the plot of the lost car and begins to focus on the romantic equation between the lead pair, which is very silly.

The girl’s characterisation as a Chinese translator barely makes sense and the director treats her like any other dumb heroine who doesn’t have a mind of her own. Abhay Deol’s role in reference to the lost car lacks clarity. The director over the course of the film’s 100-minute duration keeps building unnecessary subplots that don’t contribute much to the story. In a short time frame, there’s no effort to keep things pacy and things proceed at a leisurely, moribund fashion, which kills a spectator’s interest.

There are some flashes of brilliance in the thread dealing with the antagonist though. Like the idea of the gangster to send his well-built goat to a sports championship, organising a birthday for his unlikely pet and the use of the song ‘Zindagi hai safar hai suhaana’ at different situations in the film. Nirma’s idea to kidnap the goat in an attempt to earn her car back from the gangster creates some interest. However, these are only a few fleeting moments here and there. There’s nothing that’s concrete on a story level and one clearly saw the absurd climax coming. Sachin Yardi fails both as a director and a co-writer. 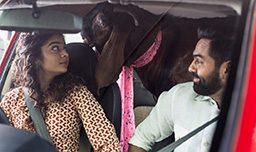 Being Netflix India’s first original production, a lot of hopes were riding on Chopsticks to deliver the goods. It’s hard to believe that the digital giant okayed such an amateurish script for the same. The classiness in their production is one among its few plusses. On the whole, Chopsticks could have been way more entertaining.

Vijay Raaz is the only other actor beyond the leads to get huge screen space. As a quirky, unpredictable gangster who could do anything to ensure the safety of his goat named Baahubali, the performer showcases the madness needed in the role. Though his transformation as a peace-loving guy towards the ending isn’t easy to believe on a story level, Vijay Raaz makes the shift feel convincing.

Composers Pradeep Mukhopadhyay and Mukesh Parmar bring together a music score that has the right peppiness to match the film’s uncanny premise. It’s modern, light-hearted and also has an indie-music touch that brings the film alive in its crucial moments. The editing is just about okay and not much can be done if the writing is itself so poor and dull. The writers Sachin Yardi and Rahul Awate don’t provide enough flavour in the screenplay to sustain a viewer’s interest. They fail to capitalise on a potentially interesting premise. The cinematography though is edgy enough to warrant your attention.