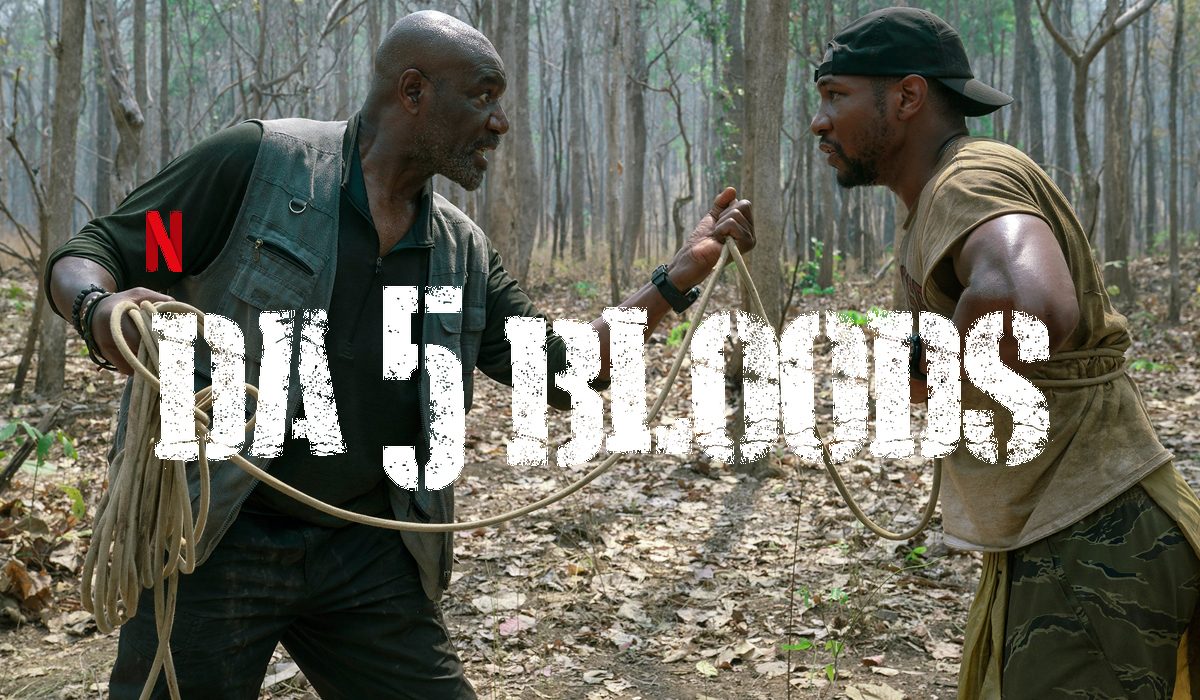 Da 5 Bloods is about four aged war veterans, Paul, Otis, Eddie, Melvin who return to Vietnam. They come back after decades to retrieve the gold buried by them during the war. What happens during the process is what the movie is all about?

Delroy Lindo is not the lead per se, but he has got the most complex and disturbing part from the senior actors. Also, the 5th blood within the context of the title happens to be his son.

Without any doubt, Delroy Lindo has come up with a memorable act. The different layers of the character are neatly explored and enacted. It might seem a bit over the top in parts, but it goes well with the overall tone of the movie.

The climax stretch is a make or break deal along with the one panic attack sequence in the middle. If one hasn’t like the latter, chances are high for a disconnection, in the end. 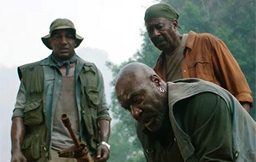 Director Spike Lee is known for his bold and controversial movies that are also high on concept and engaging factors. Sometimes, they don’t get realized to its true potential and sometimes, they do. Da 5 Bloods is where Spike Lee gets it right. The movie works on multiple levels, making it one of the ambitious ventures from Spike Lee.

Right from the opening, with the inspiring Muhammad Ali footage, Da 5 Bloods gets going and sucks us into the narrative. The characters are then introduced with fun banter, and soon we get into a flashback.

The proceedings move forward with these three parallel tracks – the historical context, the past and the present. The last of these, which is what is happening in the present, is intertwined with those two. This mixture works superbly and makes the narrative engaging.

The core theme is related to the black people and the injustice that is done to them. The character of Chadwick Boseman, in the flashback, and the historical context through various real-life incidents are vital to the narrative and the story. They add a lot of depth to the proceedings and what makes it even potent is the relevance to the current times. Without it, the whole thing could be seen as propaganda. In its present form, it turns to a history lesson.

The relationship curve between the ‘bloods’, their bonhomie and division, further adds to the historical context. It brings out a realistic picture.

The search for the gold and everything else happening within that context story-wise is just the base on which the history lesson is presented. It is crucial not for its narrative quality, but to make the whole thing palpable and not comes across as a boring documentary. It takes a predictable route, but that isn’t much of a problem in the larger scheme of things.

With the predictable plot involving the gold retrieving, there is something unexpected in the store which further keeps a thrill element alive. The action is done in a raw and gory manner, however little they are. Few and only come towards the final hour. 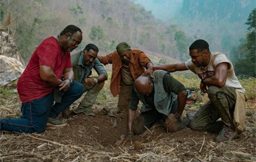 The other problem is the lengthy scenes involving the banter of the four main protagonists. There are many, and some feel like never-ending. Yes, they do add to the plot eventually, but still, they have stretched testing patience, at times.

Overall, Da 5 Bloods works wonderfully when seen with a historical context. On the other hand, it would come across as regular average action fare without considering it. Either way, it is a moderately engaging watch one-time.

Clarke Peters, Norm Lewis, and Isiah Whitlock Jr are the three senior actors playing the key roles along with Delroy Lindo. They all share lovely chemistry, which helps in elevating the simplest of scenes. Each gets a solo moment to shine, and they do exceptionally well in them.

The background score by Terence Blanchard is terrific. It reminds us of the classic Hollywood movies made in a similar space. The cinematography by Newton Thomas Sigel further enhances the appeal visually. The editing is good. The writing by Spike Lee, Danny Bilson, Paul De Meo, Kevin Wilmott is free-flowing and intense at the same time. 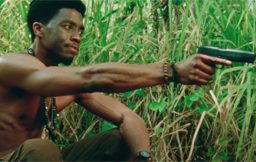