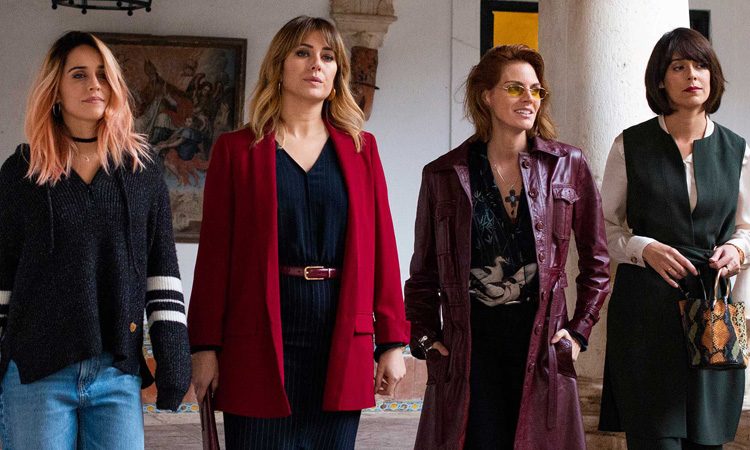 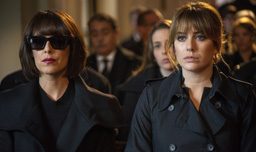 Four sisters Sara, Lucía, Sofía and Claudia, quite content in their little cocoons, are in for a rude shock when they come to perform the final rites at their mother’s funeral. While the only intention of the siblings is to take up their respective property shares and disappear into oblivion, their world turns upside down with a startling revelation about their dad not being their biological father. Worse, to earn their property share, each of the sisters are obligated to hunt for their biological father. Having imagined their mom to be a faithful wife to their dad all their lives, the shocked siblings are on a journey to find deeper truth behind their paternal identities. Among an artist, a patisserie owner, a church father and a janitor, the daughters try to find their answers. The wicked-yet-superb premise makes way for a dull narrative that’s neither sensitive nor witty enough.

In a 75-minute narrative surrounding four leading protagonists, you really can’t ask for a great scope for performance. But, here it is, in case. Blanca Suárez, who plays Sara, gets probably the most well-established role among the four siblings. The actress effectively brings out the void she experiences in life, her heartbreak and the struggle in accepting her biological father. Macarena García, in the role of Lucia, looks and is styled like a dream, but there could have more to her beyond feminine charm alone. Ditto for Amaia Salamanca too; through her character Sofia, the director explains the trauma that the LGBT community faces in the society. It could have been conveyed better if only there was some identity to her beyond the gender aspect. Belén Cuesta, essaying a middle-aged woman who’s in the middle of a divorce, shows some spunk in her brief screen time.

It’s hard to believe that an award-winning filmmaker like Gabriela Tagliavini would settle for something as mediocre as Despite Everything. And what’s even more baffling is her inability to fulfill the potential of a superb premise. The idea of a woman conceiving four children from different men could have been a pathbreaking one to explore the pressures of monogamy. And telling it through the eyes of a woman who’s unregretful about being in a relationship with multiple men at the same time, should have made for an interesting perspective. Alas, the film doesn’t even come close.

The characterisation of the four daughters is such a letdown. The director isn’t at all interested in exploring the stories they carry with them. The shock value for an uncanny premise such as this is never felt in the narrative. It’s as if four women find their fathers one after the other and share a few fights and sob-stories in between. There’s no struggle in finding the biological fathers of the girls and so much more could have been done to make their journey, a poignant one. To be fair to the director, it’s also the poor writing that does the damage here. 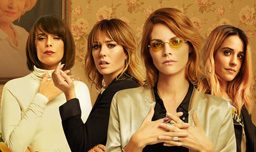 The running time of 75 minutes may sound pleasing to the ears, but this is bad news in terms of the shallowness the film has got to offer. What’s the use of a crisp narrative when it is so pointless? The ending and the transformation of the daughters appear hurried and forced. The only trace of emotion is in the comforting words that the mother says to the daughters and she deserved a backstory for her need to find love from four men. The non-biological father’s role is reduced to some comic relief, which explains the filmmaker’s disinterest in her project. A couple of characters from the LGBTQ community find a representation in the film, but it’s hard to say if it really creates an impact.

Carlos Bardem is just okay in the eccentric role of an artist with a fascination for nudes. It could have been an interesting character in the scheme of things, but the director doesn’t seem interested to explore his mind as much. Emilio Gutiérrez Caba, as the father of the four women, displays an uncanny sense of humour that adds some life to the proceedings. Rossy de Palma’s portrayal of a transgender in the film catches your attention and this is also a part that merited some more elaboration.

The composer Emilio Kauderer doesn’t deliver a superb music score. Nevertheless, his use of select music-portions to help the women recollect their happier, younger days during their journey is effective enough. The cinematographer Kiko de la Rica uses interesting motifs throughout the film to explore his characters, especially the one dealing with the eccentric artist. The editing could have been more innovative for an off-beat premise, the linear flow doesn’t provide any surprise factor in the film.

Despite Everything Review by Srivathsan N