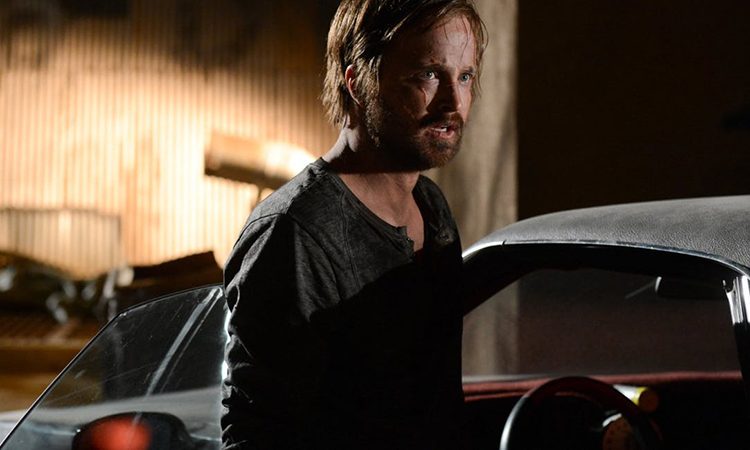 As the title, El Camino: A Breaking Bad, suggests, the movie is a direct take-off from the climactic events of the iconic Breaking Bad series. It offers closure to the character of Jesse Pinkman. What happens after he escapes from the cage? How Jesse’s life ends is what the movie is all about?

Aaron Paul has lived in the role of Jesse Pinkman. It is the defining part of his career. In El Camino, he relives the role one last time. Aaron Paul brings back all the depth and sincerity of the part and shows the years of suffering the character has undergone in his face. The gruff voice adds to the impact. 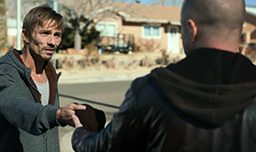 Within the movie’s run time, Aaron Paul, backed by excellent writing, has been able to show the remarkable transformation. From a helpless guy to growing in confidence and ultimately finding peace, Aaron Paul delivers the expected.

Vince Gilligan is the creator of the show Breaking Bad. It is rated as one of the greatest shows of all-time. As writer and director, Vince knows his characters inside out, and that is reflected once again in El Camino.

The characteristic writing style of Vince Gilligan which is tremendous focus on attention to detail and unexpected conversions are all there in El Camino. It is what makes the slow pace a non-issue. We know there is something unusual in-store and there will be a high pay-off. The director builds, holds and then delivers on the expectations. It is a quality that has been seen all over the Breaking Bad universe.

The fact that once the movie is over and still, we can remember many scenes, like the first interaction between Jesse and Todd, the search of Todd’s apartments, the western guns fight sequence etc., is a testament to Vince’s incredible writing prowess. He makes what could otherwise be flat and dull scenes stand out with his unique touch, background score and editing. 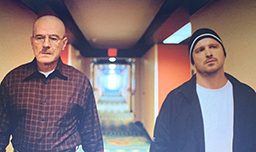 El Camino starts slowly but gathers momentum as it moves. On the way, it gives something rewarding to new viewers as well as loyal followers. The past touches are emotional, and fans are sure to love them. The climax is the perfect and happiest end of screen character in recent memory. And it is well deserved too. Let’s hope that the director has no further plans.

Overall, El Camino offers a fantastic closure (of emotions) to the fans of Breaking Bad. For others, it is an engaging thriller that is slow but has enough intense and suspenseful moments.

There are minimum characters in the movie. Mostly, they are peripheral roles in the original series but used effectively here. Jesse Plemons as Todd nails the serious yet goofy personality. It is the writing more than the act that works here.

Charles Baker is sure to become a fan favourite just for the help that he does. It is a small part that has importance in the story, but nothing much to say concerning the acting. The same is true for Matt Jones as well.

Scott Shepherd and Scott MacArthur are superb in their brief roles. They are the real antagonist in the movie. All the scenes involving them and Aaron Paul are intense and provide a thrill ride. Tom Bower is a classic example of the creative skills of Vince Gilligan. He was super useful for the brief moments of the story he appears in.

Robert Forster appearing his last outing as an actor (he has died on the day of the premiere) is terrific. He plays the part with ease and adds to the overall tense factor. His presence is more cherished when we arrive at the end. The old weary expression conveying a sense of relief and melancholic happiness says a lot with very fewer words.

The rest of the actors have brief parts which include Tess Harper, and Michael Bofshever as parents of Jesse. Bryan Cranston, Jonathan Banks and Krysten Ritter appear in cameos reprising their roles from Breaking Bad series much to the delights of fans.

The music by Dave Porter is used sporadically to build intensity and create a feeling of tension and sudden rush. It is highly effective throughout. The cinematography by Marshall Adams looks ordinary initially but gets better as the proceedings gain momentum. The editing by Skip Macdonald is excellent. It is razor-sharp and gives a unique feel to the movie.

A Feeling Of Light Weightiness, Easy-going

El Camino Review by Siddartha ToletiFollow us on Google News