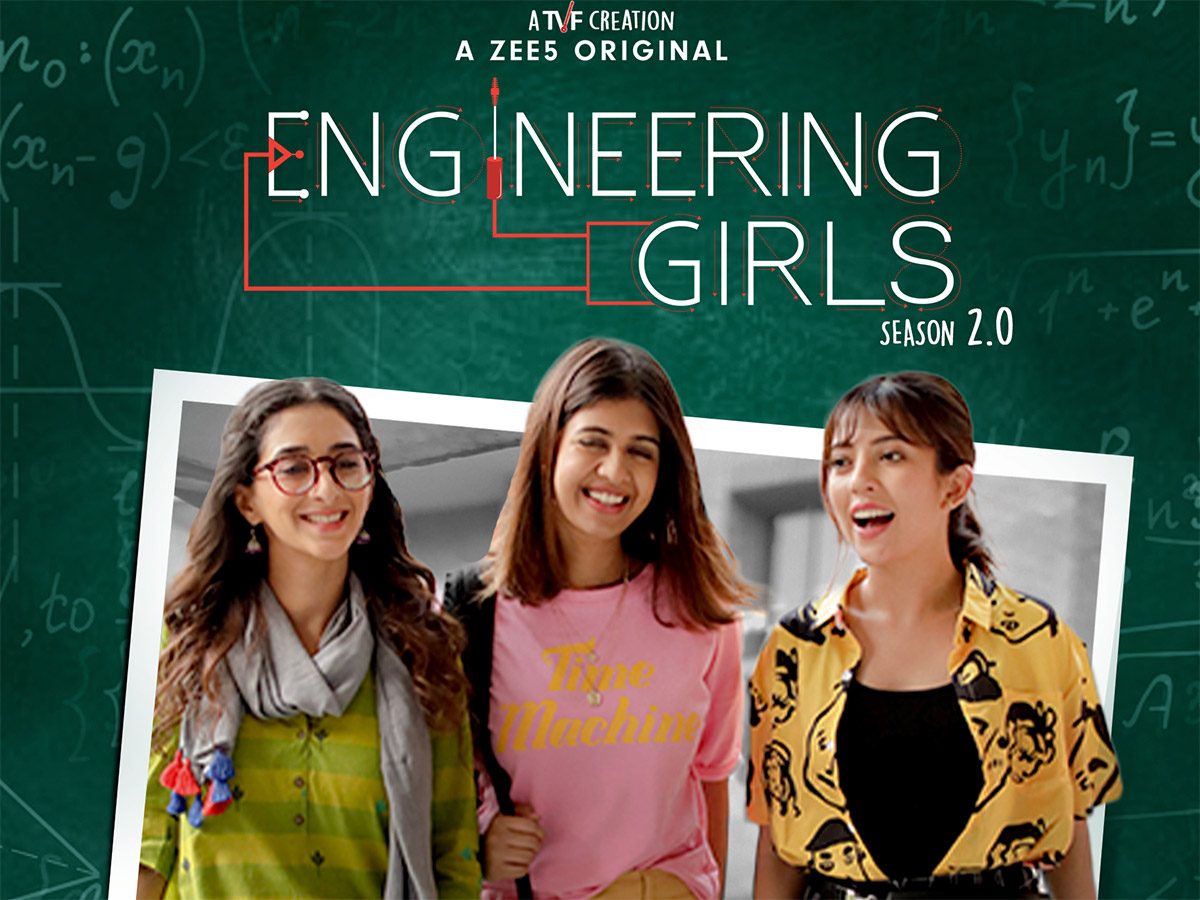 ZEE5 acquired The Viral Fever’s “Engineering Girls” Season 2 for streaming on its platform. The first season of the show streamed on YouTube on TVF’s ‘Timeliners’ channel. It was then picked up by Netflix, and is still available to stream on the platform. Engineering Girls Season 2, as we mentioned earlier, has been picked up by ZEE5. The new season takes up from where the debut season left off.

The show is a slice-of-life, coming-of-age drama that portrays the life of three girls studying in an engineering college. It shows how they navigate the trials and tribulations of career issues through five short episodes. The show is written by Manan Maadan, directed by Himali Shah, with Apoorv Singh Karki being the creative director.

Barkha Singh is steady and self-assured as the practical-thinking Sabu. Kritika Avasthi is winsome and wins the viewer’s heart as the naive Maggu, aka Meghna. Sejal Kumar, as Kiara, is the least compelling and convincing of the three parallel protagonists. Abhinav Anand as Mayur is average.

Girls in engineering colleges are a rare breed – making up only about 20% of the total percentage of engineering undergrads. They are even fewer in the top tech colleges in the country. For this reason alone, there’s a particular wistful romanticism attached to engineering girls. However, The Viral Fever’s Engineering Girls S2 fails to depict this very real fact associated with the stream of engineering. “Hostel Daze” TVF’s other show on the hostel life of engineering students scored better in that aspect.

Engineering Girls Season 2 is nothing about engineering, and all about petty everyday things that could very well occur with students of any stream – even the Arts and Humanities, or Commerce streams. The girls are now in their fourth year of engineering, but seem none the better for it. All Maggu wants is to land a job at the end of the year college placements, just so that her parents don’t marry her off after college. The sequences showing her personal interview and group discussion rounds are uninspiring and bland. She is given the dumbest dialogues possible, making the entire exercise a travesty of storytelling.

Saabu, on the other hand, is preparing to pitch her startup idea to venture capitalists. These sequences are so shoddily written and directed that she could well have been a school student presenting her eighth grade project to subject moderators. Her setback and then subsequent triumph fail to move or impress the viewer, dull and tedious as they are.

Kara’s arc is the least interesting of the lot. Her tussle with another girl over some silly street drama and monologue is tiresome and boring. Honestly, watching paint dry is more exciting than putting yourself through the ordeal of watching Engineering Girls Season 2.

The show pays just lip service to the exalted field of engineering. At no point in the narrative are the students, and the three protagonists, made to do anything meaningful with their time as engineering girls. All in all, Engineering Girls is a waste of time, resources and celluloid.

The background score of Engineering Girls is sufficient to do the job intended for it. The signature song of “Shaitaniyaan”, rendered by Jannabi Das and composed by Swaransh Mishra is still pleasing to listen to, as it was in Season 1. The editing and cinematography are adequate.

No highlights worth mentioning