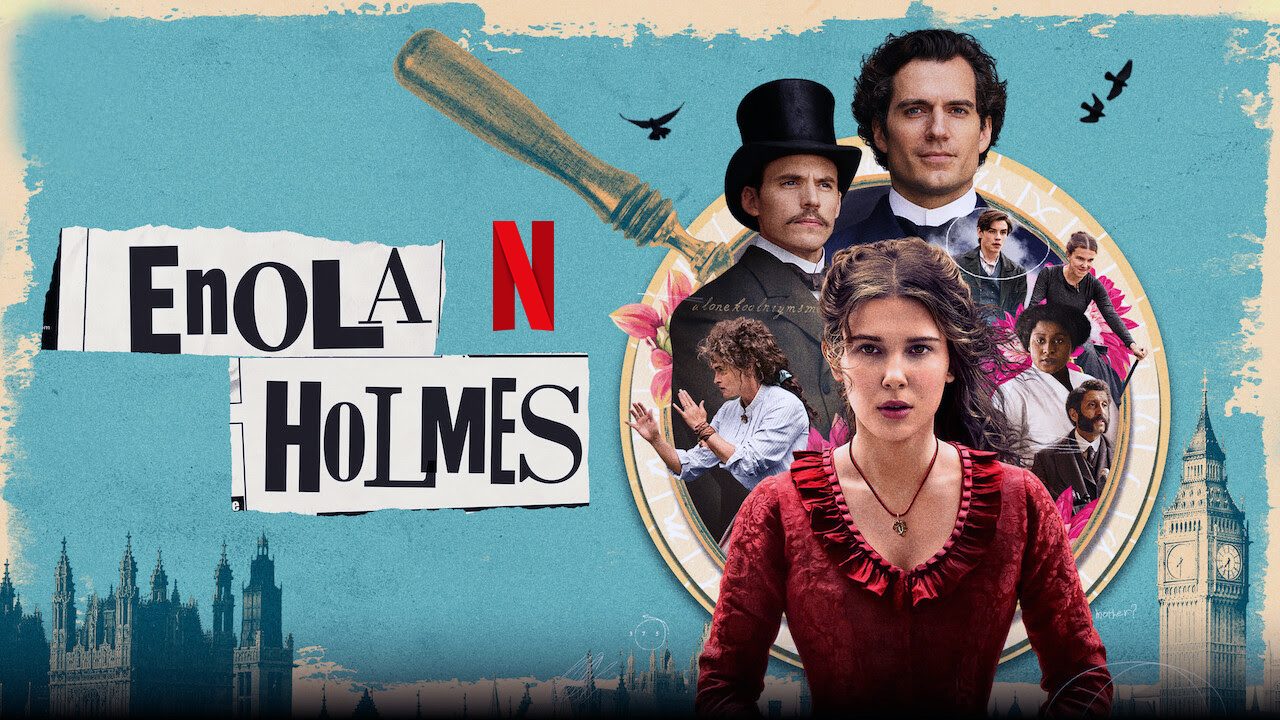 BOTTOM LINE: A Timely, Charming Upgrade to the Holmes’ Universe

Skin N Swear: Occasional use of strong language, no sequences of on-screen intimacy

Enola Holmes, the popular detective Sherlock’s sister, has just turned 16 and is devastated to find that her mother has mysteriously disappeared from the sleepy town. Her father had expired many years ago and she hardly has any memories of her brothers, Sherlock and Mycroft, who had left home to make their careers in London. The brothers return to only belittle her mom’s hasty move and plan to send Enola to a finishing school, but the young girl remains unwilling. Enola later makes sense of the cyphers that her mom leaves behind and flees on a train to find her, where she encounters a young Viscount on the run, Lord Tewksbury. Little does she know that the journey would pave the path for her self-discovery. 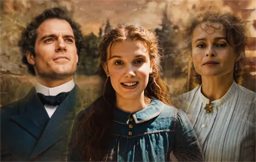 Millie Bobby Brown is an excellent choice to play the title character and never does she let the goofiness of the part undermine its mental strength. She’s unapologetic being Enola replete with her eccentricities and makes it hard for a viewer to notice anyone else on the screen when she’s around. Helena Bonham Carter as Eudoria Holmes has a limited appearance, but it’s to the director’s credit with the way he utilises her presence minimally and so effectively and it’s a good addition to the actor’s filmography post The Crown.

Henry Cavill and Sam Claflin are smartly cast as the Holmes’ brothers who’re as different as chalk and cheese. Henry’s costumes, body language in moulding himself as Shylock doesn’t go unnoticed. Louis Partridge is endearing as the elegant, young prince with a terrific sense of humour and shares great on-screen chemistry with Brown. Adeel Akhtar, Frances de la Tour make a good impact while they last.

Enola Holmes is a welcoming, relevant and an equally charming spin to the male-heavy Holmes universe; it couldn’t have landed at a better time than now when the entertainment industry across the globe is striving for inclusivity on all fronts. The film, adapted from a fiction-series on the lead character penned by Nancy Springer sees the world through a young adult in the late 1800s. Enola grows up in a sleepy village amidst the woods, home-schooled, raised by a single mother, her only surviving parent. She has gobbled up all forms of literature available in her library, has been served lessons in history, physics, fitness and every other aspect that would gear her up to take on the world as an adult.

Her mother’s unexpected disappearance gives her a rare opportunity to come out of the cocoon, smell the coffee and test her mettle – physically, psychologically. The film offers an intriguing insight into her inquisitive mind without losing charm, be it her unflinching trust on her mom, the unspoken love for Sherlock, the ability to look at life as an endless series of puzzles and not losing her identity in the process. The teen romance between the young prince and the title protagonist is perhaps the film’s most heart-warming dimension; it’s delicate, tender and importantly where gender balance isn’t compromised. The regular tropes of a romance are subverted smartly; the girl is mostly the protector, it’s the guy who seems vulnerable. 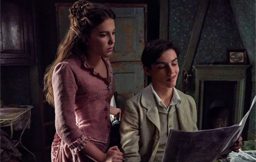 The film balances various genre-specific elements with enough flourish, be it thrill, action, romance, mystery or adventure. Although there’s a constant worry if Sherlock would hijack the narrative from his less-popular sibling, the film brings the onus back on its protagonist in regular intervals to dispel any such fears. The characters find innovative ways to communicate with each other – through words, numbers in the classifieds section of the newspapers, flowers, cards and the constant reference to the wordplay surrounding Enola and ‘alone’ (when read in reverse) is cheeky. She keeps imagining many reasons for her mom’s exit from her house and the storyteller takes stock of her evolution from a girl to a woman smartly.

Enola’s flair for coming up with caricatures and wacky illustrations at opportune moments, the exquisite production design and CG work that recreate the 1880s with such precision, sharp dialogue add more authenticity and colour to this universe. Though the mystery that Enola unravels about the royal conspiracy, in the end, is far from convincing, the conviction with which the film establishes her mental and physical strength, the oddities in her behaviour makes the journey worthwhile.

While most recent upgrades to popular tales from the Disney repository, like The Lion King or the Aladdin or the Beauty and the Beast or Cinderella, haven’t made a wholehearted effort to give agency to their female characters, it’s commendable that a filmmaker (Harry Bradbeer) found it necessary to tell the Holmes’ story through the viewpoint of a woman and does it well. Given that the author has come up with a series of books on Enola, it’s certain that the subject has ample scope for the long-form storytelling format in the digital medium. Until then, soak in Enola’s world with glee! 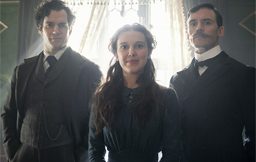 Periodic tales leave behind a lasting impact if adequate attention is attached to the technical finesse in the storytelling. The sound design, production design, underplayed background score and cinematography encapsulate everything that the story requires in its complete glory. Jack Thorne’s writing may appear over-smart at times, but ultimately Enola Holmes is a tale told with a lot of heart and great sincerity. The two-hour length may seem overblown, but it provides a long-enough window for the viewer to absorb the efforts of the cast and crew.

Consistency in the characterisation of the lead protagonist

Slow to take off