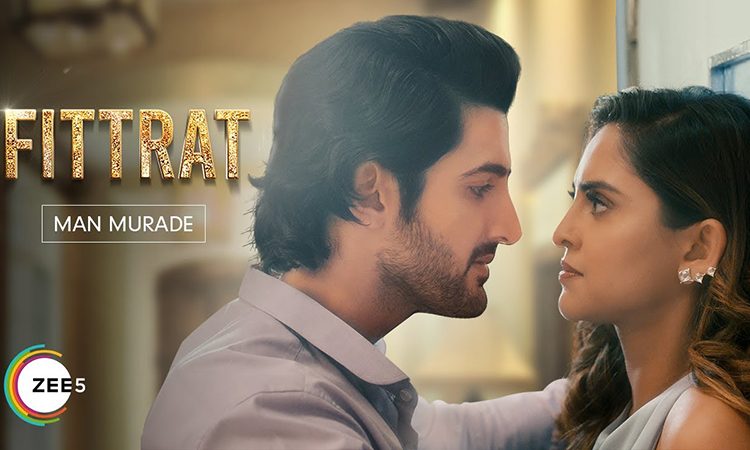 Fittrat is essentially a story of two childhood buddies Tarini Bisht and Amrita Sareen. While Amrita is a girl born with a silver spoon, Tarini hails from a (not-so) lower-middle-class family. Money is no barrier to their friendship and Amrita is accommodative enough to make Tarini an integral part of her life, even if it is against the interests of her parents.

The classic love triangle conflict arises when Amrita’s handsome fiancee Veer Shergill has the hots for Tarini as well. While Veer is persistent in his attempt to woo Tarini, the latter sticks to her ground and even casually dates Amrita’s brother Bunty. Little does Tarini know that she is the sacrificial goat in this tale that’s more than what-meets-the-eye. Will Tarini and Amrita’s friendship resist this acid test? 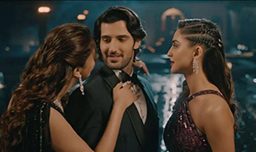 Krystle D’Souza invests her heart and soul into the role and it shows. Though she might not have the acting range and the ease of a Sobhita Dhulipala, who did a similar role in Made in Heaven, her fashion sense, style and screen presence are apt for the needs of this story. Anushka Ranjan, for whatever reason, looks and is styled strangely similar to Bipasha Basu in the series. Her performance is just okay, but her on-screen bonhomie with Krystle is quite organic and serves the purpose of the series.

Aditya Seal is surprisingly effective as the good-looking die-hard romantic, caught between his father’s business pursuits and his heart’s true calling. He presents the right attitude and sassiness, and brings a mysterious quality in his act, that creates intrigue. Divya Seth, Kitu Gidwani seem to have had fun playing the society-conscious moms to perfection, always advising their daughters about men, romantic escapades and social status. Kaizaad Kotwal is interesting with his character transition through the various stages of the series, from a cheeky dad to a no-nonsense businessman.

The best part about Ekta Kapoor’s productions is its uncompromising desi-quality. They celebrate Indian masala fare like no other platform – the heightened melodrama, the music, the cheesy one-liners and in the case of Fittrat, a classic love triangle. Two best friends – one rich and one poor- and a handsome lad to create a conflict. The poor girl, having faced financial blues quite early in her life, wants to settle down with a rich man. What if the rich man is her best friend’s fiancee?

Everything about the plot is unabashedly cinematic, it’s an escapist fantasy. Back that up amid Karan Johar films-inspired larger-than-life styling in addition to a cocktail of bitchiness, lust, betrayal and revenge, the recipe seems pulpy for the small screen. Though the foundation of the story is wobbly and old fashioned, with two women deciding their ultimate goal is to make rich men fall for them, the director Santosh Singh is successful in transporting a viewer to a universe where there’s no political correctness.

The women wear bikinis, designer clothes and are content in being coy with their romantic interests, the men do the business meetings and strategies. The men have coloured characterisation too – Veer, for instance, a diehard romantic, is the only window to his father’s financial aspirations and has to settle for a marriage mainly for the money, while another girl wins his heart. The story uses the masala template to explore the shallow lives of the upper crust of Delhi, where relationships are an excuse for the money.

There’s an undeniable guilty pleasure associated with the watching experience, although an air of predictability clouds it consistently. It gets better when the attention of the story shifts to Tarini’s pursuits as a journalist (who tries to expose a political conspiracy surrounding Veer’s real estate project). The love-versus-business angle ensures some juicy dramatic moments between Veer and Tarini. The progressive ending isn’t something you foresee – the protagonist says lines like ‘ you don’t need a man to make your life worthy’ and ‘I’m my own hero’.

Fittrat, despite the preposterousness in the plot, works because it isn’t pretentious and knows there’s no rocket science involved. However, the maker’s idea of poverty seems too far-fetched to feel remotely believable. Frankly, if you’re looking for emotional depth, Fittrat shouldn’t be your choice. Everything here is eye candy, functions on a surface level, meant to provide instant gratification and doesn’t have a re-watch value. 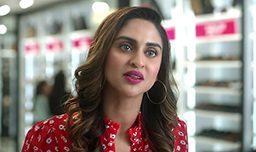 The music of the series by Sandman is good enough to even warrant an album. The highs, the lows, the pathos, the drama reflect in the songs effectively through the episodes. They are haunting, chirpy and fit the mood of the situation at the same time. Fittrat is a story extremely dependent on its on-screen lavishness, aura and luckily for Fittrat, the art director and cinematographer Anubhav Bansal make for a great combo, ringing in the right amount of class and artistic flavour to the backdrop. The writing could have been less convoluted though, and the initial portions deserved a better basis.