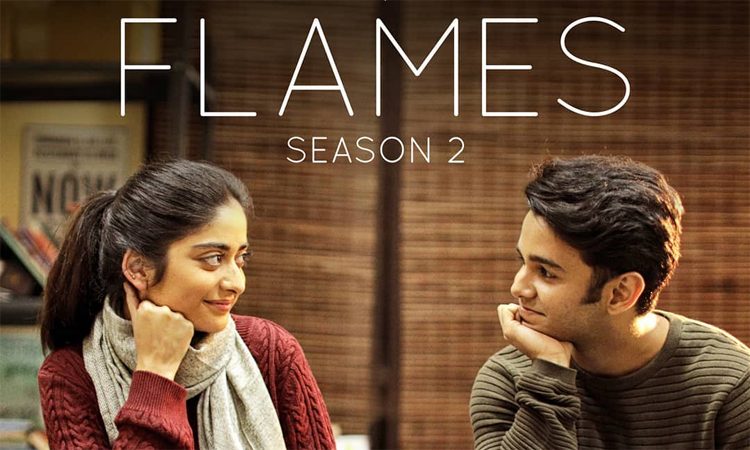 The season 2 continues to track the journey of Ishita and Rajat as new lovers. What are the problems they face? What happens as a result and how it all ends is what the series is about?

Simultaneously, there is an additional track involving another pair and a teacher. The latter’s coaching institute is under threat of getting removed. How they all come together forms as the overall graph of season 2 of Flames? 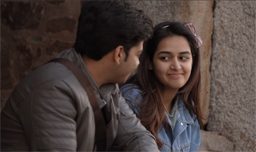 All the actors are reprising their parts from the first season. It is like an extension to what they have already done. Ritvik Sahore plays the average teen with low self-confidence to perfection yet again. He stays in character throughout and nails the small moments as he did in the first season.

As said above, the role is an extension. So, we have a burst of anger and frustration, come out organically. It has been building from some time it all comes out neatly. Ritvik does a proper job in conveying those emotions.

The only problem with Ritvik is that he is getting typecast. He is playing a similar sort of roles. So, while Ritvik is portraying them well, it is all on a familiar and comfortable terrain that isn’t pushing his acting skills in a newer direction.

Apoorva Singh Karki who has directed the first season of Flames returns in the director’s chair for the second as well. It helps in keeping a consistent tone. Also, as he knows the characters and their world inside out, he is able to flash out them well.

Thanks to the presence of the same set of actors, on-screen and the team behind, the second season seamlessly merges into the first one. It is like the second half of a movie.

There pitch-perfect casting and writing is a significant asset of the series which hooks us from the start. However, the second season lacks the magic of innocence of the first one. The runtime and scope have been expanded. Flames 2, seems bigger as a whole, but it doesn’t ignite the same warmth and passion as the previous one. Not that it is entirely absent, but is on a lesser level.

The real deal-breaker for the second season is the penultimate and the climax, episodes. After lots of repetitive and prolonged corny lovey-dovey stuff, we get to the crux here. The topic of depression is brought out neatly through the character of Ishita. When Ishitha asks “Why should I make relationships?”, it strikes an emotional chord. Similarly, child suppression, whereby the child wants to run away from home, are appropriately brought out.

The conclusion to both the core issues are simplistic and fantasy-like, but the way it has been presented via the acting and writing is excellent. It puts across the point and the ends the series on a positive note.

However, the predictable narrative and clichés present throughout are the more prominent issues here. Nothing new is presented for a large part. The ‘chemistry’ angle provided through writing (in conjunction with life) feels a bit muddled like the chemistry itself after the initial simplicity.

The usage of original songs takes away the magical quality of season one. Its intentions with the music are right, but the ‘music’ lacks the depth and heart touching quality.

Overall, Flames 2 is a timely watch for the finale. It is a message that needs to be put across and heard. The flavour and warmth with which it is done are sufficient. And, for that alone, we recommend it. But, in a critical sense, the content in season 2 doesn’t have the same feel or magic of the first one.

Tanya Maniktala is superb in the role of Ishita. Her character graph and the topic are much fresher and relevant compared to the others. The gradual diminishing of happiness leading to depression is neatly brought out through her role. Tanya has mostly got it right. 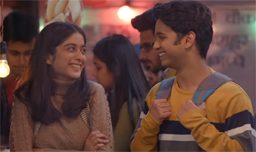 Music and background score has been provided by multiple artists that include Tusshar Mallek, Afroz Jahan, and Lalit Pandit. The background score is beautifully done. It sets the right mood for the story. The cinematography by Georgy John is satisfactory. The writing by Kunal Aneja is excellent and is the heart of the series. There are many standout parts where the emotions are brought out excellently through the script.

Flames Season 2 Review by Srivathsan NandhurFollow us on Google News