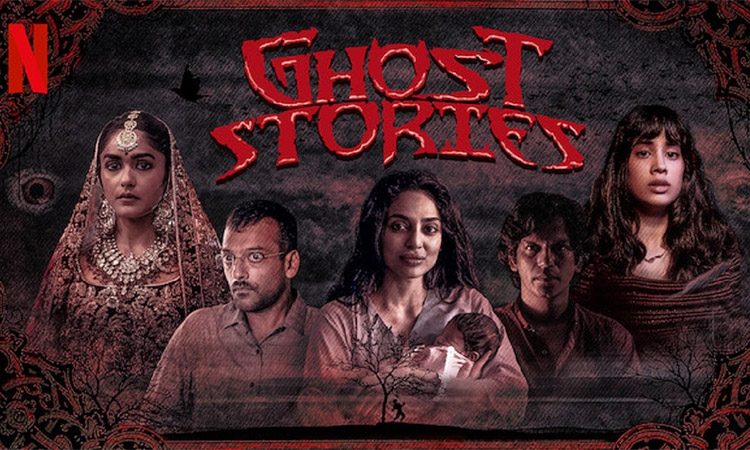 BOTTOM LINE: Extremely Original Ideas Let Down by Their Vagueness 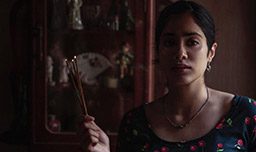 Four stories based on the very idea of ‘fear’ have been narrated by four filmmakers Zoya Akhtar, Karan Johar, Anurag Kashyap and Dibakar Bannerjee, in extremely contrasting storytelling styles for Netflix a.l.a what they did for their earlier collaborations Lust Stories and Bombay Talkies.

While Zoya Akhtar’s tale is about a creepy episode revolving around a homestay-nurse Sameera and an ailing elderly woman, Anurag Kashyap’s part deals with the travails of a pregnant woman and her inability to come to terms with her mysterious past. Dibakar Bannerjee’s short opens the viewer to an interpretative account of a man’s spine chilling experience at a village full of man-eaters whereas Karan Johar’s conclusive act is about a 20s something guy’s obsession with his grandmother that freaks out the newly wed-bride entering the house. 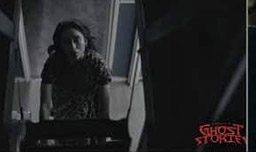 Zoya Akhtar’s short: Jahnvi Kapoor proves that she has it in her to mould well into a complex role and the composure in her brief appearance throws a good hint about the untapped performer in her. Surekha Sikri gives you the chills with her very presence in the frames.

Anurag Kashyap’s short: Sobhita Dhulipala with this outing proves how selfless can she get as an actor, with no regard for barriers or boundaries and surrendering to the vision of a filmmaker with great faith. It’s a dark, eerie space but the credibility that she gives to her act is the stuff of dreams for any storyteller. And it’s not hard to tell why Anurag Kashyap had opted for her. The child actor in the shoes of her nephew proves to be as fascinating too, exploring the dark corners of your soul with the simplest of glances.

Dibakar Bannerjee’s short: Although Dibakar Bannerjee’s segment is more about directorial brilliance and atmospheric tension over anything else, it’s hard to ignore the impactfulness of Sukant Goel as a performer. He’s so vulnerable and human in a short that’s also a lot about a man’s monstrous rage and greed. The child actors prove to be quite a handful with sparkling performances too.

Karan Johar’s short: Mrunal Thakur may not be as effective as her other counterparts in the film, but she delivers what’s expected of her brief, quirky role. Avinash Tiwary gets a very interesting part, however not explored to its fullest potential. The casting of the caretaker in this segment has to be one of the major successes of the show.

When the four aforementioned filmmakers discuss the supposed ‘ghosts’ in their stories, they don’t quite mean it literally. It takes some guts for a streaming platform to have trusted the audience’s intelligence in backing an original where what you see is not necessarily what you get. Ghost Stories is among Netflix India’s more atmospheric attempts, where the visual backdrop, sound design and diverse colour tones are an integral part of the storytelling, as much as the story itself. The universes in all these stories are as different as chalk and cheese, eerie and play around the ideas of fear, inner demons more than ghosts if one were to simplify it for an average spectator.

Take Zoya Akhtar’s short for instance, it keeps you guessing about an impending danger – the beauty of the storytelling lies in the tension the director generates within the gloomy, metaphorical backdrop. Making use of subtle sounds, creepy glances, tense silences, it has you thinking about what abandonment can do to an elderly person, but the idea doesn’t germinate into anything concrete, leaving the viewer rather perplexed. Nothing is told to you or spoonfed, you are left to make your interpretations about the incident. 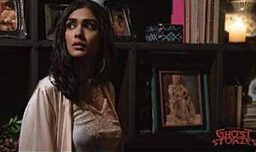 Anurag Kashyap too sustains the narrative tension that Zoya has in her short, but the story is more solid, digestible and compelling. It is deceptive on a certain level too – it starts as a tale about a young nephew’s insecurity about not getting the same love from her aunt after she becomes pregnant and opens you to the latter’s murky past later. The filmmaker uses tools like surrealism, bringing together elements of art, nature to discuss the deeper fears of the protagonist. Although the unconventional, unsettling execution may not seem inviting for a spectator, Anurag Kashyap takes it upon himself to explain his idea of inner demons in this extremely path-breaking and original short.

If a strong fear quotient is what you expect out of Ghost Stories, then Dibakar Bannerjee’s short is the most effective one among the four. In a metaphorical story that discusses the small town-big town divide innovatively, the filmmaker constructs a survival thriller where the protagonist has to battle a town full of maneaters a.l.a zombies, helped by two children from a hamlet. The man-animal (monster) conflict is explored with delicate precision in the story, about how humans develop animalistic instincts and have a murderous rage to usurp their counterparts. The ending is poignant, evocative and has a viewer thinking about it long after the show ends.

Although there were always doubts about Karan Johar’s ability to helm a ghost story, the surprise he delivered with Lust Stories is too fresh on a viewer’s mind to discount his credibility. However, the filmmaker comes a cropper in his short this time. While it’s unsurprising that his premise has to revolve around a glorified wedding of two privileged youngsters, the shallowness in the storytelling disappoints the most. Though the atmosphere built towards the finale is reasonably exciting, the simplistic ending spoils the fun.

Keeping adjectives like ‘good’, ‘bad’ and ‘mediocre’ aside, Ghost Stories can be a fun outing if you watch it with an open mind. It has some of the most original storytelling stretches with terrific shock value. Zoya Akhtar, Anurag Kashyap, Dibakar Bannerjee and Karan Johar, despite being extremely credible brands with distinct filmmaking styles, come out of their comfort zone and push their horizons in own little ways with this outing. If one were to go by the face value of Ghost Stories, it may not have generated the scares one expected out of it, but, this by no means can be relegated as a lazy attempt. 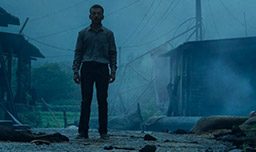 The unsung heroes of Ghost Stories are the contributions coming from the technical department, in staying true to the visual atmosphere of the backdrops conceived by four different filmmakers. The texture of the underplayed sound, the murky apocalypse-like mood of the execution, the dark undertones in the visuals are put forth with so much care that the attention to detail is mind-boggling indeed.

Yes, but it may not work for all

Provided, you go with an open mind.