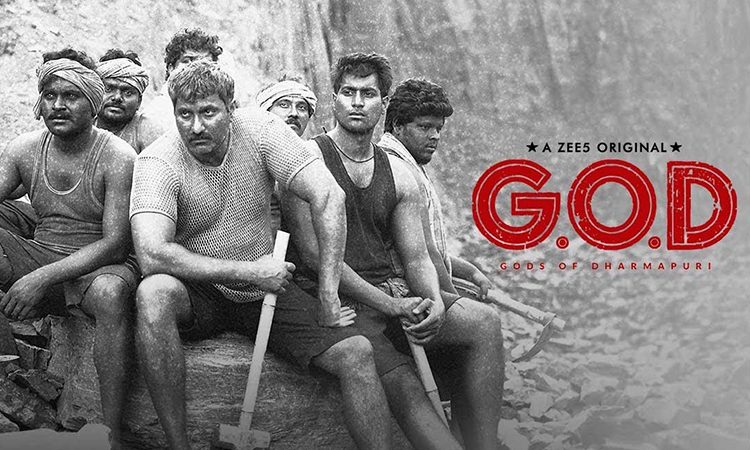 Gods of Dharmapuri is a story about the quest for power, the hunger to gain it and the greediness to retain it. It’s about the changing sensibilities of an average voter as much as the power-hungry leaders to capture their pulse. The story revolves around the family of Pratap Reddy, who begins as a small-time mining labourer in Dharmapuri, only to turn the tables against the system when his dignity is compromised. He wins the trust of the villagers over the years, inviting the ire of the veteran leader D N Reddy, whom he ultimately vanquishes.

Power doesn’t bring the best out of Pratap and his son Venu Reddy too inherits his political zeal, however charting a different path for himself. The other son Ravi Reddy is a spoilt brat, who focuses more on instant gratification than the larger picture. The mother Saroja is a mute witness to the mayhem surrounding her. What does destiny hold for the family? 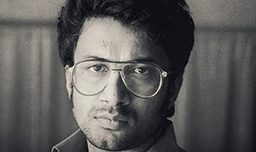 Raj Deepak Shetty, playing Pratap Reddy, spearheads the series well but his performance isn’t quite the fireball of intensity you expect it to be. His massive build, assertive glances work for the character of a blood-thirsty patriarch. However, his act lacks a vigour that could have given the role, a larger-than-life appeal. Satyadev Kancharana is in terrific form as an actor and he gets a complex part (torn between his ethics and political zeal) that offers him good scope to showcase his range. Chandini Chowdary has an assured screen-presence as a village belle who stands by her man, come what way. Samyukta Hornad, who returns to the Telugu industry after Ulavacharu Biryani, sinks her teeth in the role of a mysterious journalist.

But, the best performances come from the unexpected names – LB Sriram, Sruthy Jayan and Karthik Ratnam. Rarely have directors visualised LB Sriram in a negative role and the veteran actor proves to be a handful for the trust the director places in him – be it his settled dialogue delivery that conveys the calm before a storm, the wiliness in his eyes or the surprise transformation in the end. Sruthy Jayan is a revelation as Pratap’s wife. Her effort to express the turmoil in her heart even as she helplessly watches her family get ripped apart comes through in her performance. She gives the series a much-needed emotional depth. Karthik Ratnam proves to be a powerhouse performer and there’s something about him that makes him tick for a yesteryear setting. The madness and innocence in his eyes are infectious. For all the subtlety he showcased in C/O Kancharapalem, he shows there’s a wild side in him waiting to be explored too. John Kottoly, Baladitya, Anish Kuruvilla (as a typical cinematic editor of a newspaper) have portions where they shine.

The world of Dharmapuri, the fictitious backdrop against which the series is set, is alluring or it’s fair to say that it’s constructed rather beautifully. The lands in the Rayalaseema region may be dry, but the hearts of its residents are moist with raw emotion, the series tries to say. There’s as much greenery as there is bloodshed. The men here may wield the power, but the women complete their world. Just like the Kurukshetra episode in the Mahabharata, the battles in the village are fought for their justice. There’s deceit and manipulation in every corner. Utilising a strong mythological base and Godfather-esque world (that’s probably why the series is named after God too), the foundation of the story is solid. The Rayalaseema slang gets its biggest on-screen tribute and the authenticity of the dialogues take you by surprise.

The biggest strength of the series is the care it takes to establish the motives of its characters. No one is easily antagonised and everyone in it has their shades of grey, dirty secrets beyond their dignified appearances. Most of them seek a transformation but are caught in a helpless maze. Pratap Reddy, who had once emerged a beacon of hope for the people defeating the feudal lord D N Reddy, becomes a pale shadow of the latter in due course. What he seeks is power and not the larger good of people. It takes time for him to realise that certain sins don’t get washed away easily and can haunt his family for generations.

A line in the series reads, ‘Dharmapuri, abhivruddhi ki uri’ and the dialogue writer couldn’t have used better words to describe the lawlessness (absence of ‘dharma’) in the region. There are fascinatingly flawed characters and conflicts – the clash of ideologies between the father and the elder son, the contrasting mindsets of the siblings, the battle between larger purpose and the urge to avenge a personal loss. The character study is fascinating and there are so many layers – both literal and metaphorical- waiting to be absorbed.

The two halves of the series are pole opposites in terms of treatment. While the first five episodes delve into the character establishment, the other half is all about the dramatic segments – action, revenge and gore. Because the series gives so much importance to its characters and delineates them painstakingly, there’s no real surprise value about their intentions. The spoonfeeding becomes a bit too much to handle and you wonder if the director could have considered a non-linear narrative to keep a viewer guessing. 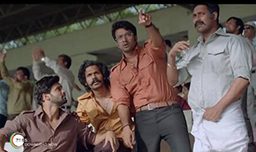 The media angle to the story is probably its more underwhelming dimension – the series tries to paint a picture that most journalists are agenda-driven who don’t make an effort to understand the larger truth. For all the adrenaline rush that the series provides in its earlier portions, the ending is a disappointment. A character’s journey towards becoming a CM seems too rosy and like a piece of cake, without nuance – given Anish’s interest in detailing, that seems a major letdown. The younger sibling Ravi Reddy’s fascination for cinema could have been explored with more flavour, barring a few fleeting glimpses of Bruce Lee, mention of actors like Krishna, NTR or Vanisri. The swear words come in way too frequently to an extent that it becomes an assault on the senses.

Yet, there’s no dispute about the fact that this is Anish Kurvuvilla’s best attempt at telling a story. The approach is quite refined and sincere and he’s utilised the strengths of the digital medium to his advantage. By a far stretch, he’s delivered the best Telugu web series made to date and something that regional language streaming enthusiasts would be proud of.

Shaktikanth Karthick proves to be more than a handful as a composer. Despite using only one song, he is smart to have used its music portions as a recurring theme through the series without making it feel repetitive. The periodic setting gets a score that’s surprisingly quite modern, with a westernised appeal and one that also embellishes the result. The cinematographer Naveen Yadav’s contribution is so integral to the viewing experience – the use of shadowplay, the clouds to signify danger, the sepia tone-like quality to the frames makes you fall in love with Dharmapuri, the place despite all its notoriousness. The production designer is upto his task well while not only capturing the intricacies of the timeline but also giving it a regality. The writing is impressive but could have been sharper.