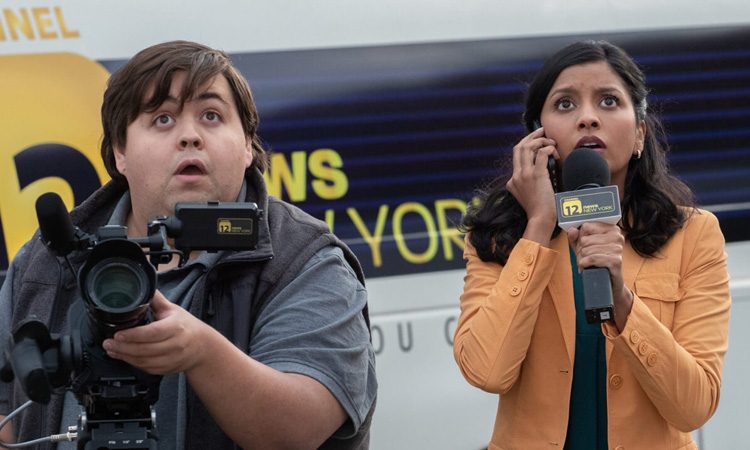 Kate (Tiya Sircar) is the daughter of a senator in New York City who independently works as a reporter for news channel covering dangerous accidents. Her overenthusiasm leads to a problem with the head at the office. She is, therefore, forced to cover low key happenings. The Good Samaritan happens to be one such coverage where a mysterious person delivers 1000 dollars to random people. What happens when the story by Kate (Tiya Sircar) blows into a national sensation? Who is The Good Samaritan and are his intentions noble? 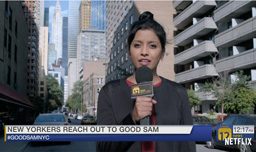 Tiya Sircar does a decent job as a news anchor. The part involving the reporting, live, interviewing and anchoring, are well done. It looks like she is well prepared for those segments. There is a commanding and endearing stance in those portions, even when she questions.

However, when it comes to regular acting, like drama or romance, Tiya Sircar flounders. She isn’t as comfortable, just like in the movie there is a visible unease when there is a talk regarding politics. It helps her that a lot of the film requires her to be in questioning mode though.

The setting and the basic story is good enough to deliver an engaging drama that can be simultaneously a commentary on various aspects of the current society. However, what we get in Good Sam is a regular run of the mill drama that sprints towards the end in a formulaic manner without delving on some crucial points, it touches on the way.

The focus of the director Kate Melville is the problem here more than the content. There is visible happiness that one can sense whereby picking the low hanging fruits and not aiming for something more profound is enough. The idea that there is innate goodness in people and that some people can still exist who don’t expect anything in return is good. Given the media and political set up, it should have been explored on a grand scale.

But, what we get in Good Sam is a simple and often juvenile looking take on a complicated set of emotions and ambitions. The case of the political aspiration of Jack or Good Sam’s reason for his act, although neat, are limiting the potential and confining it to smaller boundaries. It feels like a wasted opportunity to have a bigger reach for the message.

Among the best parts of the movie are the whole newsroom setup and sequences. The various pressures and challenges involving a media house are neatly presented, even if some of them appear cliché.

The boring parts are the romance and drama which are amateur at best. The narrative evokes an unintentional chuckle whenever we get into the romantic parts barring a couple of moments in the end. It has mostly to do with Chad Connell and weak direction.

Overall, Good Sam, much like titular ‘Sam’ has noble intentions, but are not carried out well to deliver a satisfying narrative. The weak direction and screenplay are to be blamed for the outcome. Watch it only if you have nothing else to do. 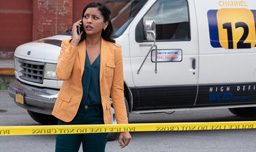 Besides Tiya Sircar, several actors have small but well-defined parts. Chad Connells has a crucial heroic role, but he fails to deliver in the dramatic parts with his stone-faced expressions. He is good playing a firefighter saving others, but one can’t say for sure if it’s him or a body dupe. The same is true for Marco Grazzini although we have to say he is a little bit better in drama. The real highlight is the newsroom team played by Jesse Camacho, Mark Camacho, Elana Dunkleman, Kelly Hope Taylor. Together they share perfect workspace chemistry which elevates the proceedings. No wonder they constitute the best parts of the movie. The rest are all small roles that are essential in the narrative but offer nothing special.

The narrative isn’t helped much by the music. It stays in the background mostly and is unregistered. The cinematography makes Good Sam feel like a high budget short film. The editing never lets the movie settle in rhythms as it jumps from one beat to other. It should have been way better. The writing is superficial mostly barring the technical jargons inserted in between.